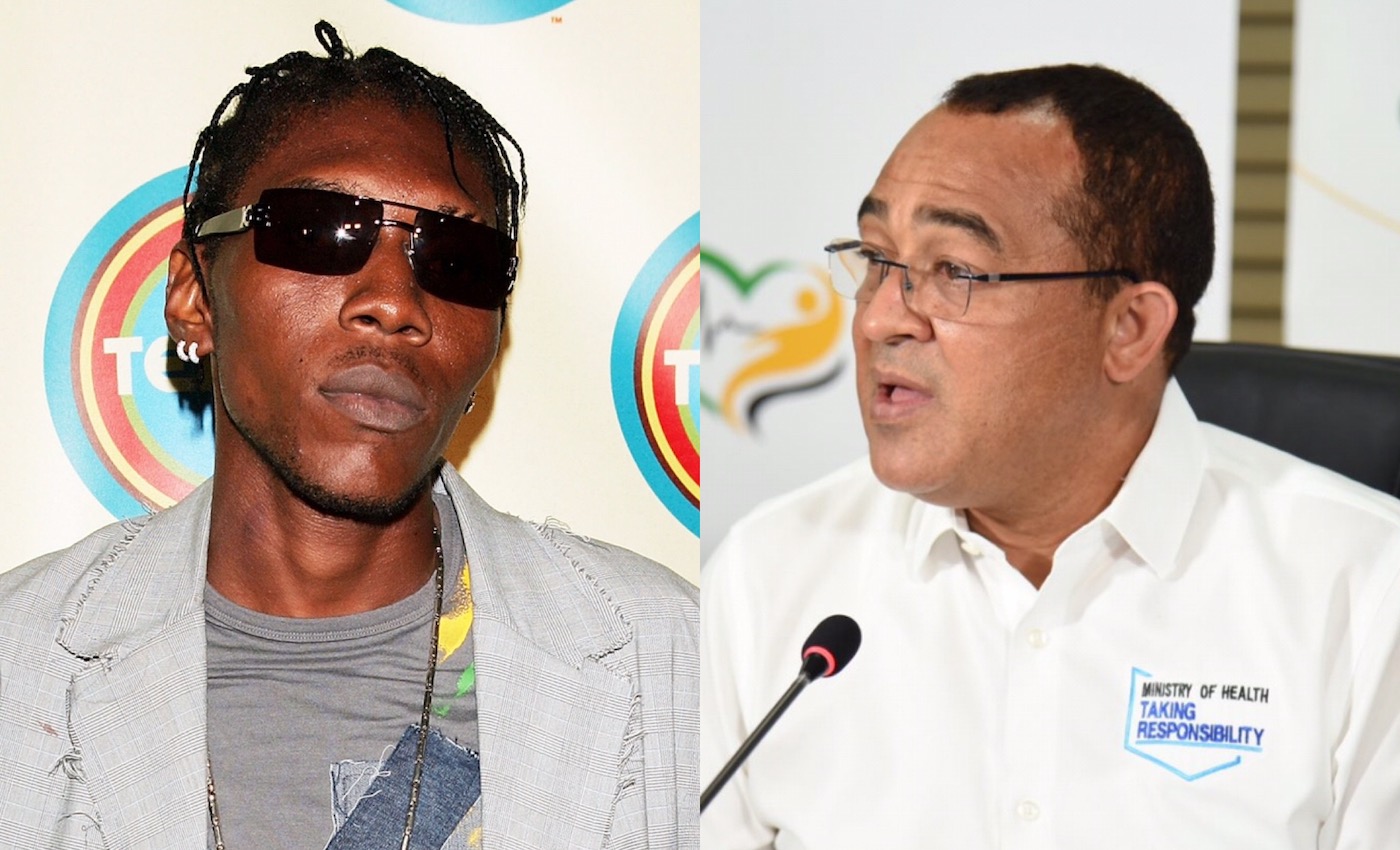 Following suggestions by Cultural Studies Professor Dr. Carolyn Cooper, Jamaica’s Minister of Health has indicated that the government is open to enrolling the efforts of Vybz Kartel in vaccination efforts.

On Tuesday, the government reported that it had successfully vaccinated 21,000 Jamaicans as the island pushes for complete vaccinations to fight the Covid-19 pandemic, which has seen the island in a state of semi-lockdown.

However, in spite of best efforts, there continues to be a pervasive anti-vaccine stance as many rely on conspiracy theories to justify not taking the vaccines. Currently, the government has been administering the Oxford research AstraZeneca vaccine, Pfizer, and the one dose Johnson & Johnson shots but has warned that if Jamaicans continue to not take the shot, it will have to be dumped.

However, it seems that the government is ready to try every avenue to get the message to Jamaicans. This means relying on the incarcerated deejay, whose wide influence on the dancehall community could bring some success.

According to both Tufton and the Opposition spokesman on Health, Dr. Morais Guy, enlisting Kartel’s help might work against the vaccine hesitancy.

On Monday, Vybz Kartel‘s lawyer said that the artist had not been vaccinated as the shot is not being offered to prisoners as yet. However, the artist is open to taking the shot and also assisting the government’s vaccination drive efforts via his music.

“The Government should recognise that dancehall is the biggest influence on the people, and if they are incapable of inciting the masses, then they should seek guidance. Vybz Kartel, and every entertainer in the entertainment industry, they have value,” Buchanan had told Journalists.

According to Tufton, it would be good for Kartel to take the vaccine and also be an influencer.

“Any support for the vaccination efforts is welcomed. We want all persons who qualify to take the vaccines and to lend support to encourage others to take it,” Tufton said in response to questions about his position on Kartel helping.

He continued- “there is no doubt that Vybz Kartel is an influencer, with many fans throughout the country. For his protection, I would like him to take the vaccine and if he can influence others to take it that would be good. I would be willing to work with the penal system to explore how it could be done.”

The Opposition Spokesman also suggested a Vybz Kartel jingle or song to encourage Jamaicans to get inoculated against the virus.

“Despite the fact that he is a convicted person, there is still an amount of influence he might have, and if he can make a jingle to encourage a significant portion of the Jamaican population to take the vaccine, then I am on board with that,” Guy said.

On the other hand, the government has set an ambitious target of vaccinating 65 percent of the population by March 2022 and wants to get at least 700,000 persons fully vaccinated by the end of September.