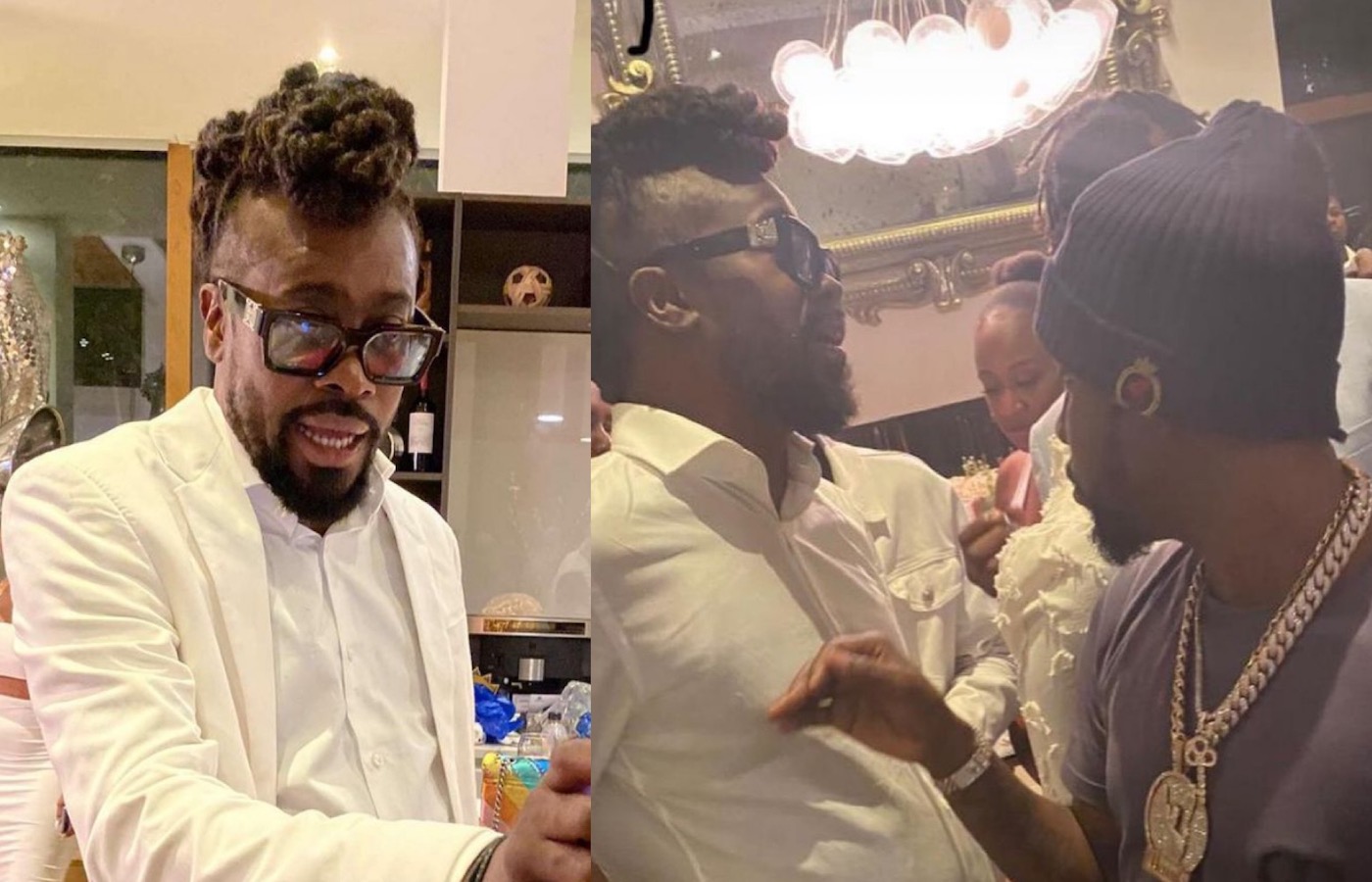 Beenie Man ring in his birthday like a legend in the UK with some of his friends in dancehall like Popcaan and Stylo G.

Beenie Man entered his 48th birthday in fined style over the weekend at his private celebration, in partnership with J. Wray and Nephew in the U.K. Videos circulating on social media show the deejay decked out in his white suit, along with many patrons at the party. One video shows a woman in her extravagant carnival fit gyrating on The Doc, who considers himself the King of Dancehall, to his 1990’s tune “Slam.”

Fans were quick to make fun of Beenie Man, who appeared to be on Instagram Live at the celebration, keeping the camera on one particular woman in her green wig, white pants, black tube top, and a denim jacket.

The woman was practically enjoying herself and entertaining Beenie Man, moving to his singles “Dancehall Queen” featuring Chevelle Franklyn (1997), “Back it Up” (2007), and “Big Up and Trust” (1995).

“Give it to mi now. Yuh ready?” Beenie Man could be heard saying to the woman in the background as he hypes her up.

“One time him cudnt whine pon a gyal,” one person jeers in the comments, making reference to Beenie Man’s past hesitancy when he was in a committed relationship with former girlfriend, Krystal Tomlinson. 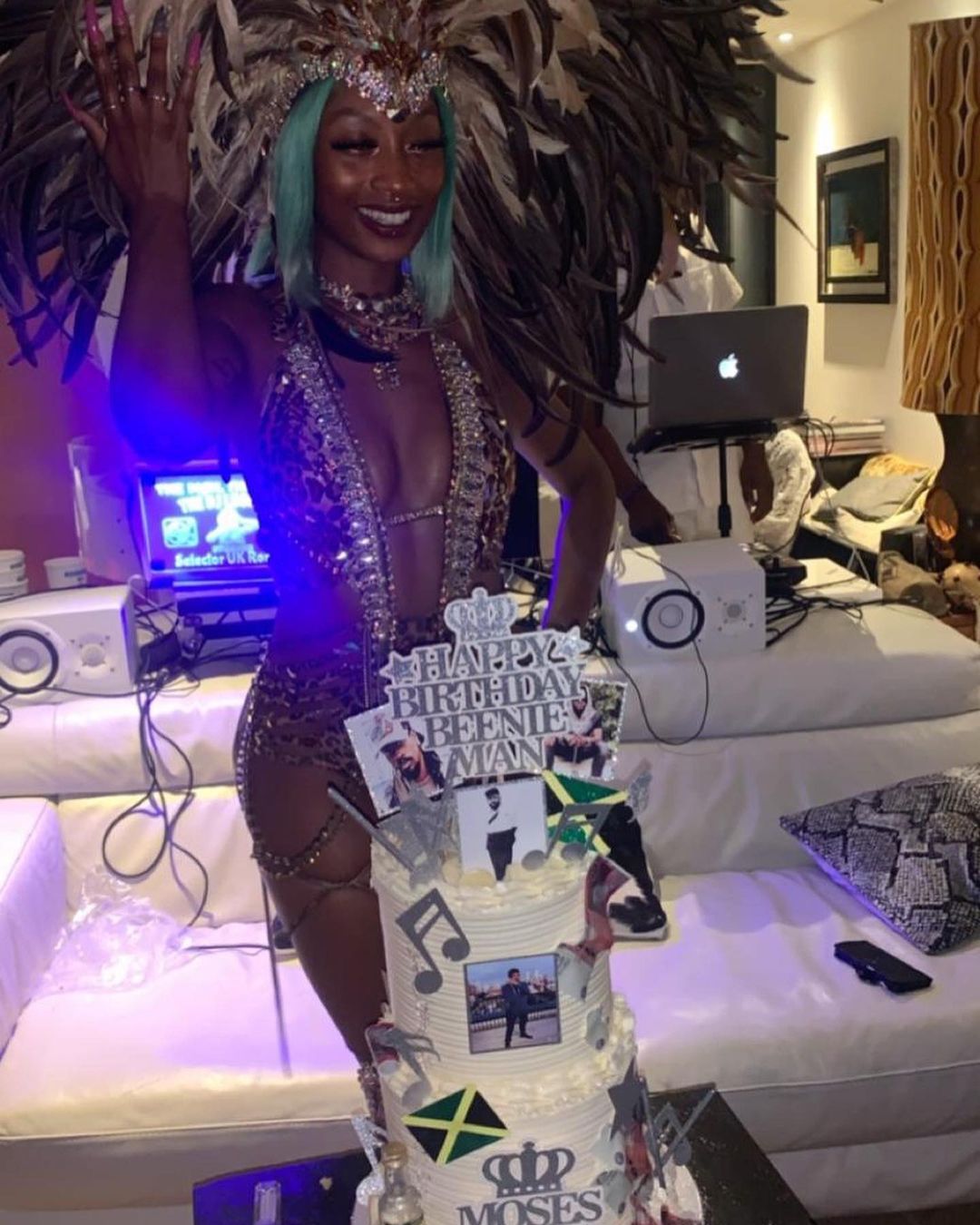 “That’s the look he like….the sexy slimmers,” another added.

Beenie Man is not quite done yet despite the party appearing to be filled with excitement and very enjoyable for the deejay. 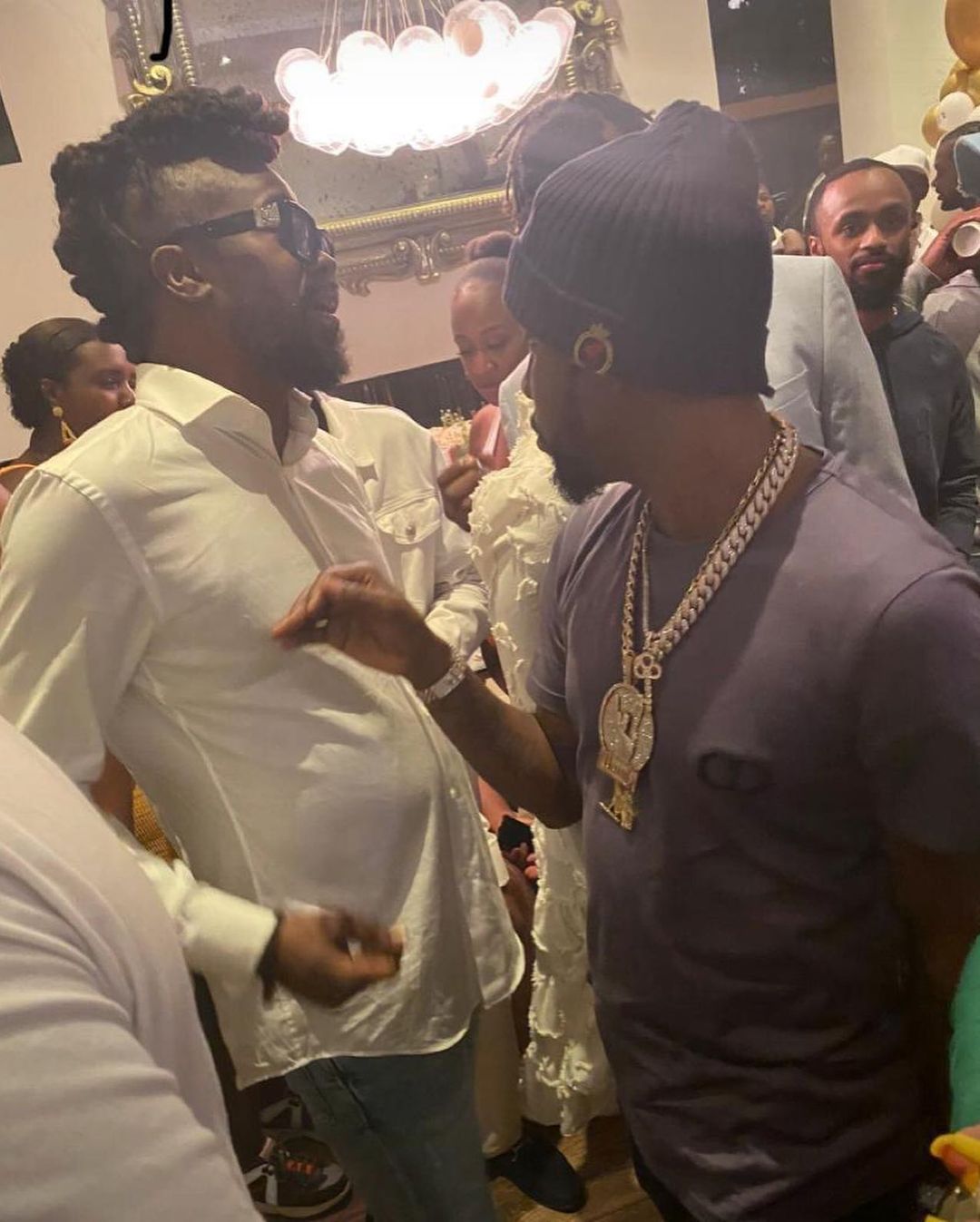 Wray and Nephew took to Instagram to update the public on the celebration, with a picture of Beenie Man standing beside his extravagant cake, made by UK’s Icy Cakes, and the carnival entertainer. In the second photo, Popcaan can be spotted around the sound system with his cup, with what is presumed to be alcohol in hand. UK-based dancehall star Stylo G was also at the party. 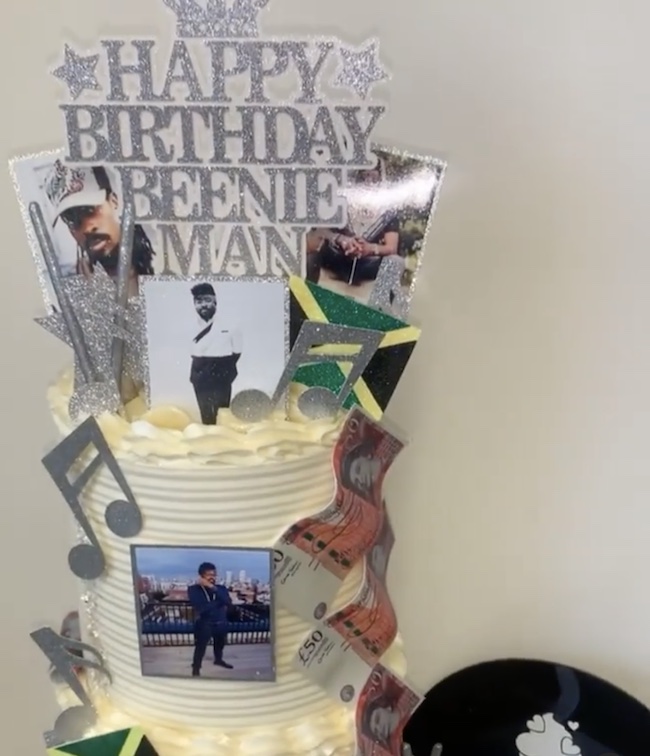 “We partied with @KingBeenieMan on the weekend for his birthday. And the celebrations continue this Friday [August 27] at the Wray Residency,” Wray and Nephew announced on social media.

The upcoming birthday bash is expected to be even more festive than the first, with fans expressing that they will be purchasing their tickets to attend.

Beenie Man was born in Waterhouse, Kingston on August 22, 1973, and from an early age, he started his musical aspirations. The “Who Am I” deejay is known for his impeccable fashion style and unique sound after more than three decades in the music industry. Beenie is famous for songs such as “Girls Dem Sugar,” “King of Dancehall,” “Romie,” and “Who am I.”

The dancehall legend is currently working on a new album.