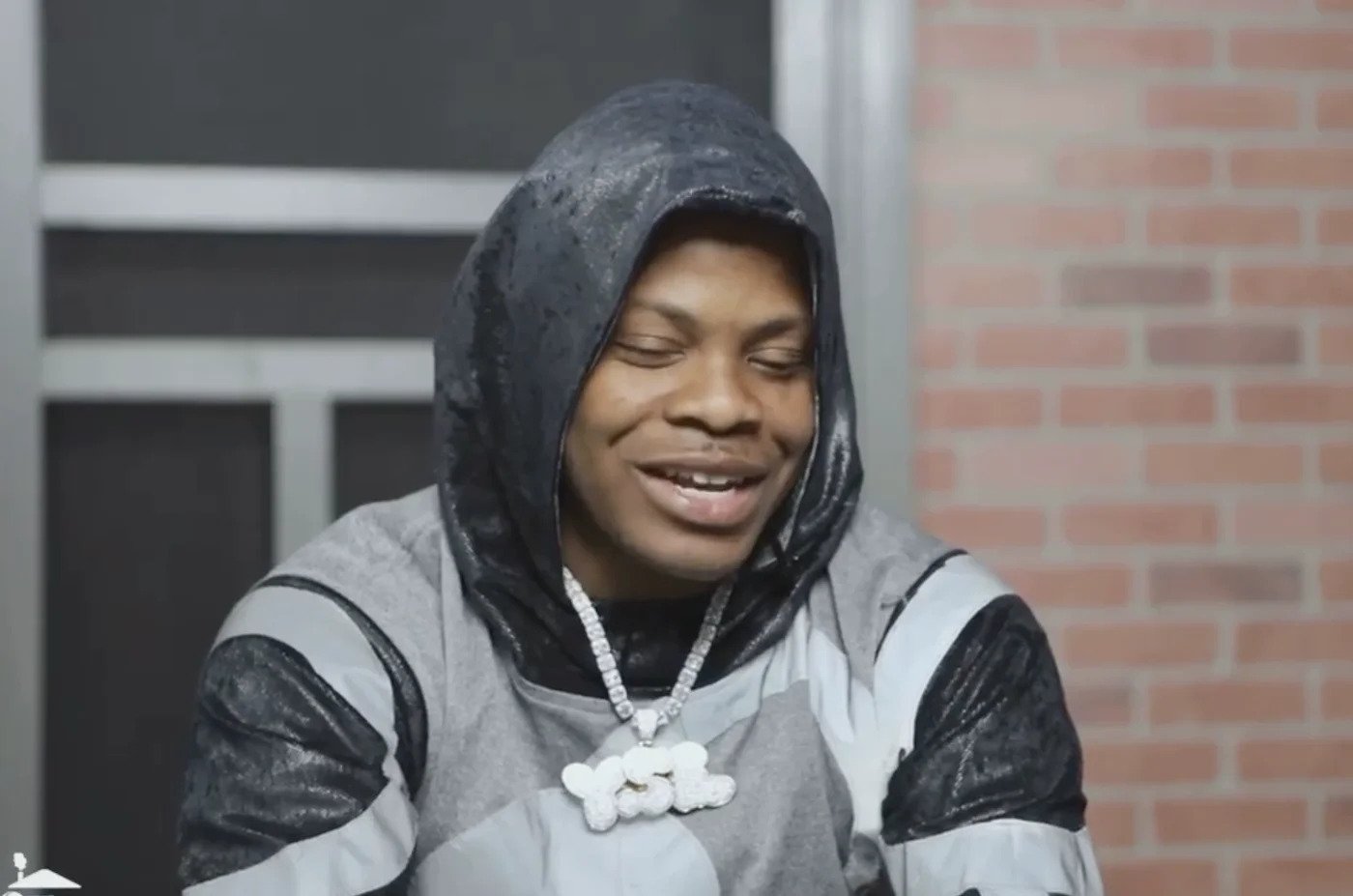 Young Thug’s brother Quantavious Grier has taken a plea deal in the Racketeering indictment of 28 members of the YSL hybrid gang in Atlanta.

Grier, who goes by the rap name Unfoonk is the fifth person to take a plea deal and be released from jail within the last couple of days after Gunna and admitted YSL co-founder Walter Murphy also copped deals in the case.

On Tuesday, news of Unfoonk’s negotiated plea deal sent ripple shocks across the hip-hop world as many were shocked that he would likely testify against his own brother. According to WSBTV, Grier entered a negotiated guilty plea of guilty on Tuesday he was charged with one count of violating Georgia’s RICO Act and one count of theft by receiving stolen property, to which he pleaded guilty.

As part of his deal, the rapper received a 12-year sentence with two years commuted to time served and the remainder – 10 years on probation. Like Gunna, Murphy, and others, Grier also had conditions attached to his release. He is to perform 750 hours of community service, and he is also obligated to testify “truthfully” if called by any party in the case.

Grier’s deal was released on the Fulton County Court website, which said the rapper could plead the fifth if called to testify. 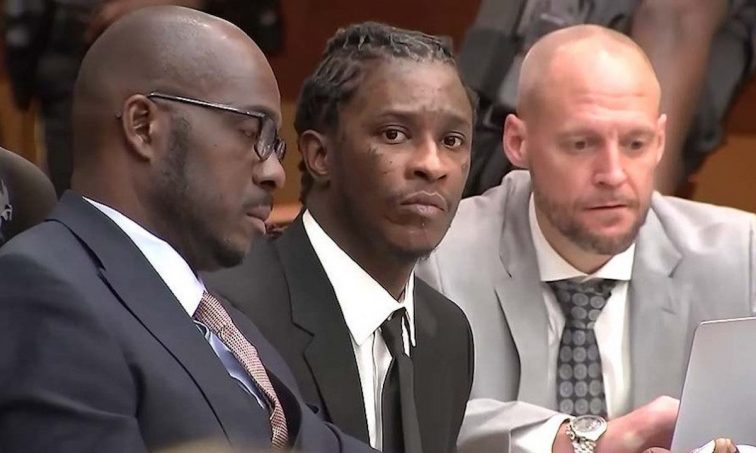 “[You] reserve the right to assert your 5th amendment privilege against self-incrimination,” the second condition read.

The other conditions of his release are that he must not have or possess guns during terms of his sentence or anytime thereafter unless his rights to do so are restored, he can’t commit any criminal acts, and he is also subjected to a 10 pm to 6 am curfew unless he is working, in school or during an emergency.

The deal also had special emphasis on his no contact with any defendants in the case except through an attorney and particularly with Young Thug.

“No contact with your brother Jeffery Williams (Young Thug’s real name) until this case has concluded,” the condition at (g) read.

There were mixed reactions to Grier’s release. According to New York Times reporter Joe Coscarelli, Young Thug’s brother was released from prison in 2019 on appeal for murder after serving 11 years of a life sentence.

So far, rappers Gunna, Slimelife Shawty (Wunnie Lee), Lil Duke (Martinez Arnold), and Walter Murphy all took Alford Pleas and have been released from jail with similar conditions to Grier.

The YSL pre-trial hearings continued Tuesday with Young Thug’s attorney Brian Steel insisting that the rapper was not being offered a plea deal.

As for what the pleas mean, the fifth amendment is only applicable for self-incrimination, not answering questions that could incriminate another.

The YSL RICO trial begins on January 9, and the defense and prosecution as presently going through potential evidence to come in the trial. 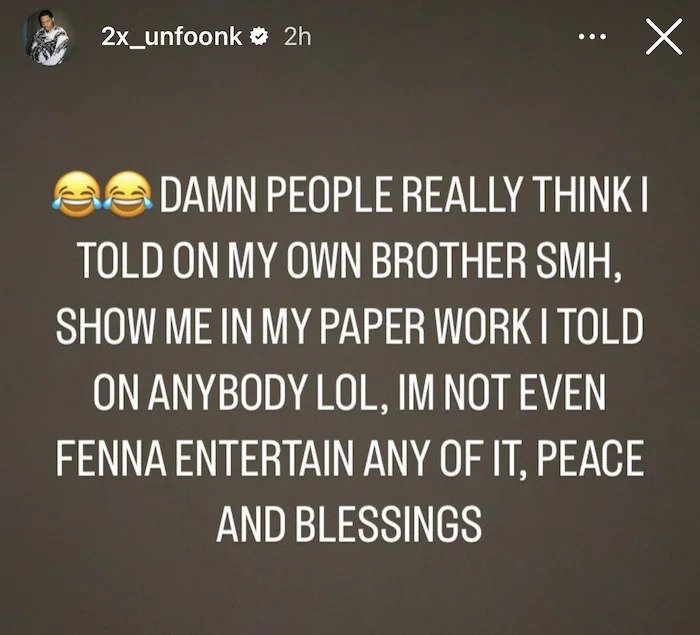 Unfoonk has since reacted to some backlash he has been getting on social media as news of his plea deal spread. “Damn people really think I told on my own brother smh, show me in my paper work I told on anybody lol, im not even fenna entertain any of it, peace and blessings,” he wrote in a message posted on his IG Story.