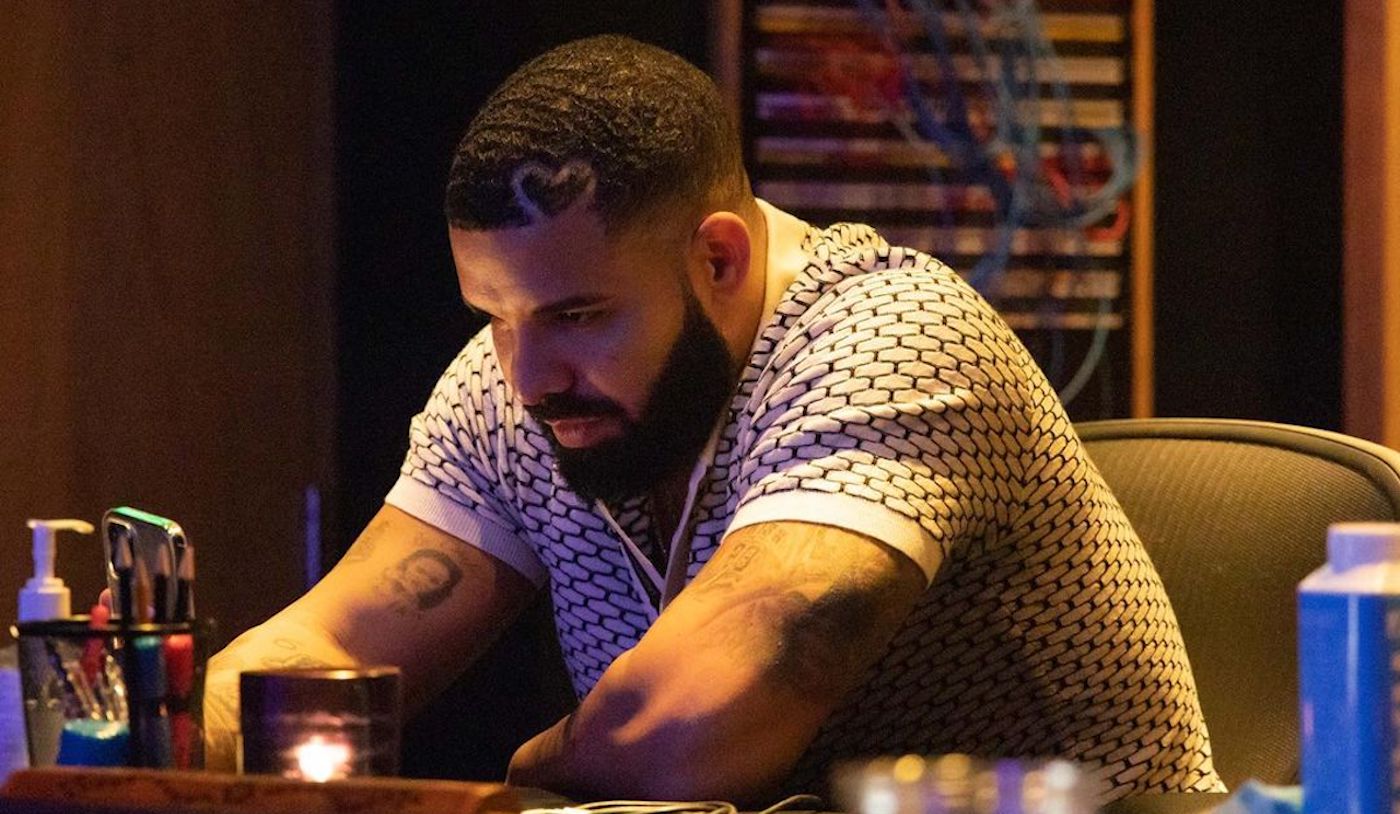 Destiny Paris James, who first appeared in Drake’s “God’s Plan” video, is graduating as she shares the joyous occasion of completing her Master’s degree journey with the financial help of the Canadian rapper.

On Wednesday, she shared photos of herself in a white dress complete with a sash draped around her neck and her cap in her hands as she looked off in the distance. James appeared in the 2018 video, which showed Drake surprising her and also further surprising her with a cheque of $50,000 to help her complete her education.

The South Carolina woman is graduating from the University of North Carolina’s Chapel Hill Gillings School of Global Public Health with a Master’s Degree in Public Health Behaviour.

At the time of her donation, she was still pursuing undergraduate education at the University of Miami. The donation by Drake covered parts of her undergraduate studies and her Master’s studies.

The now-23-year-old graduated in 2019 with her bachelor’s degree in public health and went on to pursue studies at UNC. She shared that the donation by Drake has helped her to achieve her lifelong goal of being certified in public health.

“Public Health has been a passion of mine since 2016 when my dad passed from stage 4 lung cancer,” she said in an interview to the Shade Room. “Obtaining this degree is something I will always be proud of! The obstacles I was able to overcome fueled my fire and I am so proud to say I am now a graduate of the #1 ranked public school for public health in the country.”

In a post shared on her social media announcing her graduation, she said, “Mama, I mastered it. Daddy, I did it,” in tribute to her father who died of cancer just as she completed her freshman year in Miami. “4 days until I am officially UNC Alum.” 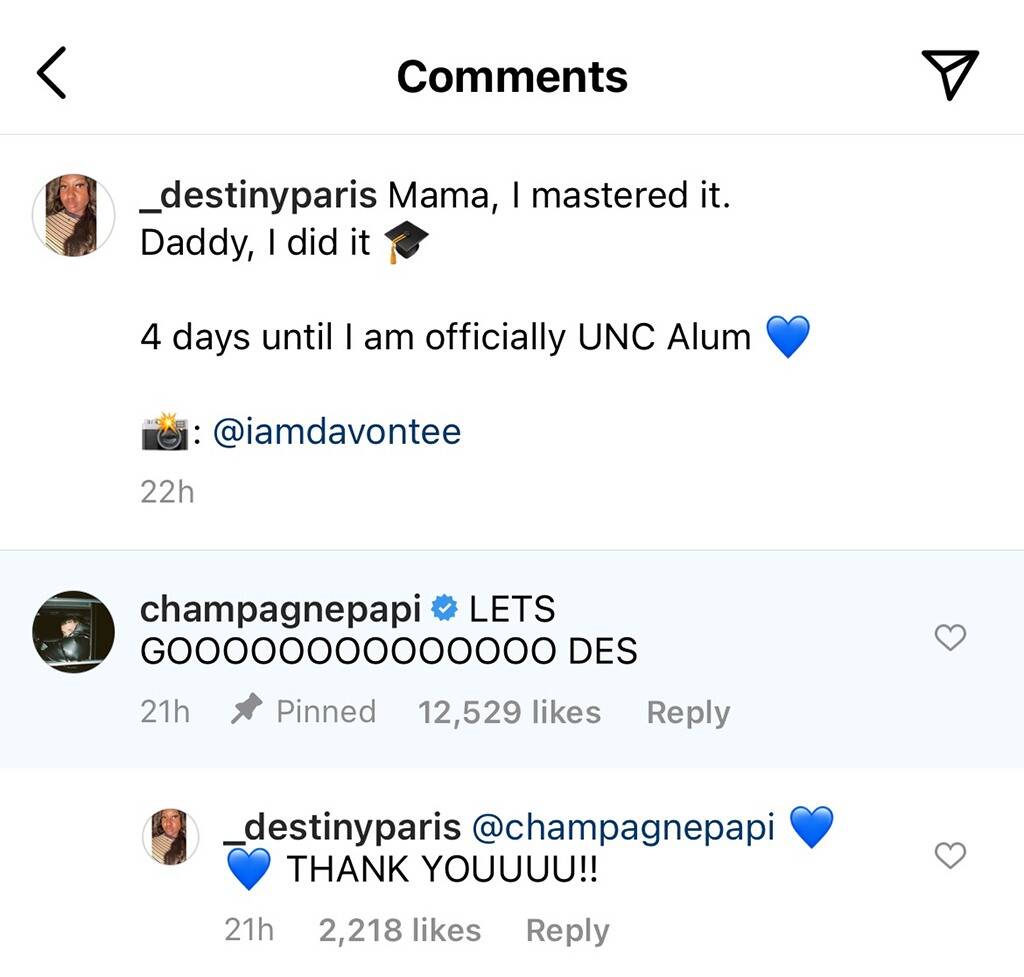 In a separate interview, James said she never applied for the scholarship from Drake. However, she was at the time applying for financial aid as an undergrad student. Her motivational essay eventually made the rounds to other departments, which explains why it probably reached Drake’s camp. She was eventually invited by the assistant vice president of university advancement to be featured in a video aimed at motivating the school’s alumni. Her reaction of surprise in “God’s Plan” was genuine as she had no idea what the video was about or who would be there, she said in a student newspaper interview.

“This was the surprise the whole time,” Destiny wrote in her 2018 Instagram post, which included photos of herself and the rapper after the video shoot. “Drake told me that he has read great things about me and appreciates how hard I’ve worked through so many trials and decided to give me $50K for my tuition. @champagnepapi THANK YOU SO MUCH!!’ You don’t understand what this means to me! I would’ve never imagined this happening to me. I’m just a girl from Denmark, SC that wants to MAKE IT and be somebody and for you to see my hard work means the world.”