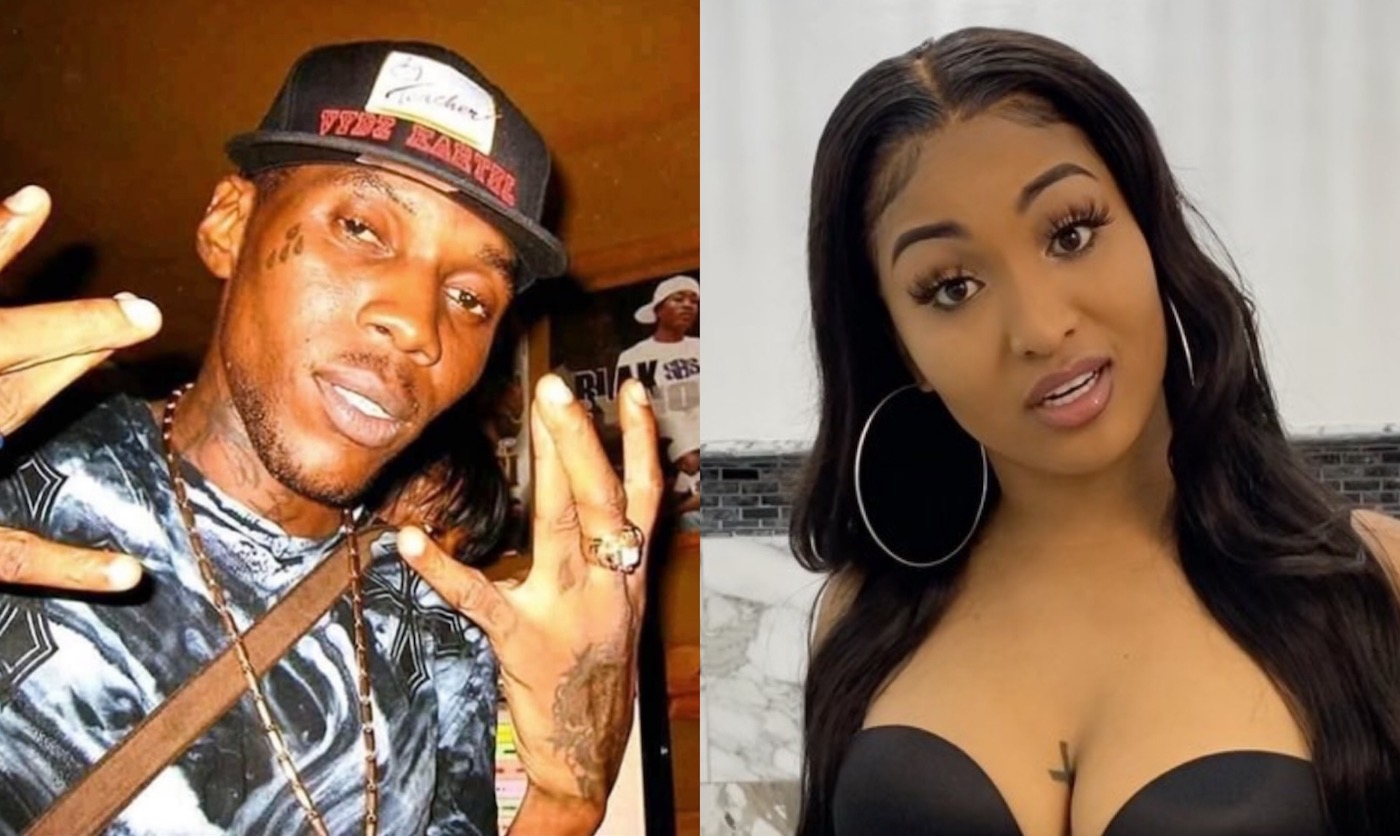 In the midst of the upcoming election in Jamaica, social media has been set abuzz. The election is slated to take place on September 3rd, and various politicians are now in the process of petitioning and promoting themselves to secure votes. While many go door to door walking the streets in the communities they are responsible for, there are others who intend to make a big bang to declare that they are a cut above the rest. This is done by endorsing themselves in a fun, entertaining, and modern manner, which is also directed at securing the votes of the younger generation.

If you are confused about what that could possibly be, the answer is, dubplates. A dubplate is a recording of a track that has been specially altered with an individual’s or an event’s name for promotion and endorsement purposes. In the music industry, the tradition of dubplates and the alterations and edits that are created goes back decades to the inception of sound clashes in Jamaica. Back then, having exclusive tracks to win over the dance crowd was of the highest importance. Now, it is being used as a means of political advertisement. 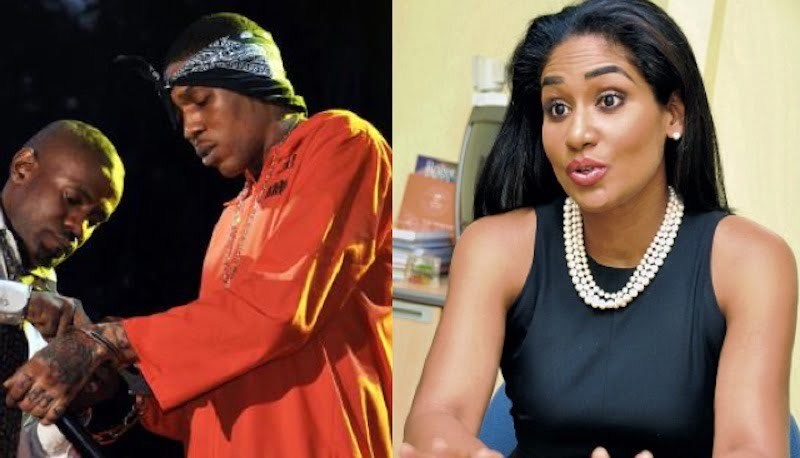 Recently a few members of parliament released their ads, and Jamaicans were appalled while some delighted in the excitement. Lisa Hanna utilized dancehall princess Shenseea’s anthem “Trending Gyal” to highlight herself as a prominent candidate. Others soon followed suit as Peter Bunting seemingly listened to requests that were made earlier for him to commission dancehall artiste Stylo G for his dubplate, and the result really had a “buzz” with Stylo G deejaying, “Bunting out and stunting. Coil dem thick like dumplin comrade gyal dem jumping / Bunting call seh the dub just reach.”

Dancehall artiste Teejay then took the lead with his dubplate for Floyd Green as they proudly declared their position with “Owna Lane.” Peter Phillips also hopped onto the train commissioning Dovey Magnum with “Bawl Out.” Many on social media picked their sides and declared which party they were voting for, JLP or PNP. Still, some voters noted that the entertaining dubplates were not enough to trick them into voting.

This is where the prolific dancehall artiste Vybz Kartel came into play. Vybz Kartel has long been hated on by politicians, including Lisa Hanna, who has previously stated that his music and dancehall music on a whole contribute significantly to violence and poverty. The dancehall community has been in a long-standing war with the government, who consistently attempt to mute the music via bans, regulations, and laws which would see the community being stifled. Dancehall’s members have regularly spoken out about the injustice they face as they see their events being shut down and their music labeled unfit for airplay.

So it certainly does not come as a shock that Vybz Kartel would be taken aback by the large number of dubplates being created by dancehall artistes for politicians. Taking to his Instagram account, he dragged those specific artistes without calling any names for their hypocritical choices. 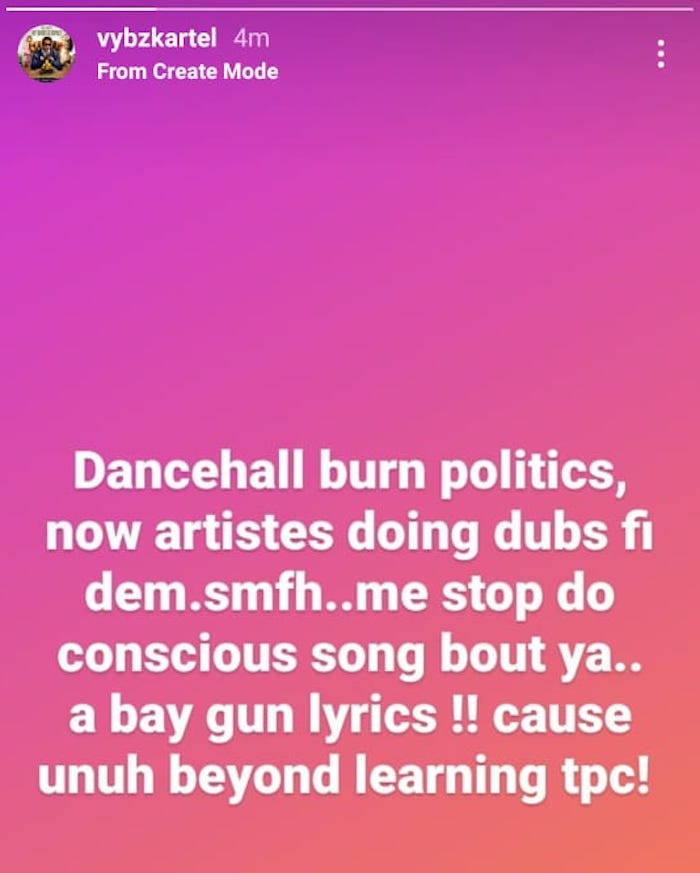 While many bashed the deejay for his statement, there were a few who shared his sentiments. One user wrote, “Everybody a use dancehall fi vote but don’t support the music.” At the same time, another added, “Watch them nw a try style Kartel when hes actually right dancehall was abt bun politics an Babylon etc but when u dont know u culture a so u act foolish the irrelevant joke bad tho.”

Others pointed out that it could simply be a means of making money as the entertainment sector has not fully reopened and dancehall artistes need to take care of their families and their responsibilities. As the debate continues, even more dubplates are being circulated with Elephant Man, Alkaline, Chronic Law, and other popular artists.

Where do you stand on the issue of dancehall artistes creating dubplates for politicians?