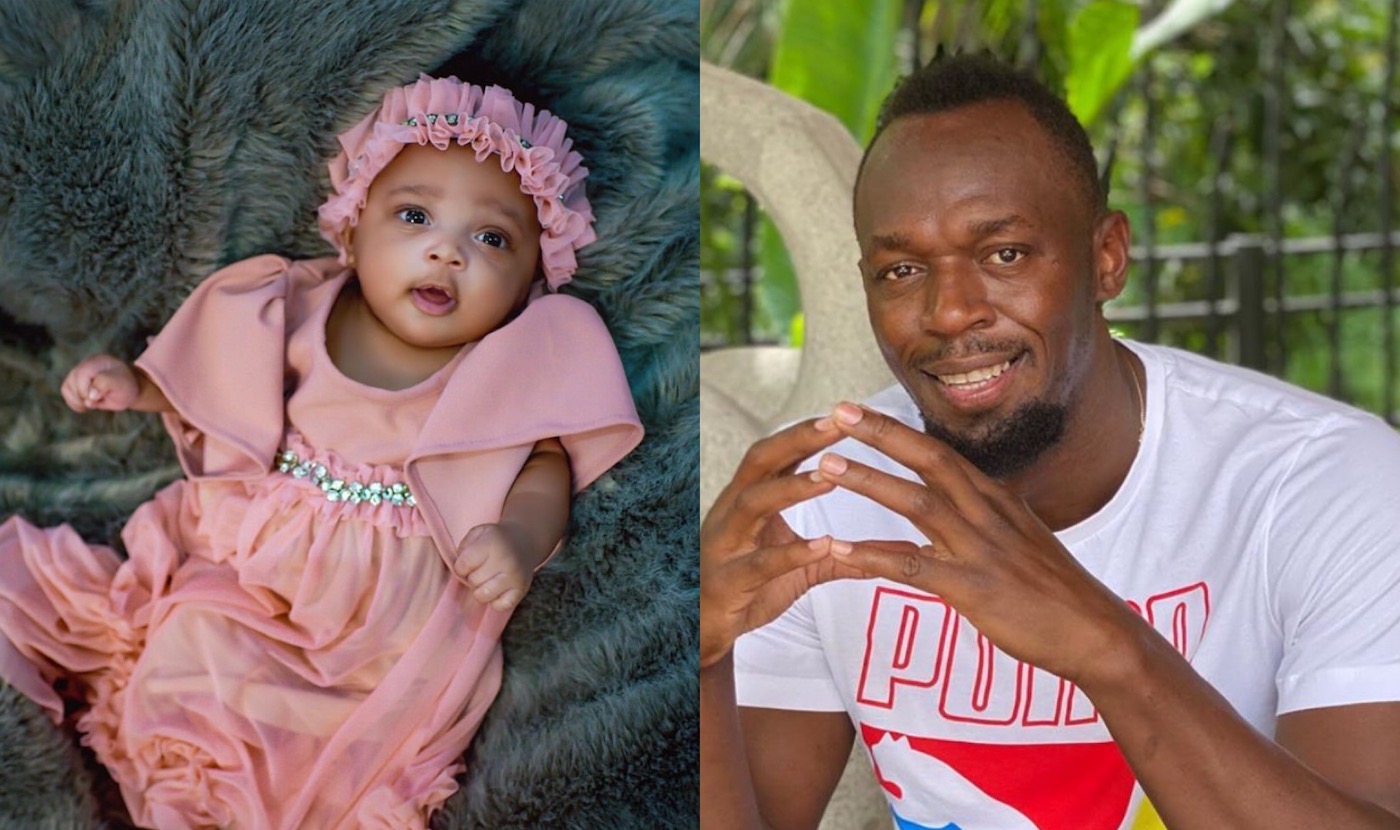 Urban Islandz first reported in January that the Jamaican sprint legend and his longtime girlfriend Kasi Bennett were expecting their first child together. In May, we reported that the couple welcomed a baby girl. Usain Bolt and Kasi Benneth have done a good job so far in shielding their child from the world and only now decided to share the first public images of Olympia Lightning Bolt, on Bennett’s birthday.

In a heartfelt message posted on Twitter and IG, Bolt honored his queen and prince in art and words. “I want to wish my gf [Kasi Bennett] a happy birthday and To let u know I am happy I get to spend ur special day with [you],” Usain wrote. “I want nothing but happiness for u and will continue to doing my best keeping a smile on ur face. Now we have started a new chapter together with our daughter Olympia Lightning Bolt I look forward to what the future will bring for us but be reassured that I will be the ROCK for this family. I Love you and happy 21th birthday.”

So far, the couple has been getting mixed reactions to their baby’s name. “Olympia lighting bolt?? What’s wrong with these celebrities,” one fan wrote while another added, “Love the name I bet she was born fast.”

Usain Bolt and Kasi Bennett have been dating for several years, and despite being rocked with rumors of infidelity on his part, they’ve remained strong throughout the years. The world record holder previously said that he hoped to have three children and it was his dream to become a girl dad following the untimely death of Kobe Bryant, who wasn’t just a famous athlete, but also a girl dad.

Congratulations to Usain Bolt and Kasi Bennett on their first child together.