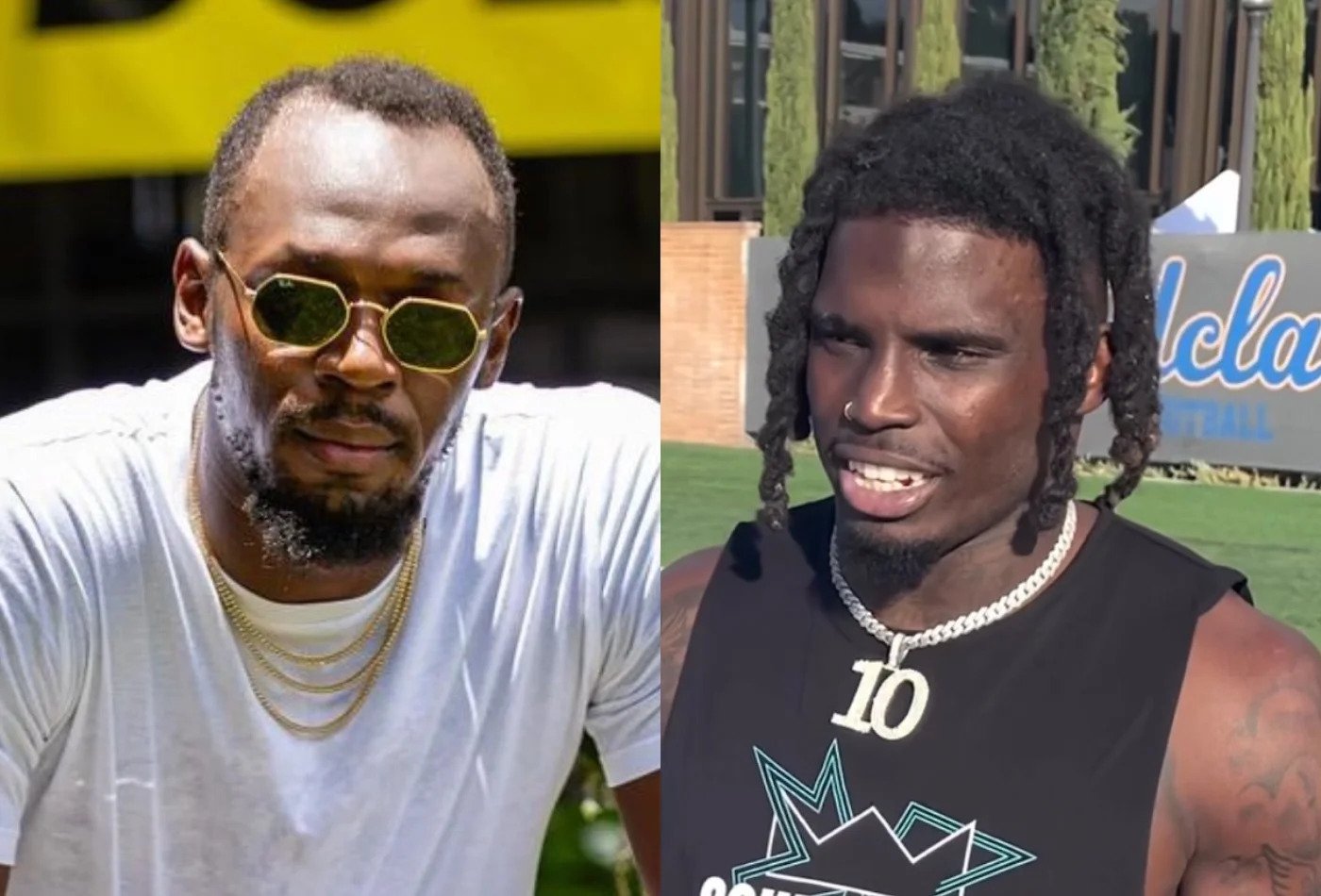 Miami Dolphins receiver Tyreek Hill believes that the Fastest Man Alive title belongs to him, and he shared that he strongly believes he can usurp the holder of that title- Usain Bolt in a race.

The Jamaican sprint legend’s name will always be regarded as legendary in sports across all fields, as many athletes admire his hard work and ethics that have cemented him as one of the greatest athletes alive. It seems that the American footballer believes he can beat Usain Bolt in a race and even had some derogatory things to say about the former Olympian.

The Miami Dolphins receiver, while on the Club Shay Shay Podcast with NFL Hall of Famer Shannon Sharpe, claimed he was faster than Usain Bolt, whom he called “washed up.”

“Usain Bolt washed up. Like there comes a point in your life when you get older and the new generation comes in. Like washed up bra,” he says. “If there’s a 40-meter dash between me and Usain Bolt I’m definitely beating him.”

The Jamaican superstar is an eight-time Olympic gold medallist and is the only sprinter to win Olympic 100 m and 200 m titles at three consecutive Olympics. His career has been marked by many record-breaking moments as Usain Bolt set the bar high and then went over it when many felt that it couldn’t be lower. He currently holds records for the 100m (9.58 s) from the 2009 IAAF championships and the 200 m (19.19 s) record in Berlin in 2009.

Bolt might have stepped away from sprinting to pursue his dream as a producer, but he is still regarded as the Fastest Man Alive.

On the contrary, Hill has been drafted for four Super Bowls but only has one win. He also holds the record of having the most receiving yards ever in the first nine games of a season.

Playing devil’s advocate, Sharpe, however, reminded Tyreek that there was no guarantee for any player at any distance when it comes to sports, but the American footballer seemed to double down on his confidence.

“Now, if you go maybe 80, He may got a chance you got to say it’s got a chance there… I’m the fastest player currently playing in the NFL there’s nothing needed to be said about that,” he said.

Although Usain Bolt has seen many worthy opponents from the United States over the course of his career, none have been able to test his dominance in track and field.

The former athlete is now a father of three and recently opened his own music label. He has not reacted to Hill’s statement.