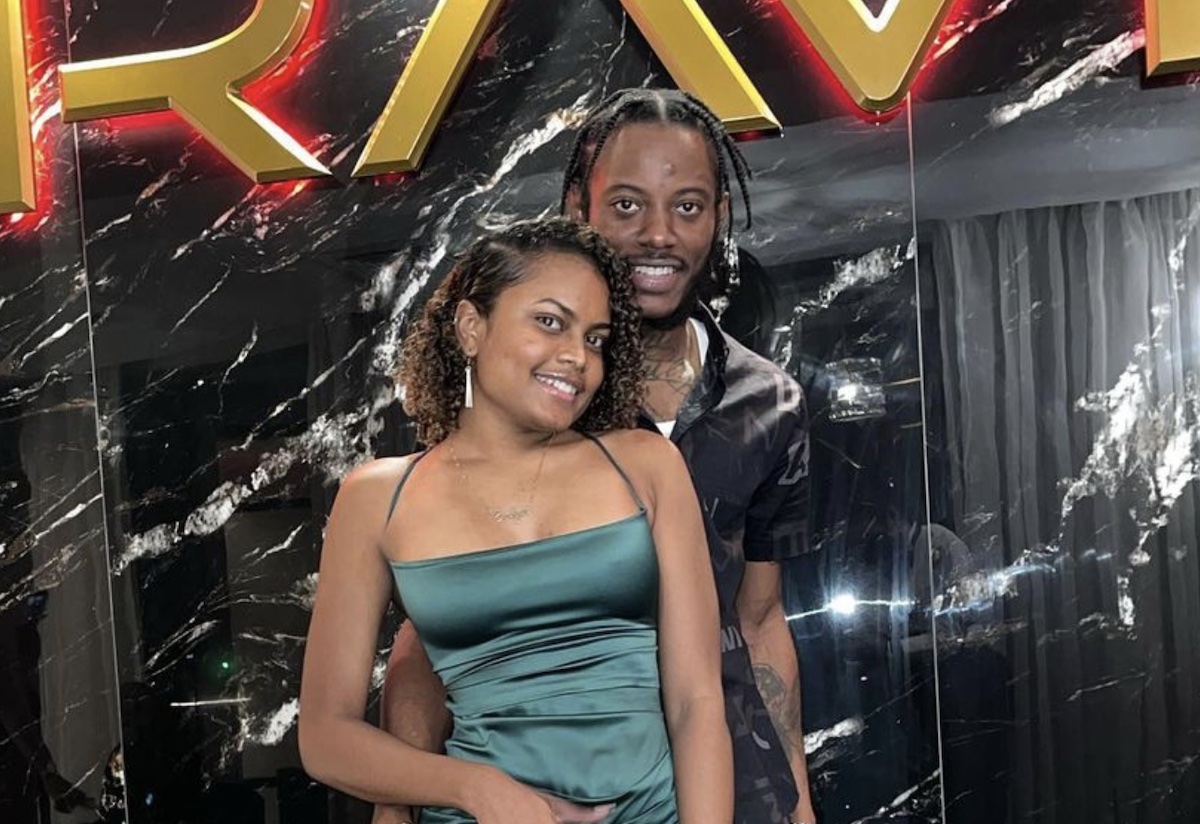 Trinidad artist Kalonji Arthur has come under fire by some people for what they perceive as his insensitive remarks following the violent death of his girlfriend, 25-year-old Bridget James.

The 25-year-old artist of Delaford, Tobago, has seemingly recovered following the shooting incident and, according to a post he made on Instagram, is already focusing on new music. The message, which apparently came from his team, acknowledged the young woman’s death but also stated that he was already looking to get back into music. For many, it seemed that his period of mourning was too short.

“Grateful For all the continuous support, condolences & prayers also wanna send condolences on my behalf to Bri’s family and my sincerest apologies last but not least I wanna thank God for another opportunity @ Life and for keeping stable my mental status can’t wait to b back to being able to doing things I love especially my music @bri_xo1 love you always bbg. On behalf of me and the entire team @fully8recordz_ Thank you again.”

The shooting happened at the beginning of September as he and his girlfriend were celebrating her birthday. According to police reports, the couple was in the car park of the Brix hotel in Port-of-Spain Trinidad, sitting in a silver-grey Toyota Carolla at around 2:16 pm when another car approached.

Two gunmen exited and fired at them, hitting them both. They were rushed to the Port of Spain General Hospital, where Bridget sadly passed away.

The “Run Up” artist, who has over six million views for various songs on YouTube, was warded and said to be fighting for his life at the time.

The bullet that killed his gf was meant for him & his whole caption is giving “Welp.. Sorry it happened but glad it wasn’t me” pic.twitter.com/mVo5vDiPKa

In a more recent post, Kalonji seemed to acknowledge the backlash. In a post that was made earlier today, September 21, he had a more simple and heartfelt caption that read, “Till my last breath b.”

Violence has continually plagued the Trinibad genre, and in the last two years, some artists have fallen victim to gun violence. In May, Trinidadian dancehall artist Fari Dan, who aligned himself with the Squash 6ix camp, was shot and killed.

That shooting happened in Tobago, and he was killed while at a bar on the island on May 15. In 2020, popular artist Kyle’ Rebel Sixx’ George was viciously gunned down inside his home at Viceroy Crescent, Bon Air Gardens, Arouca. He also claimed to be a member of the 6ix.

In one of the latest incidents of violence, unconfirmed reports indicate that the home of another popular Trinibad artist, Prince Swanny, was shot at.

It is believed that a car pulled up, and three men got out of it and shot at the house, some using automatic weapons. Initial reports stated that over 100 spent shells were recovered from the scene by police, but local media later reported that it was about 31.

The “Watch Your Friends” artist is currently in the US, where he continues to tour. He is currently focusing on dropping his upcoming album, Swanology, from his ZTEKK imprint.