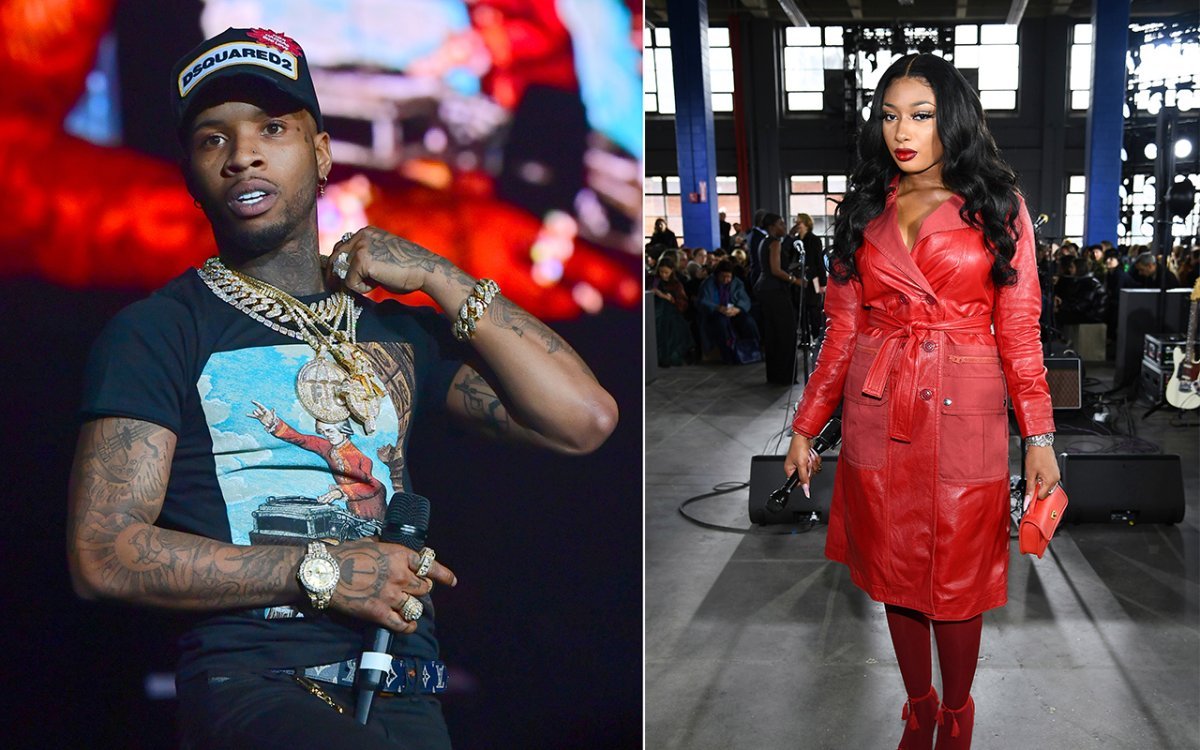 Lanez is accused of shooting at Megan Thee Stallion’s feet, hitting her, after she left a SUV during a fight in the Hollywood Hills on July 12, according to a release.

A message sent to Lanez’s representative was not immediately returned.

Lanez, a 27-year-old rapper and singer from Brampton, Ont., whose legal name is Daystar Peterson, is due to be arraigned Tuesday in Los Angeles. If convicted, he faces a maximum sentence of roughly 23 years.

Lanez was arrested the night of the shooting but released after posting bail. Prosecutors are recommending that his bail be set at $1.1 million at his arraignment.

Megan Thee Stallion, whose real name is Megan Pete, is identified in the felony complaint only as Megan P.

She had declined to name Lanez as the person who shot her in social media posts and videos on the subject for more than a month. But on Aug. 20, she said in an Instagram video that “Yes … Tory shot me,” and urged him to “stop lying” about the incident.

She’s discussed the shooting in several often emotional Instagram videos, calling it “super scary” and “the worst experience of my life.”

She declined to tell police that night that she had been shot, and initial reports were only that a woman had foot injuries consistent with broken glass. She has said that she was too frightened the situation would have escalated if she revealed to police that there had been gunfire.

Lanez has not spoken publicly about the incident. On Sept. 24, he said on his social media accounts that he would break his silence that evening, but that announcement turned out to be a teaser for the release of his fifth studio album, “Daystar.”

Lanez has not reached the stardom that Megan the Stallion has, but had a Billboard top 20 hit with “Luv” in 2016, and has had a successful run of mixtapes and major-label records since his career began in 2009.

At the time of the shooting, Megan Thee Stallion was already a major hip-hop star following a triumphant year that saw her nominated for artist of the year at the MTV Video Music Awards. Since the shooting, her guest stint on the Cardi B song WAP helped turn the track — and music video — into a huge cultural phenomenon, and she has performed on the season premiere of Saturday Night Live.