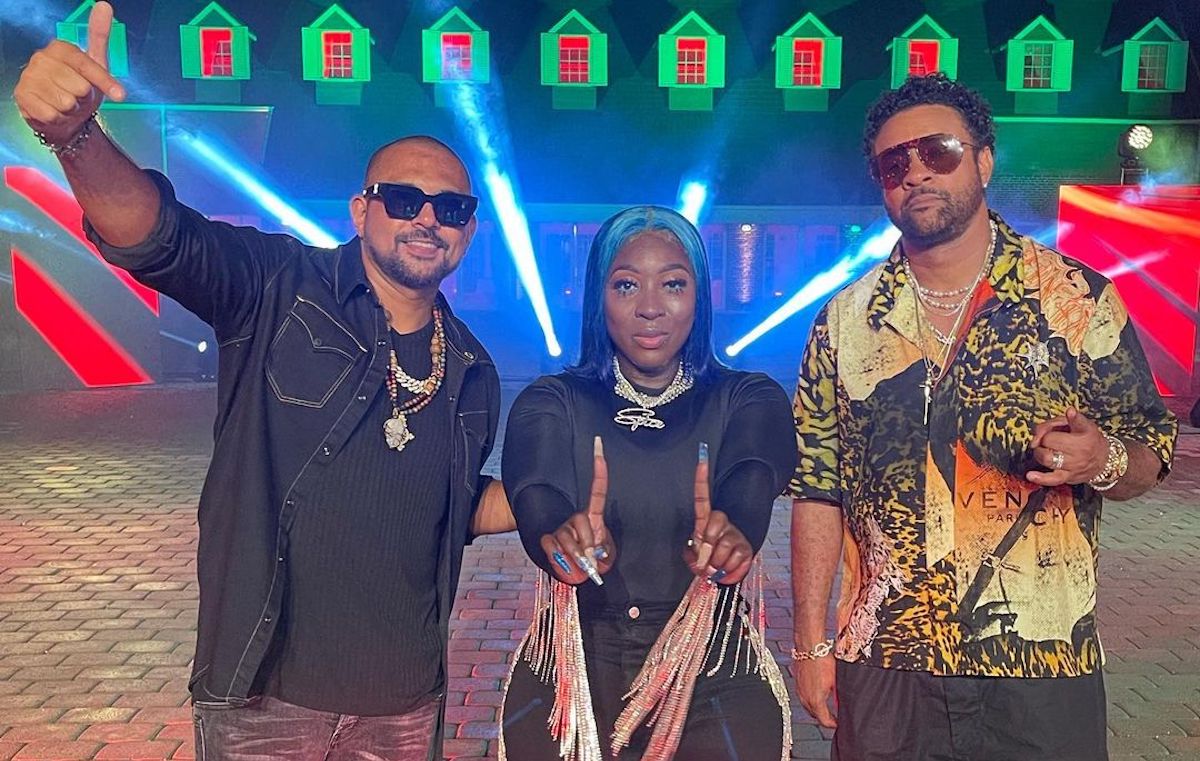 Which songs are the top 10 summer songs playing in dancehall this year.

Vybz Kartel said it best on his 2011 hit single “Summertime” when he sang, “Every massive haffi come along Go fi ya suntan inna da summer sun.”

The temperature and searing heat are constant reminders that it’s the time of year to go crazy at the beach or find yourself a pool. Yet, this summer promises to be more sentimental than others in the past. Why? Summer 2021 is officially the first summer following the treacherous Covid-19 outbreak that rocked the world in 2020, causing numerous deaths and a pause in the usual runnings of the world.

A canceled summer 2020 means that everyone will be doubling up on their efforts and pushing their fun meters to the limits. Where there is fun, there is rum, and where there is alcohol, there tends to be music. The entertainment industry received one of the hardest blows due to the intense lockdown, yet entertainers and content creators still found a way to keep their fans entertained.

Jamaica, the music capital of the Caribbean, has recently granted a partial reopening of the entertainment sector on July 01, 2021, and partygoers itching for a fix simply cannot wait to get jiggy when the lights go on, and the bass drops. The question is, what tunes will the deejays be looking towards in order to wow patrons. The hits destined to run this year’s summer are usually preordained before the summer breeze kicks in. However, since the clearance for festivities to take place this summer was given by the government just a few days ago, it’s only fair that we drop the list of our top 10 dancehall songs of Summer 2021 around this time.

The 4th Genna Music and Crash Dummy Production teams show their true colors when they cleverly sampled the few seconds of the “Sprightly” iMovie Song. The sound bite has been previously used in numerous videos, including the 2011 viral video “What Men Really” by Kain Carter and Jerry Lavigne Jr. The signature sound is dressed with some harmonious backing vocals and a vibrant beat to let listeners know it’s all about that laidback summer energy.

This one is more than a treat for couples, as Aidonia and his trophy wife, Kimberly Megan, demonstrate just what is meant by being a model couple. The two cruises through the streets in the deejay’s white droptop Mercedes Benz, meanwhile the mother of one flaunts her curves in a skimpy bikini in other clips. Add a few opened front summer button-downs to the mix, and “U KNow Di Vibe” is right for the rest of the summer.

The announcement of Alkaline’s sophomore album in January was an event only upstaged by its actual release in May. While “Top Prize,” the leading track of the album, continues to receive praises, it is the female favorite “Hostage” that seems to be the highlight of the album. The smooth joint is reminiscent of other Alkaline tracks such as “Spoil Yuh,” however, it brings across a mature element that The Man Himself promised. Female Vendetta fans have expressed the simple pleasure the song seems to bring, with many taking their time to learn each and every word of the song. DONT be the one left in the dust where this is concerned. Go ahead and check out an exert from our lyric book below.

No matter what way you choose to link up this summer, it’s almost a guarantee that the females will be connecting to Dexta Daps’ “WiFi.” Whether it is getting dolled up in front of a lavish vanity mirror, squeezing into that shorts you bought in 2019 or blasting this one in your car as you journey to an event, it should not be argued that this song will still be a hit during the heights of summer. The song has already gotten a total of 4 months to marinate, which simply means just about everyone should be logging on when this one comes on.

From one smooth and sexy joint to another with this Jada Kingdom assisted remix of Dyani’s “Feelings.”

Summer is a hotbed of hot air, hot clothes, hot parties, and hot and heavy summer flings. Many will argue that contracting feelings from a summer fling may just be worst than contracting the Covid-19 virus. However, the verdict is still pending on such a wild claim. Yet, it would be wrong to paint such a beautiful word as something bad, especially when one considers that it’s the title of such as a gem of a song.

Former cover artiste D’yani wears his heart on his sleeve in the original version of the track, which was released on Youtube in November 2020. Twinkle, better known as Jada Kingdom/Muma Heavy, reminds him of the warning she gave him before the two got together. Unlike a usual summer fling, Jada is also eyeing marriage and lifelong happiness.

The remix for “Feelings” is sure to be the soundtrack to a number of newfound relationships this summer, especially with everyone getting themselves reacquainted with the idea of meeting new people in a social setting.

Calls for loyalty are at an all-time high in 2021 and another one of dancehall’s freshest faces has emerged with a track looking to connect with the masses. 10Tik breaks down the ideology of disloyalty among the masses and speaks on what will happen if loyalty is not observed. The smooth and effortless delivery of the vocals paired with a true-to-life music video directed by M Studios gives this release a lasting impression. 10Tik scored his biggest hit for 2020 with his track titled “Gangsta.” The music video for that release has been streamed nearly 1.5 million times, but it doesn’t compare to the 6.1 million views “Roll Deep” has secured in a shorter space of time. He continues to put in the work through collaborations with fellow newcomer Yaksta, as well as work with top producers from the Western side of Jamaica. Soak up the lyrics to the chorus of the gritty/mediational track below.

In the words of Warren G, it’s ain’t no fun if the homies can’t have some, and Spice ensured Shaggy and Sean Paul got in on what would become her biggest track to date, “Go Dung Deh.” The result of this threesome is dancehall gold, specially crafted for the ladies even though a few men have tried their hands at the challenge. The song and video have convinced a number of dancehall lovers to Do Down De and Stay Down De. Who wouldn’t be convinced by Shaggy’s slow rumbling vocal work to kickstart the track and Dutty Paul and Spice’s energy boost? This club banger gets added props for its video, which actually mimics a glow-in-the-dark club scene. There is a summer party idea to throw out there is no one has ever thought of it. Here is a tip ladies, check out the official video minutes before heading to the club to learn the moves. You’ll thank us later.

Spice, Shaggy, and Sean Paul have since performed on Good Morning America, Jimmy Kimmel LIVE, and The Wendy Williams Show, ensuring “Go Down Deh” goes down as one of the hottest songs for summer 2021.

The fun never stops when Laa Lee is around, and his voice will be everywhere this summer with his fresh new hits. First in line is “Tip Inna It,” which is a fun and catchy number to get the waistlines rolling. The deejay is known for gimmicks on songs such as “What’s On Sale” and “Fat Girls Matter.” He takes that energy to the streets of Kingston, where curious onlookers gather around a crew of dancers, Laa Lee included, to watch just how to Tip Inna It. The track is reminiscent of the days of street dances, hence why many fans are now questioning if the fun has returned to the streets.

Check out the video below.

The dance has become the official move to learn before you attend a party this summer. The “Dirt Bounce,” created by youngster Tyreke Dirt, has moved from the streets of Arnett Gardens to a global audience with the help of Laa Lee. Sadly, putting the exact moves on paper is harder said than done. Thankfully there is a music video available for those visual learners to ketch the new swing. Laa Lee keeps is clearly keeping his ears to the streets, and as such, he ensures the spotlight remains on the talents from the inner city towns by ensuring the visuals are captured at that location. One fact many have possibly missed is the iconic fashion trends on display. Cut-off jeans, shorts, merino, and other items many would consider comfortable attire is the order of the day. It’s only fitting based on the heat bearing down on the island.

Spice gets her second entry on this list, and Konshens his first with their collaboration “Pay For It.” Rvssian hops on as the song’s producer, blessing it with his signature Vybz Kartel shout out, but there is so much more to this track that should make it a summer favorite. Rvssian ensures the drum pattern doesn’t stray from its dancehall roots, which should make for a few whining sessions whenever the deejay throws this on during the early ladies segment. The words are smooth yet instructive and may just be a gamechanger for men who lack game this summer.

The line “Let me pay for it, for it, for it, he said, as he approached me at the bar,” sounds like a story a few ladies may be telling their friends the morning after. The song is taken from Konshen’s forthcoming Red Reign album.

Check out the video for “Pay For It” below.

Summer 2021 owes its hits to the latter part of 2020, and one of the biggest tracks that emerged out of that period is undoubtedly Skilli’s “Crocodile Teeth.” For lack of a better reference, ‘the song is still biting in 2021.” It is definitely primetime material if you pose the question to just about any deejay. The song got a major boost earlier this year when Nicki Minaj dropped her remix as a part of her Beam Me Up Scotty project. The original single has pulled over 23 million views on Youtube alone, which is evidence of its status as a certified hit. Be sure to give a proper trigger finger salute when that bass drops and Skillibeng deejays, “uno don’t grimy…”

If one song could be used to describe the shenanigans that go down during the summer, it would be Kyodi’s breakout hit. To be described as “Nice” is just another popular way Jamaicans explain when someone reaches a certain high, whether by alcohol, marijuana, or other controlled substances. Those who have experienced such a high are fully aware of the level of wildness that can go down once you are in that state. Kyodi recalls all that he does during that short space of time. His actions include whipping out his firearm and blatantly communicating and his sexual desires to a certain female. What are some of the things you have done after getting high? Do you plan to get to that level this summer?