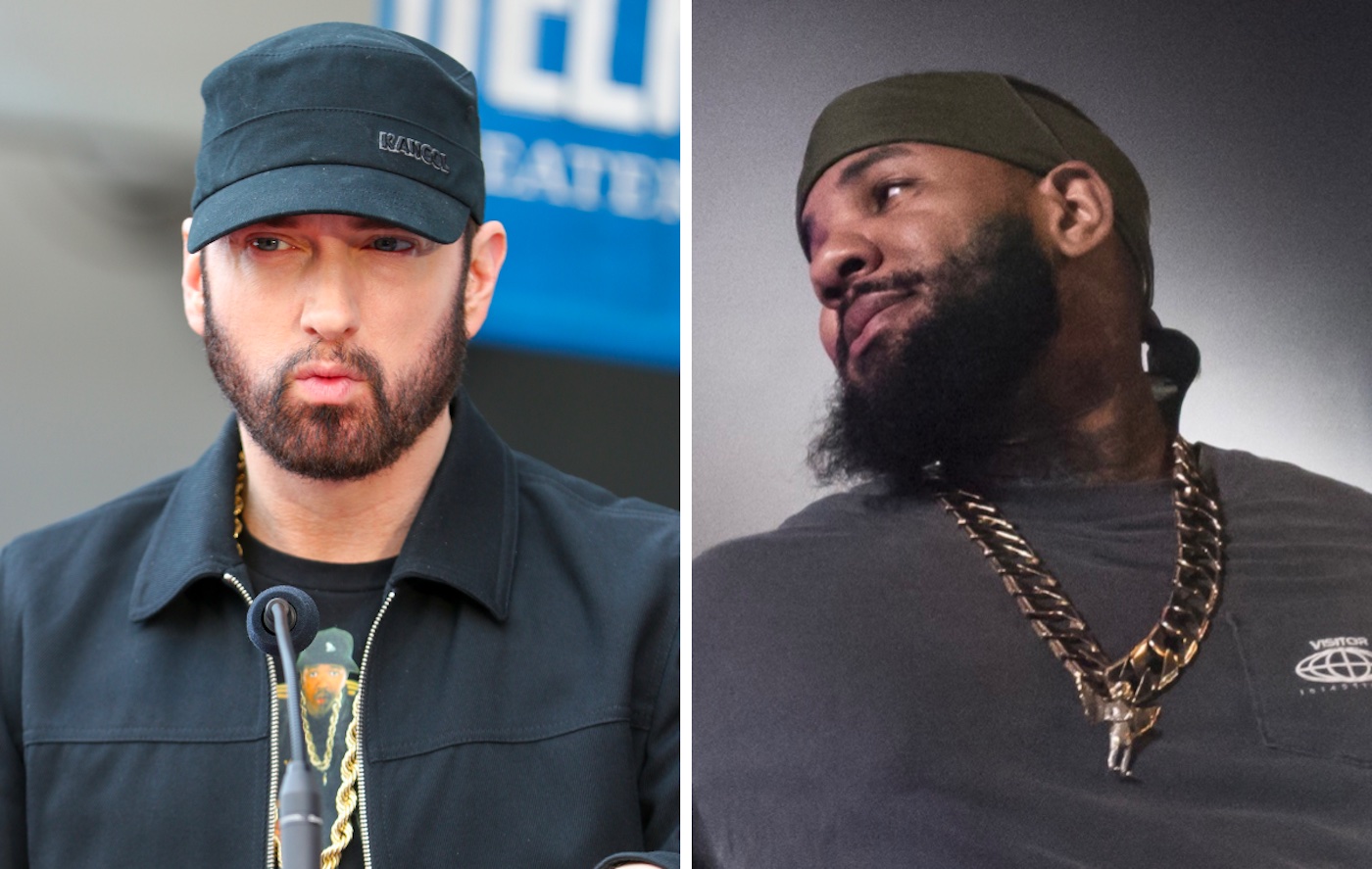 The Game is no stranger to rap beef. In fact, he seems to crave lyrical battles to hone his skills as a rapper. His latest attempt at stirring up trouble was his diss track aimed at Eminem called “The Black Slim Shady.“

That was back in August, and to date, there’s been no response from Eminem, but a member of D12 has an interesting theory behind the origin of the song. According to Bizarre, the track was not even written by The Game but by his former Shady Records labelmate Stat Quo.

Bizarre made the provocative suggestion during a recent appearance on The Bootleg Kev Podcast. Of course, he doesn’t have any solid evidence to support his claim, but he said since he’s very familiar with Eminem’s work, he felt like he heard the “Rap God” rapper’s voice. To add fuel to the fire, Bizarre said that he believed that The Game has much better rapping skills than what was put out on that track.

“I feel like that was a nice little cute intro. He never got out of that, though. He stayed in Marshall’s body for the whole 10 minutes. When we gonna get Game? We know he can do it, so what happened?” he added.

He went on to say that he still firmly believed that either Stat Quo or Game could have done much better than what was offered. Even when Bootleg Kev persisted with the line of questions, the “Under the Influence” rapper maintained his position but did add that he had respect for The Game and that Stat Quo was his friend and an amazing writer.

However, Kev shut down his theory as he explained that he was in the studio with the “Home Invasion” rapper, and he never really saw any ghostwriting happening.

The Game has also spoken about why he did the diss track while being interviewed on The Rap Radar Podcast. He said that the track wasn’t personal, even though he said that his beef with Eminem started when he was at war with 50 Cent.

“I always f***ed with Em [Eminem]. And then the whole Aftermath and the Shady thing and he was on The Documentary,” Game further explained.

The Game revealed that when he started warring with 50, he felt that Eminem had no choice but to pick a side. The Compton native also said that at the time, he had surpassed Eminem. He did admit that he chose to beef with the two rap titans because he felt like hip-hop was getting boring and needed to shake up to keep it interesting.

“Hip Hop’s gotta be interesting. These n-ggas these days are so god damn boring or every time somebody wanna beef, somebody gotta die. Sometimes, ladies and gentleman, it’s just Hip Hop and you can leave it at that,” he said at the time.