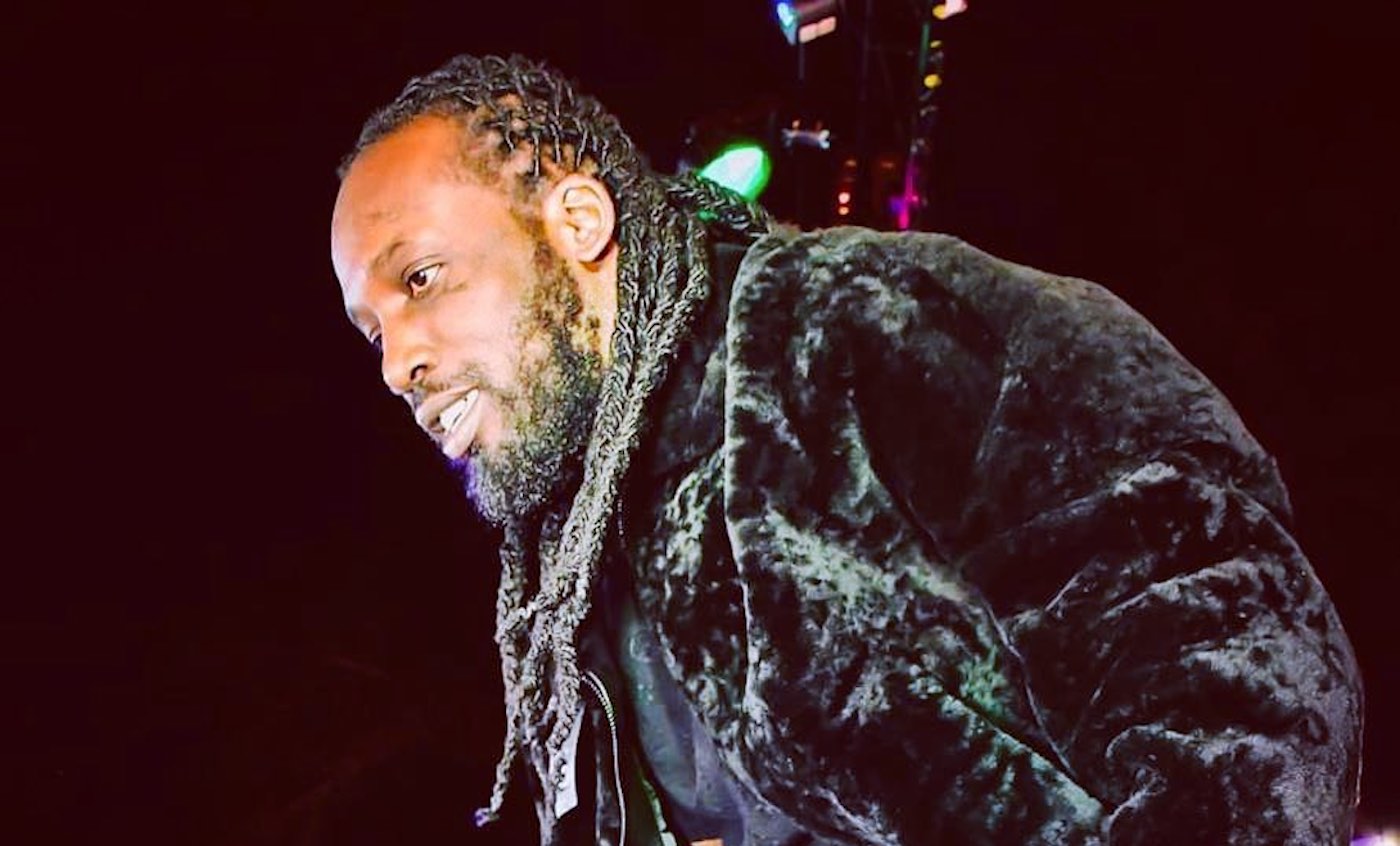 Dancehall singer Mavado never miss when it comes to motivational bangers and here are the ten best.

As sad as it may be, money is that fuel that keeps humans going in this capitalistic 21st Century world. Just about everyone knows the importance of money to one’s survival, yet not everyone has the guts or motivation to step outside of their comfort zone to acquire said riches.

Entertainers have been tasked with providing content that is easy to digest and absorb into the psyche, and it’s a fact that some are able to achieve this more than others with different topics. Furthermore, an artiste’s experiences and how he/she shares such an experience will also affect how his/her fans gravitate towards his/her craft. Dancehall artiste Mavado has been a standout member of the hit factory for nearly two decades, having crafted timeless pieces of music since his entry onto the dancehall scene. A handful of those songs have central topics, which include progress and living life to the fullest. On that note, let’s check out some iconic Mavado songs that make you just want to push a little harder at work, nestle with friends who want to win, start that business, remind you to keep your morals in check on your quest to greatness, or celebrate your wins no matter how great or small. I hope your favorite makes the cut.

“Dreaming” was a no-nonsense hit from Mavado and the DASECA Production crew. The track also made it on the singjay’s debut album Gangsta for Life: The Symphony of David Brooks, released in 2007. Vado speaks his mind during the song’s intro and joins in with his fans to share that making that coin is most people’s hopes and dreams. The singer does make one request, though, don’t do anything that would jeopardize your morals for it. This was one of Mavado’s earliest hits, showing that the singjay had a soulful side.

“Yo, we got to make the money, yeah/That’s most of us hopes and dreams/So don’t ever go and bow for it/Go in the streets and struggle for it, hahaha/If that even means you haffi smuggle for it,” he sings.

This release saw Mavado working it out on the Warning Riddim composed by Demarco. The riddim track was crafted in such a way to allow for serious conversation, at least that is the vibe received from the slow-hitting claps and spaced drums. The featured acts delivered with a sense of militancy, such as “Loaded” by Busy Signal, “Wanted” by Munga, “Sort Dem Out” by Demarco, as well as Vado’s “Money Changer.”

The single arrives on the singjay’s sophomore album, Mr. Brooks…A Better Tomorrow; released in 2009. With more money in his pocket to spare, the Cassava Piece native ensured it was clear that he would not switch or turn his back on his people.

“Progress” felt much like a game-changer from Mavado when it was released in 2016. The Gully Gad Mavado ingrained hope and inspiration in a nation that can always use an endless supply of those performance enhancers. The song stands firm upon the hill of improvement and doesn’t shy away from calling out people endorsing hogwash. He’s only focused on one thing, and that’s moving forward at all costs. The deejay uses the music video to chronicle his rise through the dancehall ranks, with some of his earlier videos displayed through the clip. In the video, he takes the community on his journey while linking up with the track’s producer, Mineral Boss. Sadly, the prolific producer was murdered in 2017. “Progress” was eventually featured on DJ Khaled’s Grammy-nominated album Major Key.

Check out the powerful third verse below and soak up some inspiration from a man who has risen from the Gully to become one of the most recognized entertainers from Jamaica.

“Nuh bother drown in your sorrows, ya fi feel like swim/Fi mi paper to pen is a real life thing/Yesterday you down now you feel like king/Yeah the life where ya from wasn’t inviting/Sometimes mi know it stressing/Mi waan every youth rise and count unu blessings,” he sings.

Nearly a decade ago, Mavado teamed up with now incarcerated artiste/record executive Flippa Moggela/Mafia to release “Million Dollar Man” on the Raw Cash Riddim compilation. Flippa had always been about his doe and Mavado no doubt lived up the money expectation on his release. Mavado realizes his success on this track and boasts with a sense of pride about just how far he has come. There are many reasons for one to celebrate one’s own success. However, we would like to point out at least two reasons shared by thriveglobal.com.

By recognizing wins, you can reflect on what went into the win and use it in future efforts.

Secondly, talking about your wins can encourage others to take what you learned and apply it to their lives.

Peep the lyric exert below:

“Right now mi mama proud a mi/Materlon no have nothing over mi/Dem a wonder if a Nova Scotia mi/Wid mi dogs dem close to mi/Flippa give dem the honey cone stile but dem catch off a bees/Wi a chat bout house pon the seas/Mek wi haters fall pon dem knees/Never have a fridge but mi wrist set freeze.”

2012 was a great year for dancehall music as producers pumped out some stellar ‘juggling’ projects. One standout riddim compilation was the Money Box Riddim, courtesy of Chimney Records. Mavado, Aidonia, Serani, Konshens, Zagga, Deablo, Chase Cross, Gyptian, and more translated the grooves laid down by the producing brothers in their own light.

The Cassava Piece strongman advocated for his people by blatantly sharing just what they needed: boxes and boxes of money. Vado has a plan to be rich before the age of 50. The singjay is just nine years away from his deadline, and he has already done quite well for himself. Let’s see what else the US-Based entertainer has up his sleeves.

“Half a mill inna di street/Toppa Geeze ask fi it/Ghetto yute, spread off like white sheet/First wi make the paper fi own the acres,” he sings in this classic.

A big voice deserves a big song to be played in big venues by big deejays and, in turn, earn big bucks! There was nothing small about Mavado’s track on Zum’s Cure Pain production. The deejay set himself apart on “Big League” while flexing the immense wealth he had accumulated from the success of his career, including his signing to Dj Khaled’s We The Best label and his hit collaboration with Nicki Minaj. By now, the deejay was headlining major festivals worldwide, with the dividends allowing him to purchase a lovely home in the upscale community of Norbrook in the metropolitan area of Kingston.

Mavado showed that his drip game was also fully active when he flashed his chains and diamond-encrusted watch for viewers. Zum, the man behind the successful Good Good Productions label, also showed off his elite lifestyle. Pure motivation if you ask us!

“All man need a the bing, bing/Successful like a the in-thing/Then how the f**k mi fi stop sing/Mi naw stop, then mi move to the acting,” he chanted.

Vado has not actually shown fans his acting talents except for his crucial role as the antagonist in Drake’s video for “Find Your Love,” which was shot in Jamaica.

At the time of “My League’s” release, the singjay had already done over a decade in the business. Those years included him successfully navigating intense lyrical warfares with many he once called friends, including Vybz Kartel, his mentor Bounty Killer, and other members of the Alliance camp. As such, the deejay had a lot to say about his rivals, ranking himself further up the success charts than his competitors. While “My League “has never been classified as a diss track, it sure packs a punch for whoever wants to see the demise of the Gully Gad.

There is no video for this Good Good Productions release, but the descriptions of the entertainer’s lavish home are quite telling.

“Look ‘pon me house and me yard/And me one dozen pit bull dog/Further in the verse he chants/Me bank account gone psycho/Five hundred milli ‘pon the house title.”

This track may be Mavado’s ultimate guide to making money and building wealth. The deejay drops nuggets of inspiration and a roadmap to guide fans on turning a little into a lot. If you ask us, the song’s title is a total giveaway and deserves to be pretty high on the list of motivational tracks for any true hustler.

“Still a count old money and mi nuh draw fi no new money yet,” he kicks things off.

He continues his intro/first verse with some direct info about investing and putting money to work.

“When you meck a dollar you fi spin hi/You fi turn it around and spin hi/Millions deh in a the billy/Now a one bag a teeth when you si mi,” he deejays.

On that note, here is a quote from one of the richest individuals in the world on investing.

“Fresh Cash” proved that there is undeniable chemistry between Mavado and Good Good Productions.

Mavado delivered a telling story at the start of March 2020, which would help many to weather the issues that would befall the world mere weeks later. The deadly Covid-19 virus made its way to the Western world in early 2020, and soon Jamaica and other Caribbean territories were getting themselves ready for the first wave of the virus. This meant islandwide lockdowns, making it quite hard for many Jamaicans to survive financially. The deejay’s struggle and subsequent success captured in “Life” resonated well with the masses, pushing the Jahvy Ambassador-produced track to new heights. Mavado also wages an all-out attack on fake friends as he speaks on how having the wrong people in your corner can ward off success.

One thing Mavado has taught his fans is that there will always be challenges on the road to success, but one needs to remain steadfast on the journey. Perseverance and grit are non-negotiable elements in just about any wildly successful individual, company, or mere venture. If you want to be successful, you have to be prepared to face losses, get back up, and fight another day using your past mistakes as stepping stones. Gully puts his all in this one, giving fans motivation throughout a whopping 4 verses. The second verse is truly a crowd favorite.

“Right now mi have mi enemies a talk/But da song ya is a dagga to dem heart/Wah mi duh bounce back pon dem like abracadabra/Waan get mi down but mi up like viagra/Weh dem think mi out for the bag fah?/Yes, mi got mi life fi live but mi nuh cobla/Yuh fi stick to yuh intuition.”

What is your favorite money song from Mavado? What did we miss?