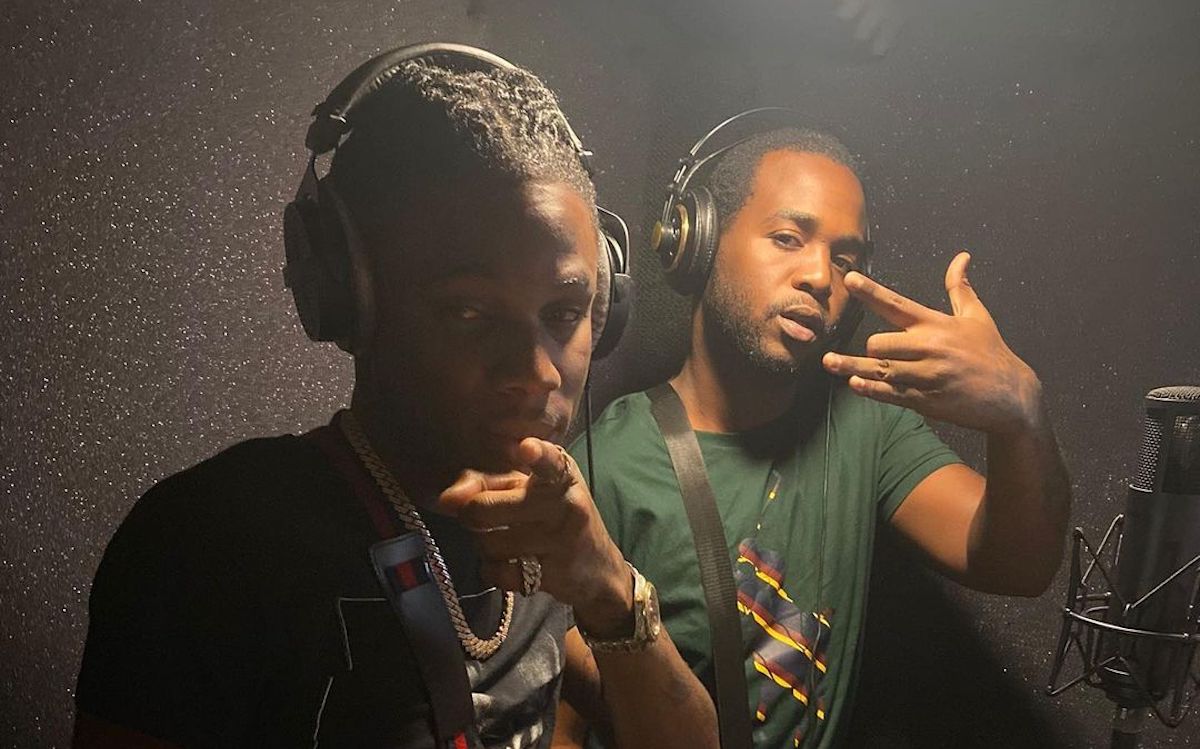 Teejay and Masicka are cooking in the studio.

TeeJay and Masicka recently visited a studio in Brooklyn, New York, to remind fans how authentic dancehall music is supposed to sound. With their old-school dancehall vibe, the pair left fans feeling refreshed. On Thursday (September 2nd), TeeJay shared a clip on IG of himself and Masicka spitting bars over a retro dancehall beat.

Teejay and the Genahsyde deejay both hit the sound booth, wearing headsets, as they played with a new riddim, deejaying never before heard lyrics. The “Stimulate” deejay captioned the post, “Just play a riddim mk wi f**k it up dub style a so dancehall fi nice big up every artist you hear that who nuh like that dead.”

Fans launched a string of fire emojis in the comment section, showing the recent freestyle the love it rightfully deserves, while others expressed their excitement.

“Not any and any 2k artist can ride dem yah wicked riddim,” one fan commented.

“2 a di baddest link up,” another followed, while one fan hilariously stated, “Jah jah…a wen dem a rebuild dah studio deh cause it sure bun dung wid di amount a lyrics di man dem a fyah.”

Supporters also kept asking for the rest of the track, as they further insisted that TeeJay and Masicka should voice a dancehall tribute song.

With TeeJay’s debut album, Rags to Riches set to arrive in October just in time for his birthday, fans are wondering if this recent studio session, which a producer originally posted at Trident City Records, is a teaser for a special guest appearance by Masicka on the album. It’s uncertain if the audio heard on the clip is an actual song rearing to go or if it’s just both souls vibing while in the studio.

TeeJay had disclosed in a previous interview that the album would have features such as Rygin King, Jada Kingdom, Dexta Daps, and Skillibeng, so Masicka would be a welcomed addition to an already promising list.

TeeJay also divulged in an interview with The Fix that he has massive collaborations with rappers Kodak Black and The Game on the upcoming album.

Just last week, TeeJay gave fans a teaser of his song with Skillibeng as he posted scenes from the video shoot. Both men were pleasantly decked out to the nines in black velvet and suede tuxedos. Skillibeng’s fans were quick to highlight his change of appearance, noting it as a definite upgrade.

This article was taken from: https://urbanislandz.com/2021/09/04/teejay-teases-new-collab-with-masicka-sounding-fire/