Spice was all about her inches for her first big performance since COVID-19 pandemic started earlier this year.

If there’s one thing about dancehall queen Spice, she’ll secure the bag whether or not there’s a pandemic. The fiery female deejay has found no shortage of creative ways to keep her fans entertained throughout lockdowns and finally got the chance again to grace the stage. Performing in New Jersey for Labour Day Weekend celebrations, the ‘Cool It’ queen stepped out in her favorite Fendi print and flowing orange inches for a thrilling show. The creative performance included protocol considerations such as disposable quarantine outfits and measuring tapes for those hopping on stage for Spice’s usual acrobatic antics.

“Covid could never stop me,” Spice wrote in one of the captions of the many mind-blowing moments captured. Rolling out fan faves such as “Sheet,” “Romantic Mood,” and “Dumplin Remix,” she had the crowd fully riled up and singing along in a “choir,” loud and clear to every line. “@officialstylog it was a choir in Jersey. Dem can’t trick mi #Dumpling #collaboration of the year @duttypaul” said Spice. Not surprisingly, tongues were wagging in the comments about the lack of social distancing and mask-free patrons during the height of the crippling outbreak. 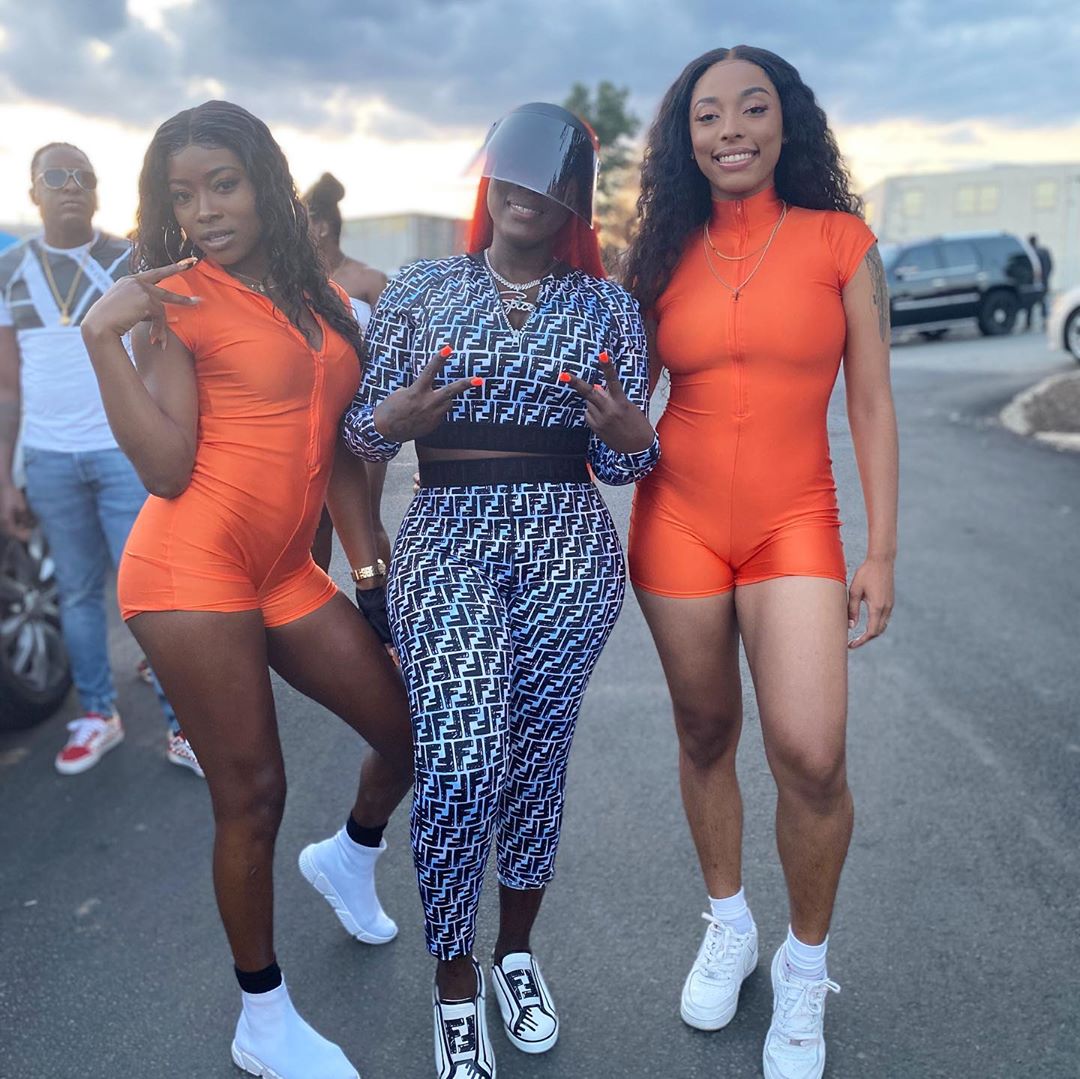 But the “Under Fire” deejay, who is no stranger to criticism or concern, knew she had to deliver on her fan’s expectations. After debuting the “six feet wine” during her “Sheet” performance, Spice shared in her caption exactly how she ensured attendees, as well as her team, were kept safe. “His temperature was checked before he entered the stage, I brought him a disposable quarantine outfit so he could join us and I gave him a 6 feet apart wine #QueenOfStage #QueenOfDancehall #NewJersey was lit.”

Performing her latest hit “Inches” for the first time, Spice, true to form, made a challenge out of the occasion, declaring the female with the most secure wig and ‘strongest neck’ to flash it as the winner. Following Monday night’s stellar performance, she announced today that the single just officially racked up 1 million views on Youtube, festively flashing and twerking on her IG page.

As many acts continue to cut their losses in 2020, it’s clear that Spice won’t be among the lot, doing whatever it takes to get on a stage and in her element. Others are hopeful and trying their best to cope like Konshens, whose single “Backazz” also just hit a million Youtube views. The “Gyal A Bubble” deejay who double-tapped a few of Spice’s Jersey show clips, recently posted “Ye. . . so if I don’t do a show soon I’m gonna check into rehab.”