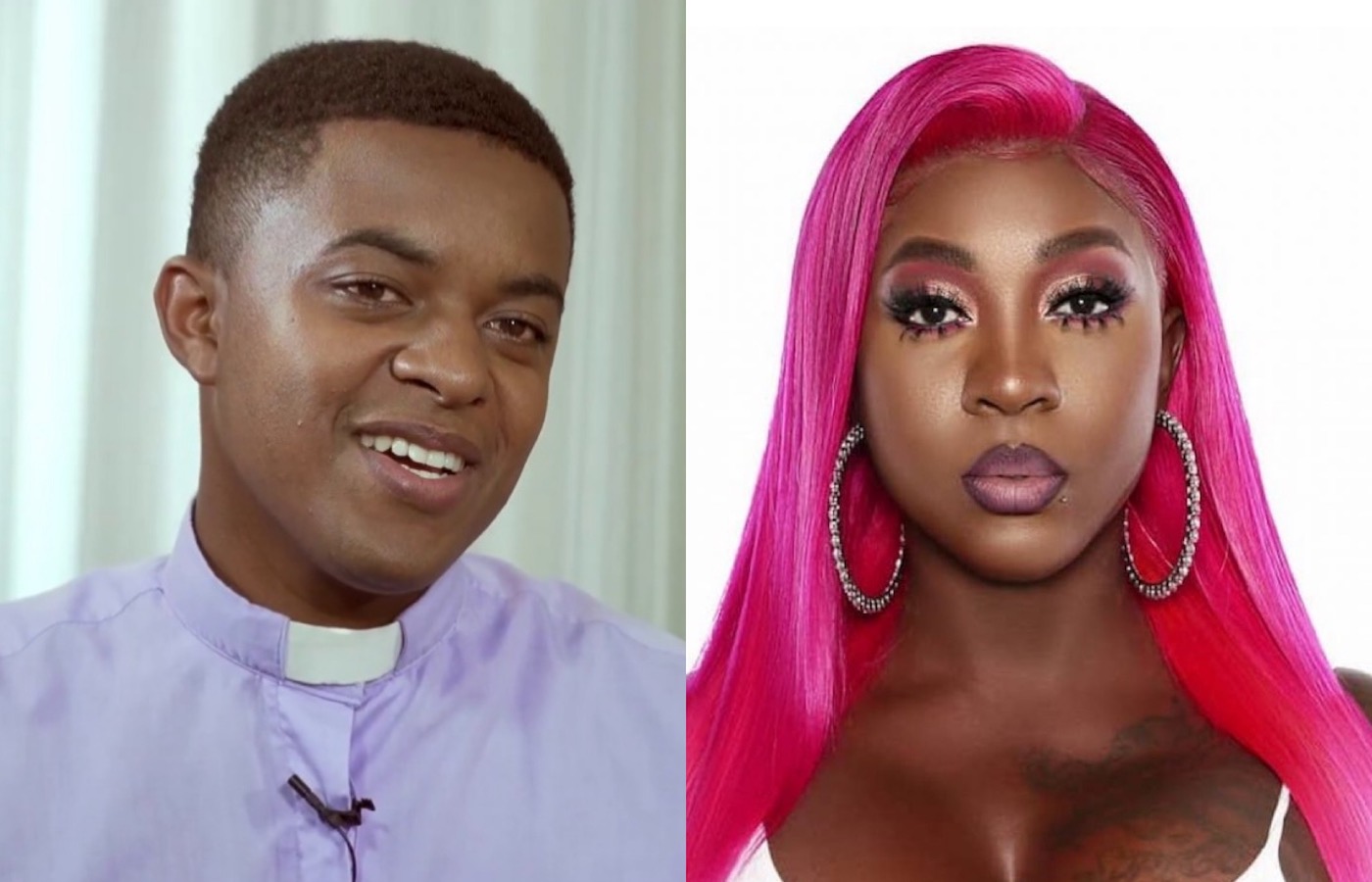 Spice has teamed up with Pastor Stephen Blake to deliver a gospel track. Something fans are not used to from the raunchy Queen of Dancehall.

Spice is known for her hardcore lyrics and bars, and while her signature style has been specializing in making sexy music for the women to wine up to, the “Ramping Shop” singer shows fans a different side of the dancehall veteran. Spice, whose name is Grace Hamilton, is featured on a gospel track, “Solid Ground” by ‘Dancehall Reverend’ Pastor Stephen Blake.

Pastor Stephen Blake made headlines last year when he spoke about coming into dancehall to convert the people with music, and it’s also surprising that he chose Spice for the collaboration versus others who are known to produce gospel music.

Nevertheless, “Solid Ground” is less Spice and more Grace Hamilton, but the flavor and talent are the same as she shows her musical is range is far beyond what has been delivered to fans. The spiritually themed song talks about faith and remaining composed as life’s hardships take their toll.

It also extends belief in God to show up in every situation. While it is a more gospel-sounding track, the content appeals to secular and religious fans who enjoy music with motivation and positivity.

Spice also takes on the perspective that even though she isn’t perfect, she still faces tough situations.

“I’m human. Pray every day and mi just affi stay strong/People try bring me inna confusion fi argue that affi be temptation/But check mi situation/Mi have admiration, and as a woman mi say you moral it affi be strong/Hol’ yuh concentration, nuh break you mediation because down to the Pastor have temptation,” Spice sings in the opening verse.

“Hold a solid ground, nuff temptation all around…father God protect me all around,” she sings in the chorus.

Pastor Blake also did not disappoint in the song. The artist, who has explained in the past that he is rooted in the church but desired to “take the ministry to the streets’, also delivers in what will undoubtedly be an anthem for fans.

The high-tempo song was released on Friday.