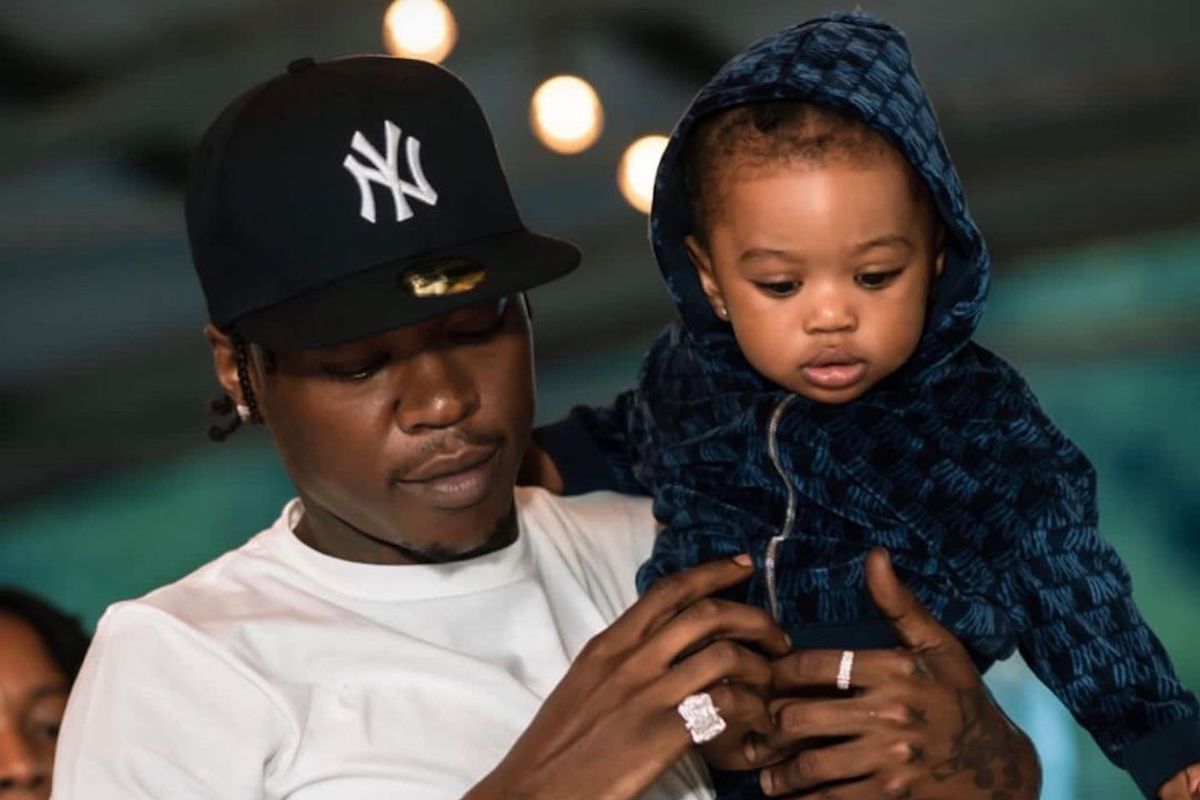 Skillibeng and Taveionn Telfer’s baby boy, Emhal is growing into a fine young man. The artist shared photos of Emhal on Wednesday, which showed how much he has grown since he was first shared with the world in December 2021.

The last time fans got a glimpse of the sweet baby boy was in December 2021 during his christening. It’s unclear if those photos were current or not, but Emhal is now a toddler, and he has the looks to match his cute stage of life.

Skillibeng shared two photos showing Emhal wearing a navy blue tracksuit, complete with a hoodie and grey and white sneakers. He also had on a chain with a large ‘E’ pendant. A second photo of the toddler showed a close-up photo of him as he opened his mouth, where about four lower teeth can be seen.

The artist shared that Emhal was celebrating his 1st birthday. His mother, Taveionn, also shared photos of his birthday blue and white Boss Baby-themed birthday party, where he is seen giving his parents a big smile. 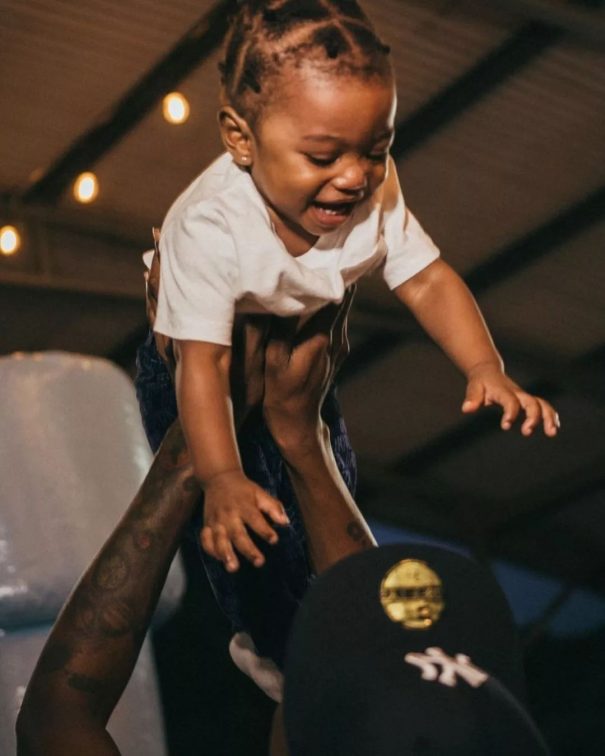 “Happy birthday to my whole heart, came into my life and made it a 100 times better! I was so nervous about becoming a mom but you and your dad has made my journey unimaginably perfect!” Taveionn said in an emotional message. “I love you so much my munchkin. Big one my little boss baby.”

Telfer and Skillibeng have been dating for a few years prior to him becoming famous. Late last year, they kept their pregnancy private, but Skillibeng offered the world a rare glimpse of Emhal during his 25th birthday celebrations.

The dancehall deejay, who was merely a Jamaican sensation at the time of Emhal’s birth, is now a global chart-topping artist with his songs “Crocodile Teeth” remix featuring Nicki Minaj and “Whap Whap,” and the song “Blessing Me” by Mura Masa and Pa Salieu which features him among others. 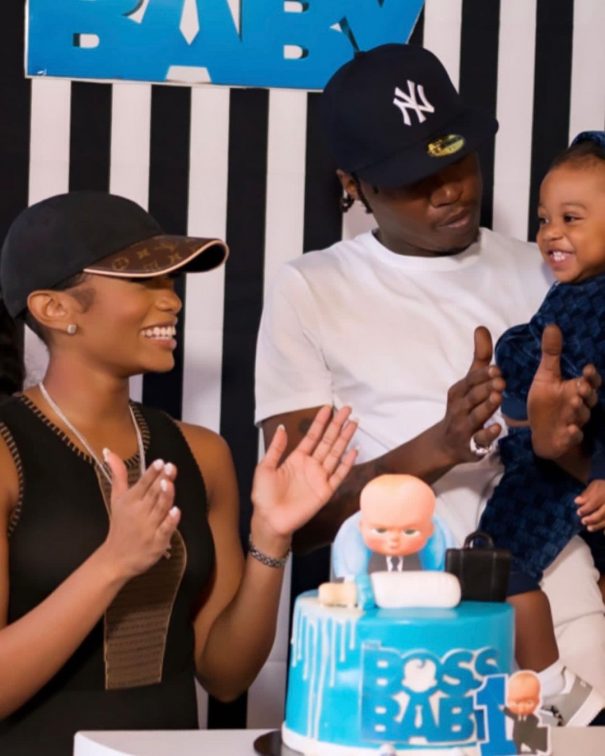