After months of waiting, fans can finally listen Skillibeng’s debut album, Crocodile Teeth, a moment he marks by sharing photos of his newborn baby.

The dancehall star dropped the on October 15th with a 13 song line up and much to his fans’ surprise, it comes along with a new music video for his two singles, “Piana-Beethoven Medley”.

Skillibeng also posted a series of promotional pictures on his Instagram to promote his new album, including his new “Crocodile Teeth” merch. Quite shockingly, one of his posts included his newborn child with Taveion Telfer cutely decked out in a newborn version of one of the hoodies.

A few months ago, rumors started to circulate that the pair had broken up, however, Tavi remains very supportive as she comments on all of his posts, and she reposts any info of his releases and activities on her Instagram Story. This may indicate that the pair had never actually broken up in the first place or that they mended things in private and rekindled their romance. Fans can only speculate as to the validity of the current state of their romance.

The tracklist for the album, posted almost one month before the album’s release, created a spectacular amount of hype and high expectations for the LP, which features a multitude of popular artists such as Davianah, Spice, Rich The Kid, Stefflon Don, Bobby Shmurda, and Popcaan.

Crocodile Teeth (Remix) brings back the official fan favorite to the forefront with an international artiste addition, Bobby Shmurda. The namesake of the album stands as a perfect intro to his newest project. Shmurda starts off the track with impeccable patois as he aces his joint verse with Skillibeng. “Everything get shot when I squeeze/ Bad bwoy, ah bad up dem thing,” deejayed or better yet ‘shmurdered’ the rapper. “Crocodile Teeth” sets the stage for the rest of the star-studded album and acts as a chaser for the heavy punch of the rest of the tracks. 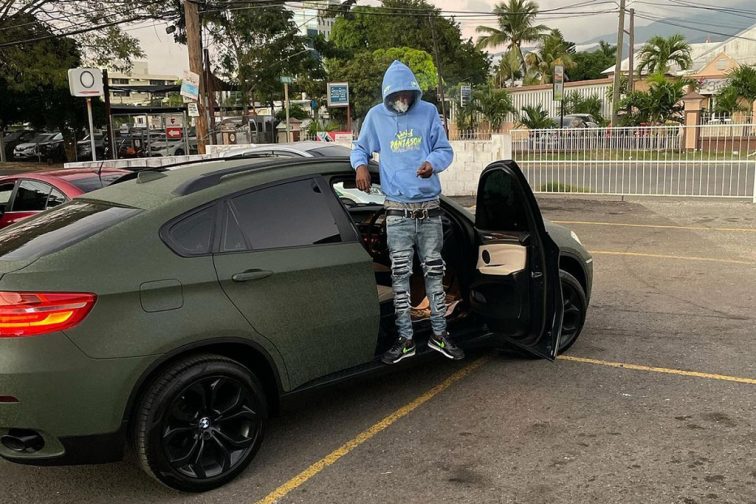 A few hours after the release of the Crocodile Teeth LP, Skillibeng pulled one more surprise out of his sleeve. He released a joint music video for his two singles, “Piana” and “Beethoven.” As an ode to one of the greatest musicians of all the time, the track “Piana-Beethoven Medley” features a dancehall rhythm over Beethoven’s classic. “Piana” was produced by Eastsyde Records and with credit productions for the Beethoven Medley going towards Johnny Wonder and Adde Instrumentals.

The video features a ballerina performing on an open field to an individual playing a black grand piano. The pianist is revealed to be Skillibeng, and the camera strategically zooms around him to the dancer’s movements. As the video continues, the audience is plunged into the story of the ballerina dancing between two men chained at the hands. Leading up to this line, the visuals take a sharp turn away from the dangerously gracefully scene.

The song then exposes its true colors as a joint song. The Beethoven Medley truly begins. It switches to the perspective of a soldier aiming at the E-Syde leader. Skillibeng assumes the role of Beethoven in costume while drinking whiskey in an old English study. The music video is a thought-provoking visual that plays with the theme of death and betrayal.

Continuing on the serious tone, the single “Richer” proves to be a new fan favorite with none other than the Queen of Dancehall. Spice explosively introduces herself as “A Spice wid di fat p***y,” on his track, “Richer”. This mash-up brings all of the expected heat and sensual flow from Spice while maintaining the familiar militance of Skilli’s demeanor. Fans get to see another side of Spice as she leans into his hard, heavy spitting flow.

“Rocket launcher”, however, cuts the album towards a more playful, summery tone. It features a contagious, fun beat to spearhead in the two award-winning artistes, Popcaan and Rich The Kid. Rich The Kid forwards in with the chorus, and to fan’s amusement, he even says one of Skillibeng’s most infamous lyrics, ‘di plane crash wid di coke’ later on in his verse.

“Stefflon Don” by Stefflon Don is a tongue twister, but neither artiste stumbles on the lyrics. The track is another stark contrast to his usual gun tunes and rapid-fire songs. It is a fun, sensual tribute to Stefflon Don and all ‘a di baddaz’ gyal dem’ and is the perfect light-hearted way to head into the more intense and somber song, “15teen,” the outro for the project.

The album goes way beyond fans’ expectations. Not only does it show the versatility and creativity of the Eastsyde King, but it also shows a new beginning for him outside of the local music industry and market. All of the collaborations highlight how well he can integrate his own rough, intense spitting to match almost any artiste thrown at him.