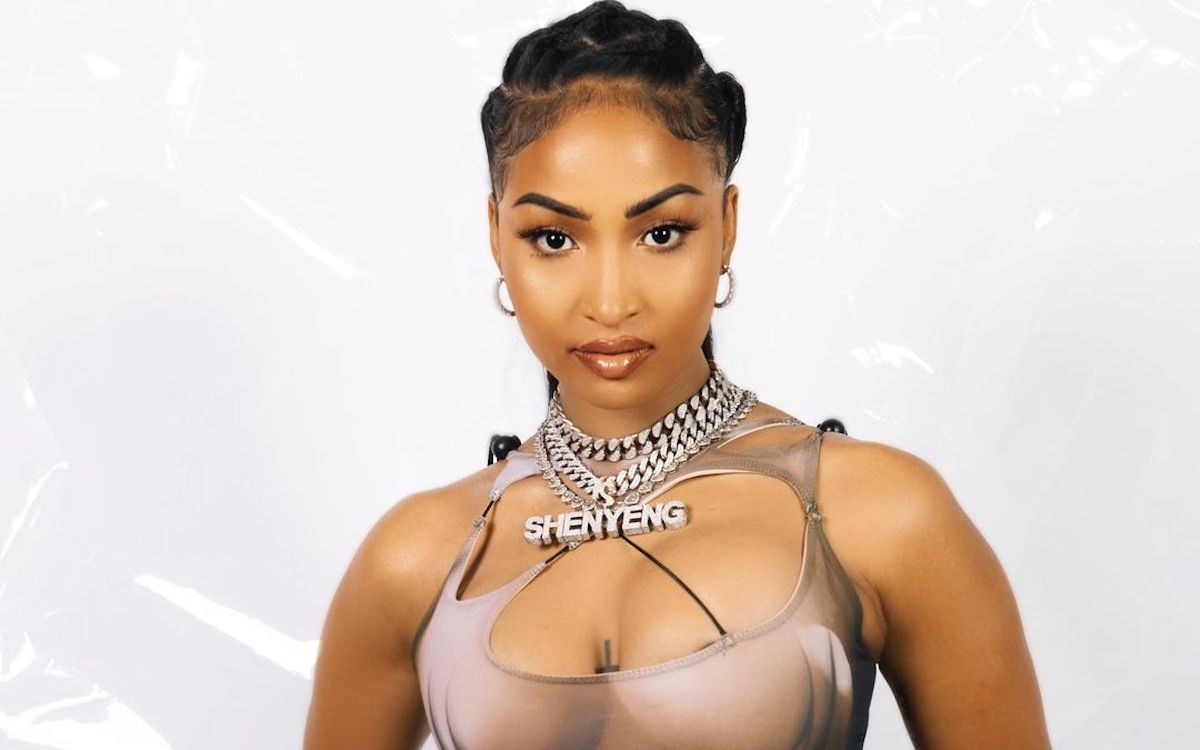 Shenseea gets her first taste of album success as fans stream her debut project.

Hours after Shenseea’s Alpha was released, the album hit No. 1 on the iTunes Reggae Albums chart. Fans and supporters of the young artist have been raving about the project and which features several big-name artists like Sean Paul, Beenie Man, Offset, and others.

Among the top charting songs include “Target”, “Can’t Anymore”, and “Henkel Glue”, while fan favorites “Body Count” and “She Ex Anthem” also trended on YouTube.

The album debuted No. 13 on the US iTunes Album chart and was at No. 1 in 5 countries, while her manager Romeich Major shared that the album was the 18th most streamed album on Apple Music on March 11.

Shenseea also updated her fans that the album charted in 96 countries worldwide. The album also hit No. 1 on the Reggae Albums chart displacing Bob Marley’s Legend from the top spot while Masicka’s 438 trailed at No. 3.

Shenseea has been hailed by many as the next big crossover star. Among those who have shared their well-wishes to the upcoming star is Beenie Man.

In a text message sent from Beenie Man to Shenseea, the artist congratulated her on the album’s success. “Shen, congrats on the blessings you are getting. Keep pushing,” Beenie Man said.

Shenseea captioned the post with a sweet message to the dancehall veteran. “Had to get one in with @Kingbeenieman there is no other like you! I knew it was a special one,” she said about “Henkel Glue”.

In the meantime, Shenseea plans to celebrate the album’s success at her first official release party in Los Angeles on Saturday. 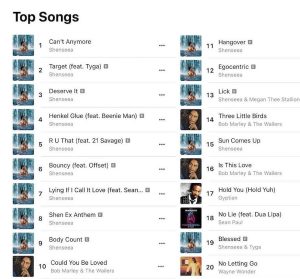