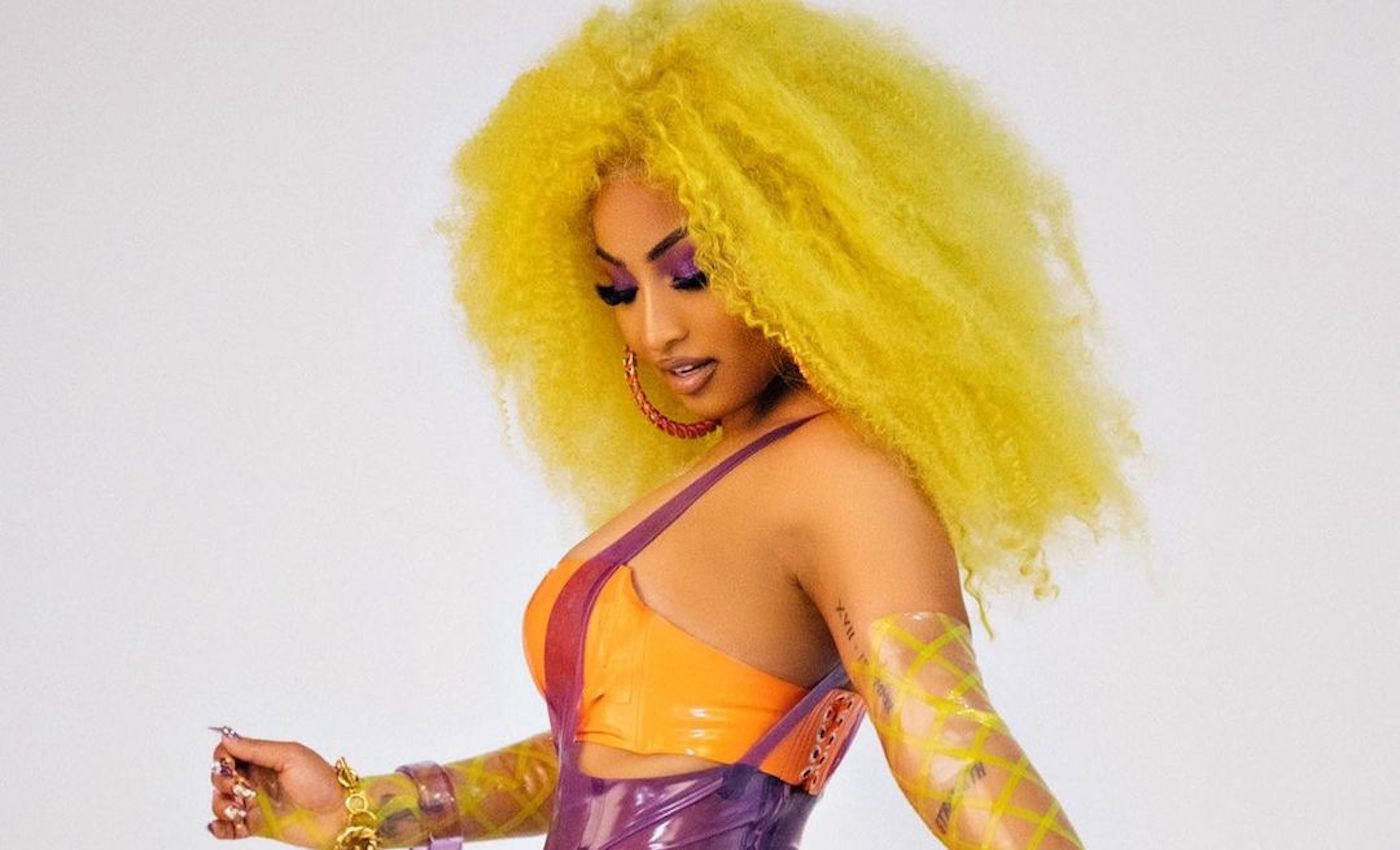 Shenseea is gearing up to perform one of her new songs on Jimmy Kimmel Live.

The Jamaican singer is set to make her first appearance on late-night TV with a performance slated for the Jimmy Kimmel Live show on March 3, 2022. The artiste’s appearance is a part of a program put on by Apple Music titled ‘Up Next’ where they focus on “identifying, showcasing and elevating rising artistes” monthly.

“I’m so excited to be chosen as an Apple Music Up Next artist,” she professed.

Shenseea also mentioned that Apple Music has been a great supporter since her US single “Blessed” was released and is very excited that the streaming platform wants to support her even more with her upcoming debut album Alpha.

The full requirement of the program saw Shenseea, in addition to her appearing on Jimmy Kimmel Live, being introduced to her audience via an Apple Music short film. She was also be interviewed by Apple Music 1 host, Nadeska about her career and rise in dancehall music.

In the short film, Shenseea speaks about her life before Dancehall and how she was raised in a strict, Christian home, an environment where most of her values and ethics today derived from. She highlighted how her mother also played an integral role in teaching her the importance of hard work, which has led to her extremely distinctive work ethic today.

“For me, growing up, I matured at a very young age, just dealing with life and dealing with people in general,” Shenseea details.

Shenseea will be another one of Dancehall’s exports to have appeared on the late-night show with Jimmy Kimmel, following in the footsteps of other artistes such as Spice, Shaggy, and Sean Paul.

The 25-year-old has been increasingly on the rise since the turn of the year after her highly touted collaborative release Lick, which was done with American female-rapper Megan Thee Stallion. She has also made several appearances in the American media following the release, having had an interview with Angie Martinez and an appearance on MTV’s Fresh Out, speaking with host Kevan Kenney.

Shenseea’s upcoming album is one that the music industry has been anticipating ever since she announced its impending release. The project, which is being produced by Jamaican Rvssian, is said to have been in the works for a “couple years” and is almost ready to be released to the public.