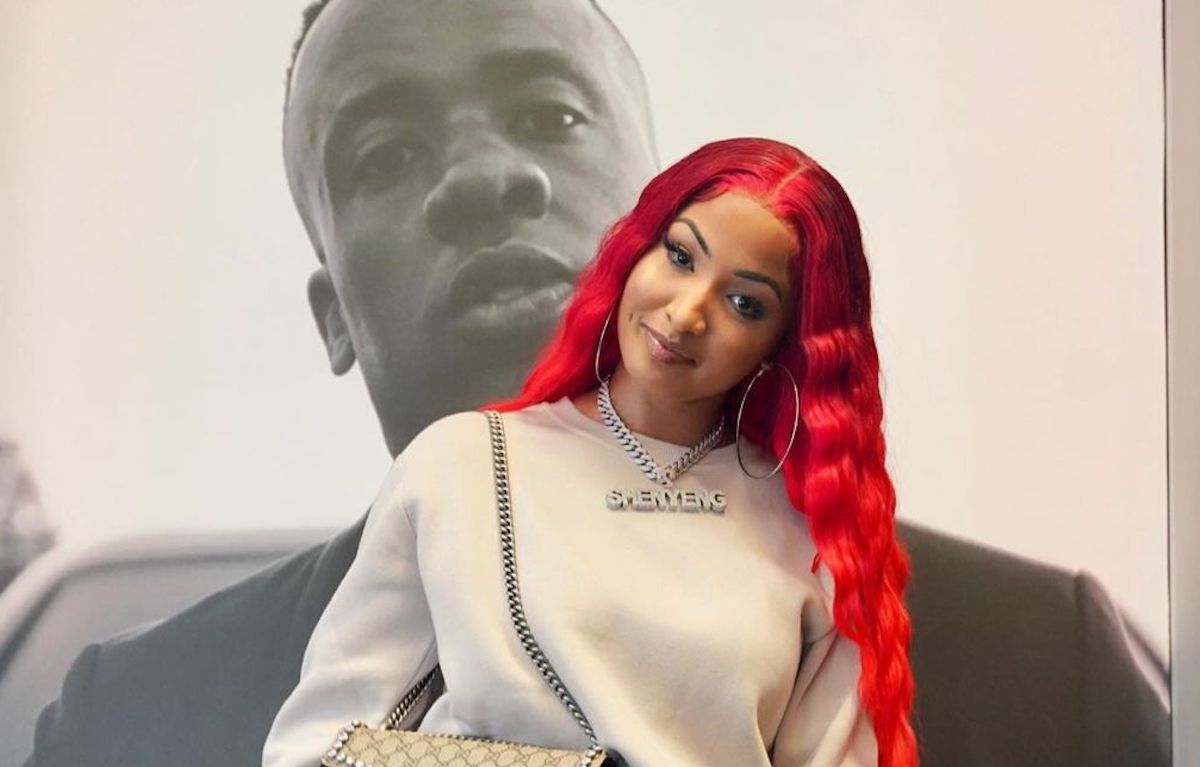 The dancehall princess is gearing up to release her first body of work with possible new music with platinum producers Murda Beatz and London on The Track. In her latest post on IG she wrote, “The Album is done, DONE!” while adding a padlock emoji. Shenseea has been spotted in the studio with the producers who tease new music. On Tuesday, Murda Beatz, whose real name is Shane Lindstrom, posted a teaser on Instagram with Shenseea in the background.

“Wait till they hear this,” he captioned a post with several photos as Shenseea stood next to him.

The Canadian-born producer is best known for his trap beats as an in-house producer with hip hop group Migos.

Murda Beatz has worked on eight Grammy-nominated albums and has over 20 Billboard No. 1 album to his name. Among his hits are Drake’s “Nice for What,” Travis Scott’s Butterfly Effect,” and “Motive” by Ariana Grande, featuring Doja Cat.

He was named on Forbes’ 30 under 30 for music in 2021 as among the leaders in music for North America who are topping charts and shifting culture. 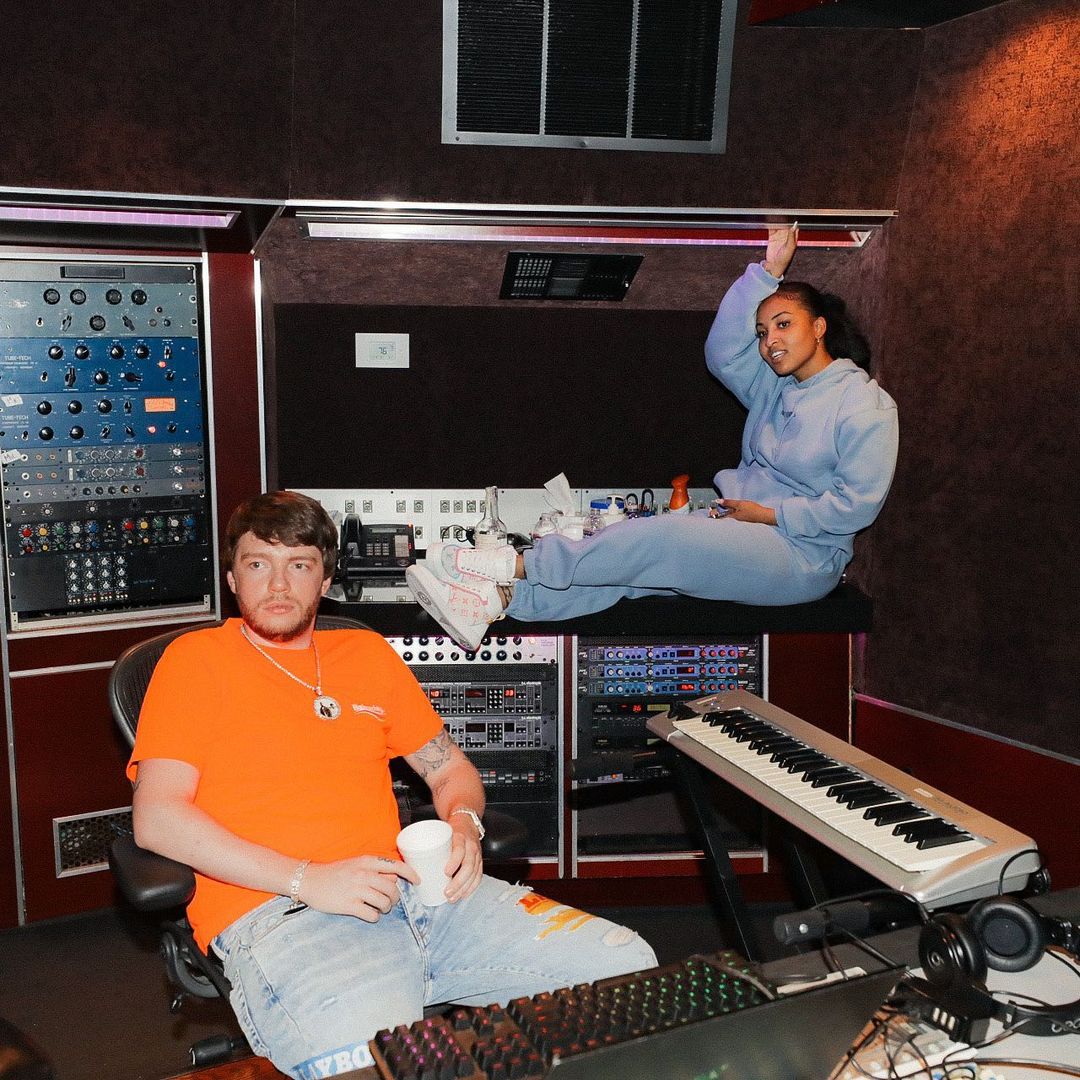 Shenseea has so far remained mum on her music, although she can be seen out and about mingling with hip hop stars. The dancehall deejay’s latest social stop was at Megan Thee Stallion’s Thot Shit music launch, where she interacted with Megan as well as Halle Bailey from Chloe X Halle, Busta Rhymes, Baby Cham, and others.

Shenseea also shared videos of her vibing with Megan as the two shared numbers and conversed.

“Its women celebrating women for me. The love is real! CONGRATS on all the wins babe,” she captioned one post referring to Megan’s recent sweep of award wins at the BET awards over the past weekend.

Shenseea has been keeping busy, but even as her social media presence is limited, she’s been updating her stories as she teases her fans that wait for her music to drop. The Jamaican artist is presently working on her debut album, which will feature different genres of music, including a mix of dancehall, rap, and trap.

Shenseea has updated her stories with scenes of herself in the studio with producer London On The Track, who’s best known for his hits “Numbers” by Roddy Ricch and Gunna, “Something real” with Chris Brown, “No Flag” featuring Nicki Minaj, 21 Savage and Offset, “Sneakin” by Drake and 21 Savage and among others.

In the meantime, it seems that the transition of day-to-day artist management by Romeich Major to music manager Wassim ‘Sal’ Slaiby has been opening doors for the artist as she has been spotted in the studio with several artists also managed by Slaiby.

Slaiby has been linked to Doja Cat, Ty Dolla $ign, and Swedish House Mafia, among others and is suspected to be managing Shenseea for months later as she relocated to the United States.

Despite the updates on her Instagram Stories, Shenseea has kept a low profile on social media otherwise, having only posted on the anniversary of her mother’s death. Her month-long absence may no doubt be connected to her breast augmentation, which she posted about last week.

Still, Shenseea’s fans are clamoring for new music as they constantly remind her in the comments section. “a collaboration with Meg the stallion would be awesome,” one fan commented to her post with Meghan The Stallion asking for her number.

Another said, “ok but wait can we get a song with the both of y’all??” while another said, “Shen wamp to the song for the summer I’m waiting,” another commented.

In an interview last summer, the Blessed artist said the reason she was in the United States was because of her upcoming album. At the time, she said the album would be a mix of different music genres. “It’s gonna be lit, I’m telling you. It’s going to have different, different vibes. It’s going to have an interracial mix,” she noted.

She also noted that the album would have lots of features lined up with not only dancehall but also rap music and rap and hip hop stars on the album.

So far, Shenseea has proved that she has versatility when it comes to music and the skills as she also writes her own music. She has an impressive catalog of dancehall hits with artists like Vybz Kartel, Konshens, and international crossover hits with Rvssian, Tyga, Swae Lee, and Young Thug.

In 2019 she signed a deal with international record label Interscope Records, brokered by Rvssian, who also co-managed her career. Among the well-known rappers she has shared studio times with include Meek Mill, Moneybagg Yo, Lil TJay, etc. There’s also speculation that rapper Drake might also feature on the album, particularly since texts purported to be exchanged between Drake and Shenseea were recently leaked suggesting that Shenseea was pregnant for Drake.

The fans’ interest was piqued as the texts with the former asking Shenseea to have an abortion surfaced on the internet while Shenseea insults him for not being supportive. Coupled with Shenseea’s notable absence from social media, it further fueled the rumors.

Neither of the two have confirmed or denied the rumors. However, it could very well mean that Shenseea will have Drake on the album as Jamaican fans regard him as an honourary Jamaican due to his love for our culture and his support for local charitable works by Popcaan’s team in his native parish of St. Thomas.

Drake and share a close friendship with Popcaan and even signed him to his OVO Records label.

In the meantime, it’s Shenseea, who the spotlight is on right now as she put in the work overseas.