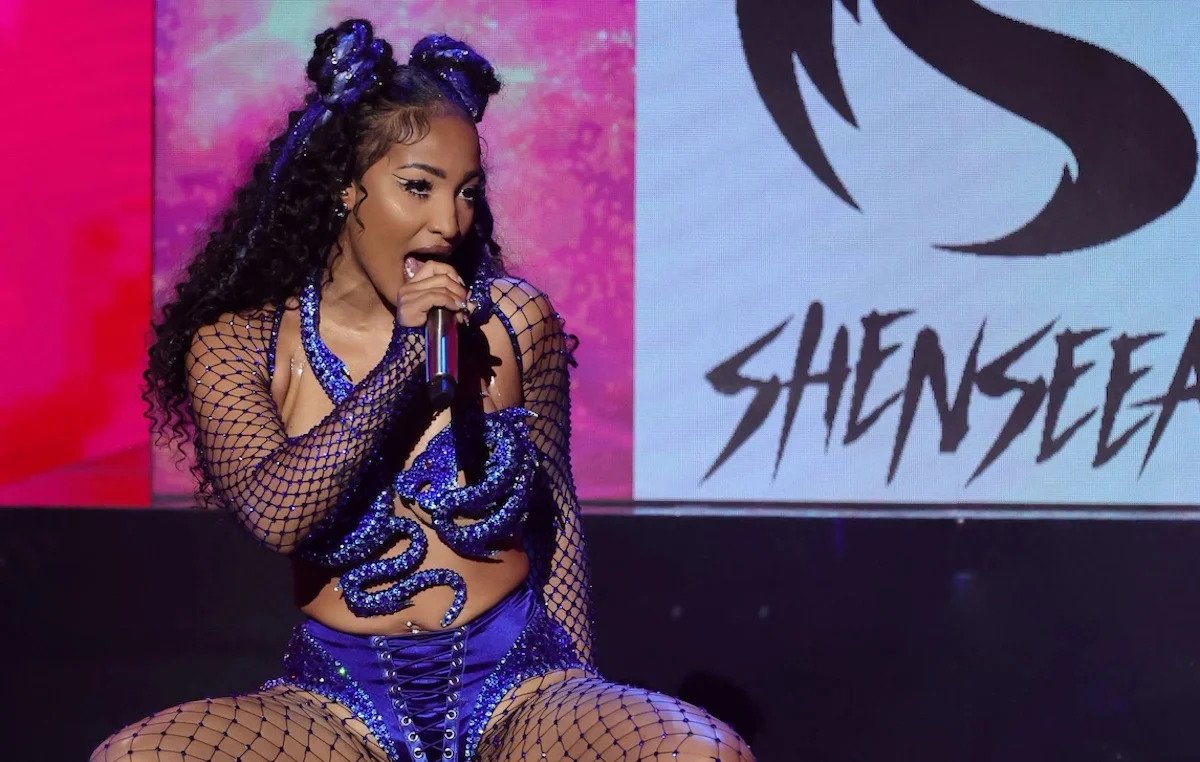 “Prince Harry’s Fav Artiste,” she captioned several photos of her wearing a royal blue bodysuit with a dragon styled over her breast and cabaret-style shorts with matching blue fishnet stockings on Instagram.

In another slide, Shenseea also shared snippets of her sensual performance at the event. The artist performed her song “Can’t Anymore” from her debut album ‘Alpha’ released last year. In the video, Shenseea also shows off her moves as she joins the coordinated dance with her backup performers. 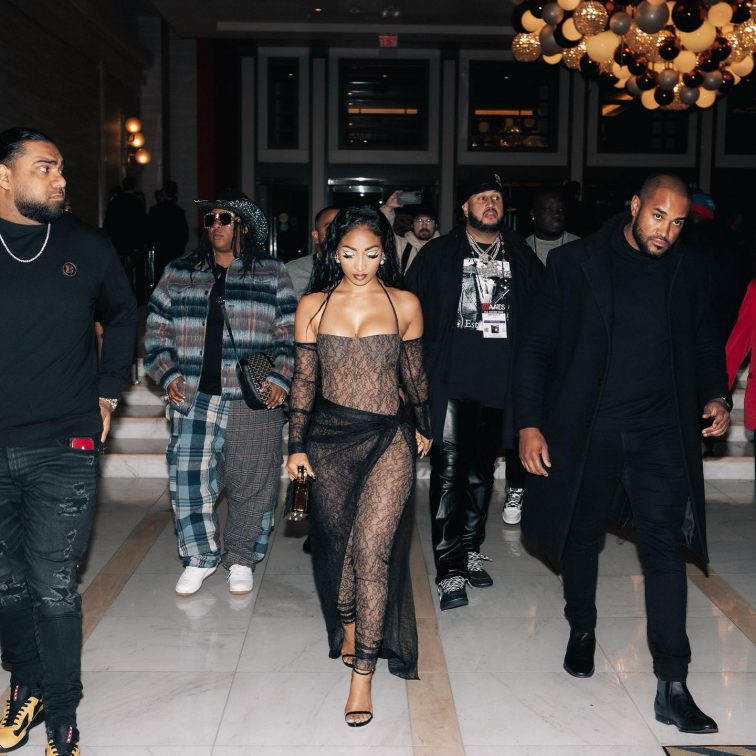 In other videos, Shenseea also performed the x-rated version of her Megan Thee Stallion collaboration, “Lick,” released in February. The Jamaican artist belts out the raw version of the song as she asks fans to “make some noise.” The artist also turned around, giving fans at the event attendees a cheeky look as she showed off her winning skills. 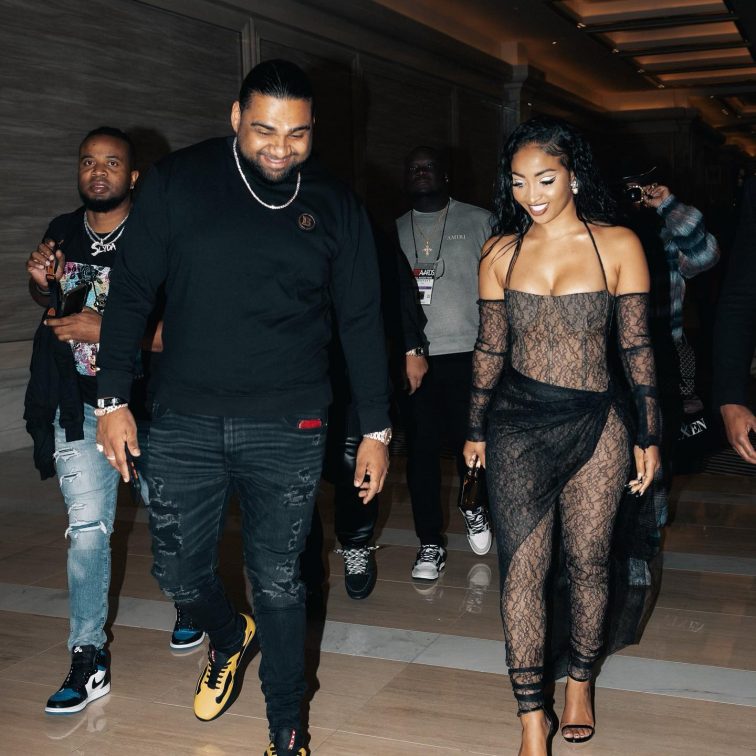 The AVN Awards was first started in 1984 and was held this year at the Resorts World Theatre in Las Vegas for the first time since the pandemic started. Known for honoring the best of adult industry films and talents, this year, say winners in 123 categories. Among the top performers was Kira Noir for Female Performer of the Year, Seth Gamble- Male Performer of the Year, Vanna Bardot & Gianna Dior, Cherie DeVille, Emma Rose, Charly Summer, Angela White, and many others.