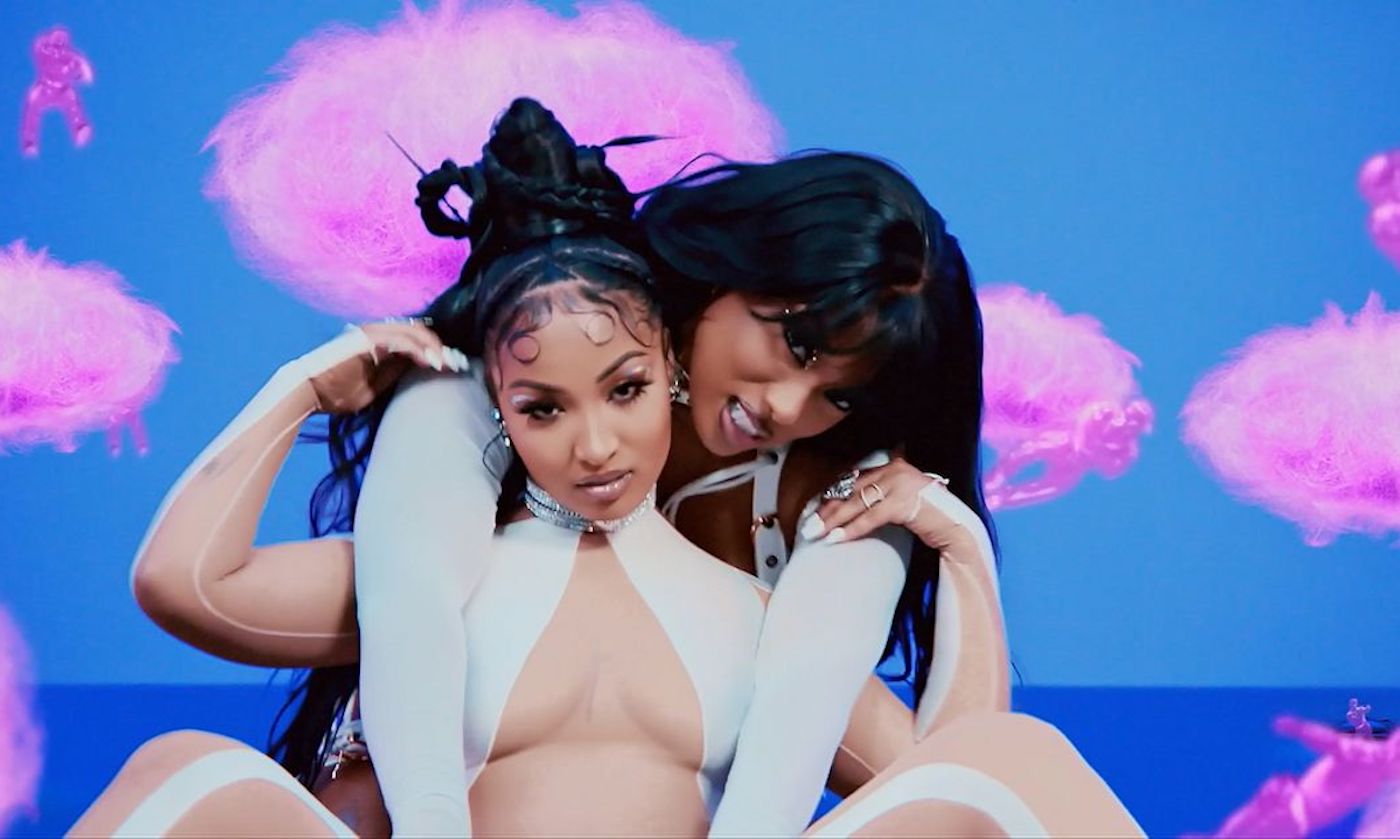 Much was expected from the collaboration between Megan Thee Stallion and Shenseea, and though initially, it got off to a rocky release, fans have taken a 180-degree turn on “Lick.” Produced by Rvssian‘s Rich Immigrants/Interscope Records, the almost three-minute-long tune is raunchy from the jump and does not play ease up on the sensibilities since not much is left to one’s imagination.

“Lick” is a huge collaboration between two of the biggest and most popular females in dancehall and hip-hop. Sadly, there aren’t many past collaborations with women at the top of the musical food chain, which makes this link a good move for women on top of their game to join forces musically for major creative projects.

Well, these women proved the industry wrong as they did partner up and produce a song that is definitely buzz-worthy. What is interesting is that there is also an infusion of soca at the beginning and during the chorus, which is a welcomed addition as it adds a strong up-tempo, festive vibe to the overall mood of the song, which opens with Shenseea telling her partner to open wider than he would in a dentist’s chair.

In the video, Shenseea’s lower cheeks are on display as she shows off what she can do with her gluteus maximus while asking men to practice their oral skills of ice cream cones and icicles. The visuals had several backup dancers gyrating on ice cream cones while Shenseea herself was working her dance magic on one of Megan’s ass cheeks. In one very raw scene, the dancehall princess is flat on her back with her legs sprawled open with a lollipop in the center, but the lollipop itself had a tongue that was doing too way too much. For the most part, Megan Thee Stallion was lying on her stomach, showing off her derriere. The two do appear together, dressed in all white, rubbing on each other.

Megan’s verse was good if sounding rather predictable hence why some say her lyrics are providing a “WAP 2” vibe. However, what she produces is still powerful enough for the song to take off like a bush fire.

She offers up, “He will see, barely ever heard the ni**a speak. I don’t give a f**k if me and your mamma never meet. I am grown, I don’t give a f**k about dude, you must be the sh*t if I really claim you. Buss it open, bend over, put my back in it, he’s addicted like it has a little crack in it. S*ck it little like a crab leg, I’m cracking it. Take it out, ketch your breath, get back in it.”

Both the hotties and Shenyeng fans expressed what they got out of the collab. One fan shared, “They put so much effort into their visuals. No one is in their category!” Another chimed, “Boxcova! Me wish you well on this international journey! Shen look damn good! I can tell she is testing out a new sound and I’m not mad at that. Meg murda her verse! She never haffi descriptive so!”