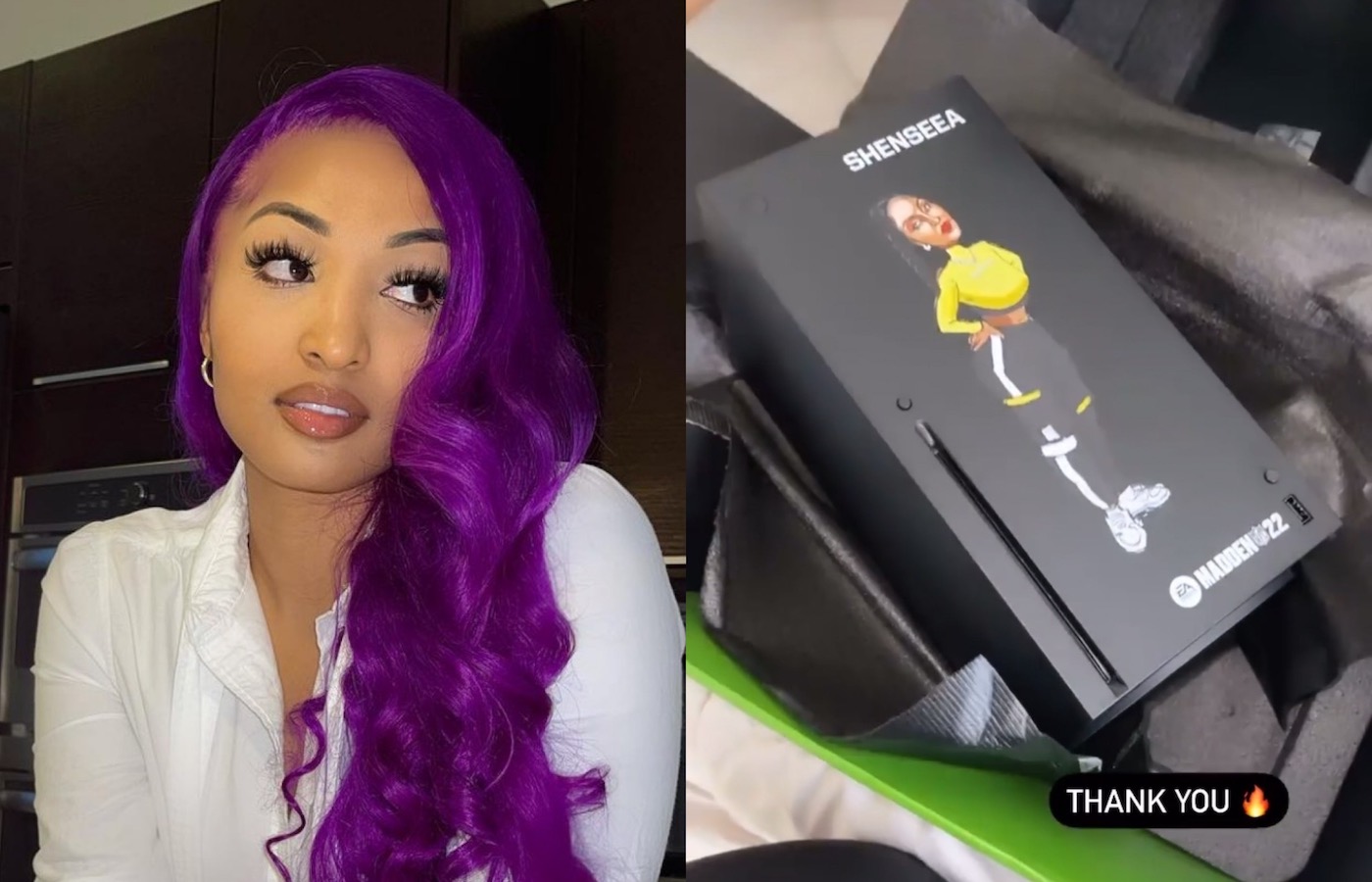 Dancehall it girl Shenseea has been garnering much attention lately with her numerous collaborations, involvement in huge projects, and her debut album coming soon. The “Run Run” singer continues to make a name for herself internationally as she takes on every new opportunity with her usual boldness and dancehall flair.

One of her recent endeavors was a feature on the soundtrack for a very popular EA Sports video game, Madden 22. Shenseea lent her voice to the song “How I’m Feeling” for the latest version of the popular American football game, Madden NFL 22. The franchise sent the dancehall star her own custom-made Xbox Series X video game console designed with her animated likeness as a thank you gift.

Shenseea took to Instagram to share a video of the thoughtful gift with her fans. “How fire is this? I got an Xbox from Madden. Thank you guys so much, showing me appreciation for being on the soundtrack,” she said. The deejay then shared a preview of her song, featuring Canadian rapper Belly to her Instagram Story.

“Dem gal ya red eye, neva mek right / Me deh ya suh fi life, dem a get by / Neva bow fi di fame, head’s high / Deh back me so all dem a see a taillight / Been a real ass b***h from da ghetto / I ain’t never goin switch, that’s facts tho / Can’t get me out like stain cah mi grow tough and mi know pain,” Shenseea deejays in a rap style on the track.

The extensive playlist is available to stream on Spotify and Apple Music and can be heard while playing Madden 22, which is also available now.