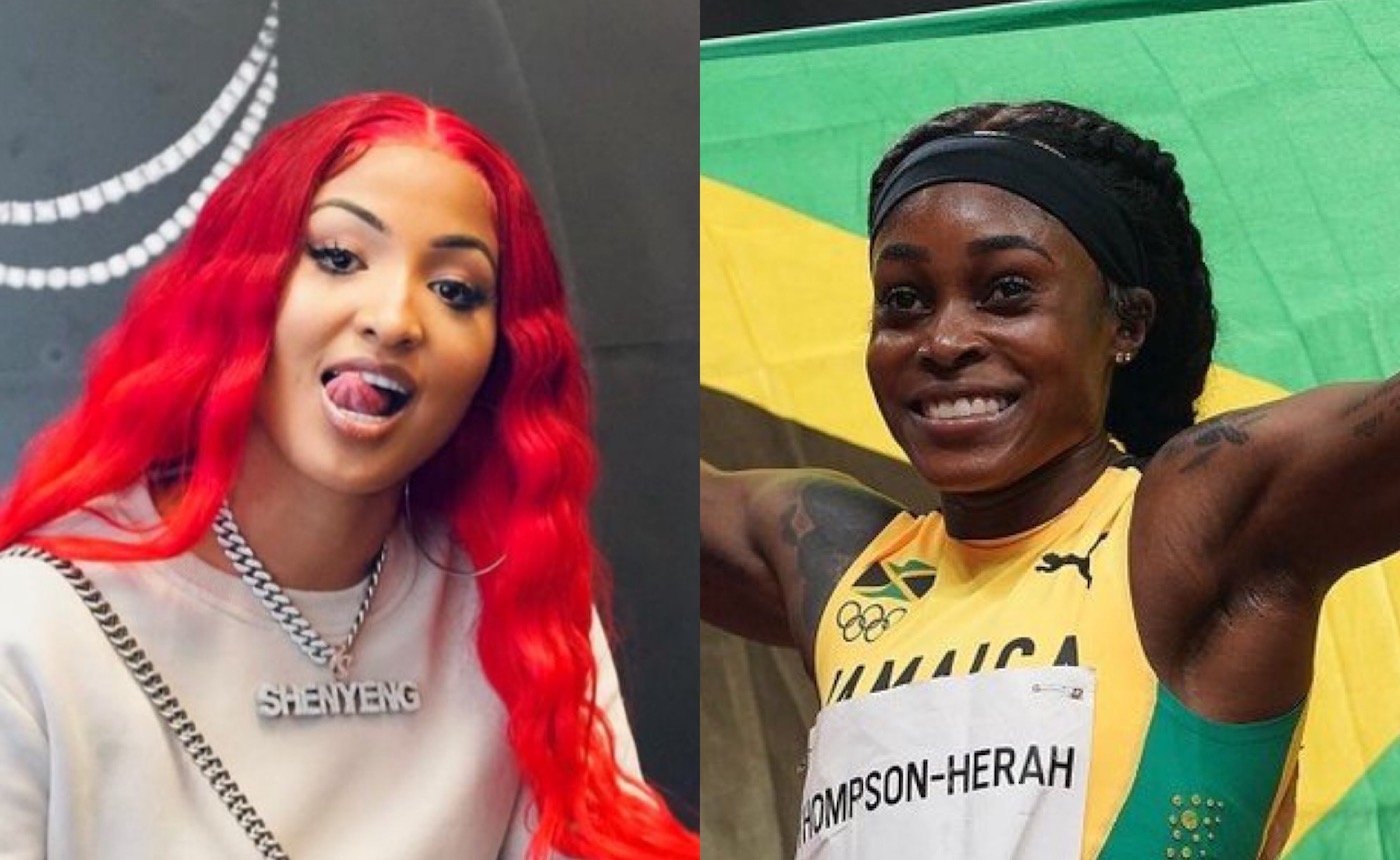 Shenseea is still basking in the glory of the moment when golden Olympic sprinter, Elaine Thompson-Herah, used her track “Run, Run” to shoot to her 200m victory even though many detractors are trying to insinuate that it was all a set-up.

On August 3, when Thompson-Herah made history when she became the first woman to defend her Olympic titles in the 100 and 200m, she revealed that the Shenseea’s track “Run Run” was a source of inspiration while she was sprinting.

“I was out there and I heard Shenseea’s song in my head, just ‘Run Run Run’ and I just keep on running until I reached to the line,” she said.

The sultry songstress immediately showed her appreciation of the moment with her fans on Instagram.

“This is such a hysterical moment! I’m happy to be a part of what motivates you! I watched the full interview, I love to see our Jamaican women so WELL SPOKEN!!! Y’all KNEW this would be my favourite part though CONGRATS man?” she said.

However, in what should have been a historic and proud moment between two Jamaicans, some have begun to circulate a rumor that Thompson was paid to endorse the track. A rumor that the “Bad Alone” singer got wind of and immediately rubbished.

She addressed the issue using a series of videos on her Instagram stories. The videos have already vanished from her account.

“Mi cya believe seh the people dem literally a seh I paid Elaine to say she used my song as apart of motivation for the race. You know come to think of it, I wish I did pay her eno, mi nah lie. Not only her, but mi wish mi did pay the whole athlete dem, give dem likkle food,” she said.

It doesn’t matter what anyone has to say about the moment, as Shenseea said that she would forever be grateful for such huge recognition on the global stage, especially since it served as a source of inspiration for Thompson’s gold.

“But anyways, that was priceless. Thank you again Elaine, thank you for including me, I appreciate it 100 per cent, and big up to all a di athletes, I’m so proud of y’all, y’all doing it big for Jamaica,” she added.