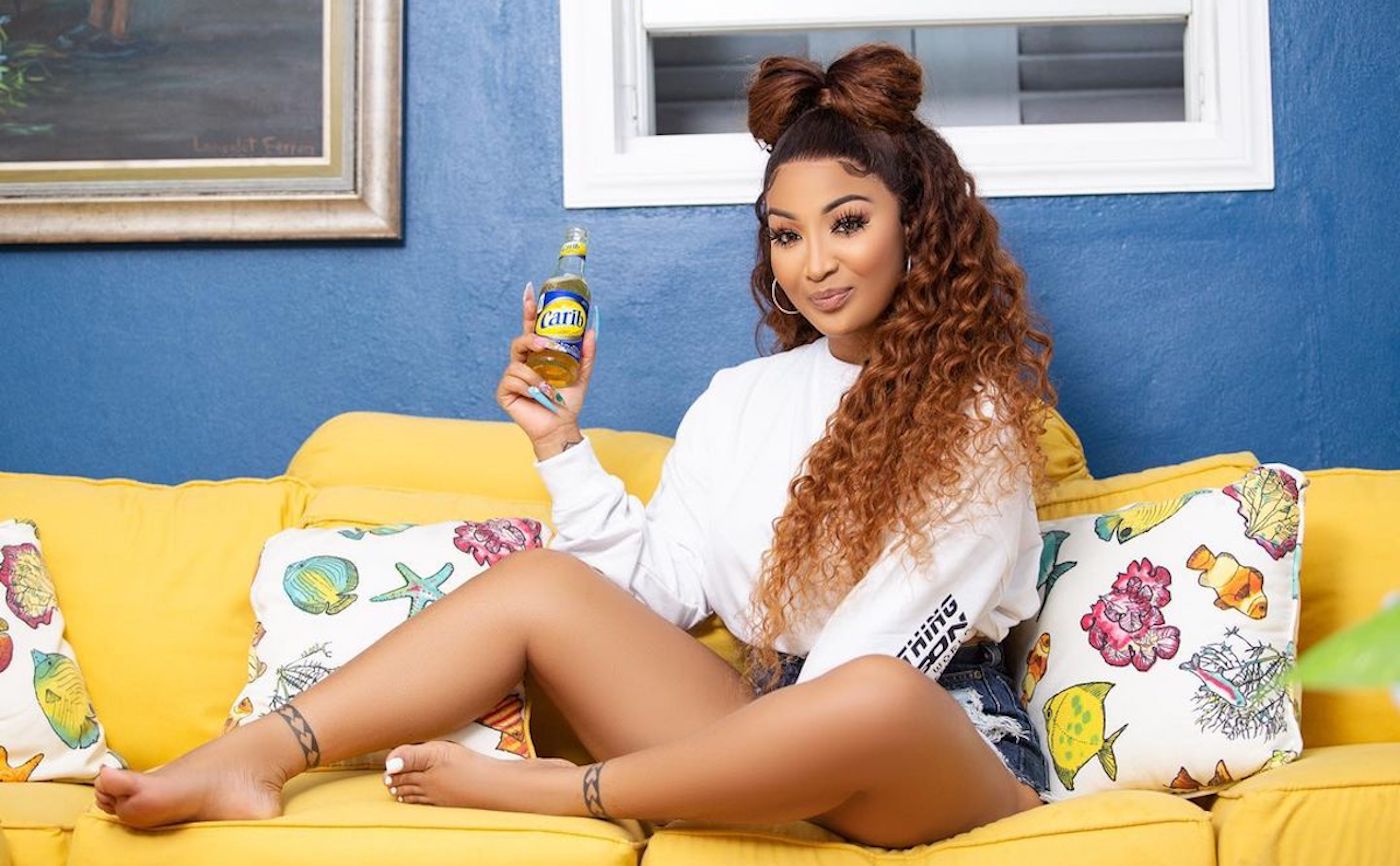 Shenseea is celebrating a new endorsement and a new truck!

Interscope Records-signee Shenseea is offering her fans an update on her personal and business achievements. Firstly, the dancehall singjay announced that she bought her first big girl truck. Now that she has that in the bag, Shen has her sights set on copping a Lamborghini next.

“Bought my first truck ooh!” the Shenyeng boss shrieked brimming with excitement. “I promise you my next vehicle is going to be a Lambo,” she added. In the video she posted on Instagram, the dancehall star gave her fans an eyeful of her brand new black Chevrolet truck. In the caption she wrote, “Priorities 1st…always.”

The “Lighter” crooner also announced that she has secured her ninth endorsement deal. In another video she shared, Shenseea revealed she is now representing Carib Beer and encouraged all her fans to go follow them. The clip begins with the Shenseea bolting down a path towards the camera along with her friend. She settled on a tie in the end and could hardly catch her breath when she shared the exciting details of her new contract with her fans.

“ANOTHER ONE.. I’m now apart of the @caribbeer family and we’re doing a giveaway to celebrate,” she wrote in the caption. Shenyengs better keep their eyes peeled because the contest winner gets the chance to meet Shenseea in person. The dancehall sensation is in her bag at the top of the year and she is gearing up for even bigger things. For one, fans are still looking forward to the long-awaited release of her debut studio album.

Are you looking forward to everything Shenseea has to offer this year?