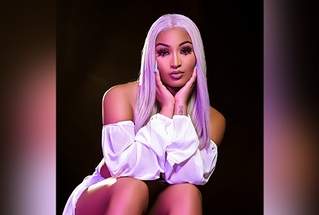 Pure Souls, which features the vocals of Shenseea and American rapper Roddy Ricch, debuted on the Billboard Hot 100 at number 52, while faring better on Hot Christian Songs and Hot Gospel Songs, where it debuted at 15 on both charts.

Believe What I Say, which features Buju Banton’s vocals, is number 13 on Hot Rap Songs, number 28 on the Billboard Hot 100, number 15 on Hot R&B/Hip Hop Songs, 10 on both Hot Christian Songs and Hot Gospel Songs, and 29 on the Billboard Canadian Hot 100 chart.

Still on the Billboard singles charts, Gyalis by Capella Grey continues to make its presence felt. The song released by Capitol Records climbs from 17 to 14 on the Mainstream R&B/Hip-Hop Airplay chart, while inching up from 25 to 24 on Rhythmic Airplay.

On the Billboard Reggae Albums chart, Legend by Bob Marley and The Wailers hang on to number one for an 86th week.

Shaggy’s Best of Shaggy: The Boombastic Collection is firm at two and Look for the Good by Jason Mraz is three.

Sean Paul’s Dutty Rock rises to seven, World on Fire by Stick Figure dips to eight, Gold by Bob Marley and the Wailers re-enters at nine, and Set in Stone by Stick Figure crashes from six to 10.

Walshy Fire: Riddimentary Selections slips to two with an additional 380 copies, while The Return of Pachyman by Pachyman is firm at three.

New at four is Pressure Busspipe’s Heights of Greatness which sold 102 copies, while backtracking from four to five is Ekundayo Inversions by El Michels Affair and Liam Bailey.

Jason Mraz’s Look for the Good is firm at six, new at seven is Kealamauloa Akon’s Mighty Love EP, and In the Moment by Rebelution slips three places to eight.

The Elovaters’s Castles is at nine, and Dub Collection by Rebelution rises from 27 to 10.

This article was taken from: https://www.jamaicaobserver.com/entertainment/music/