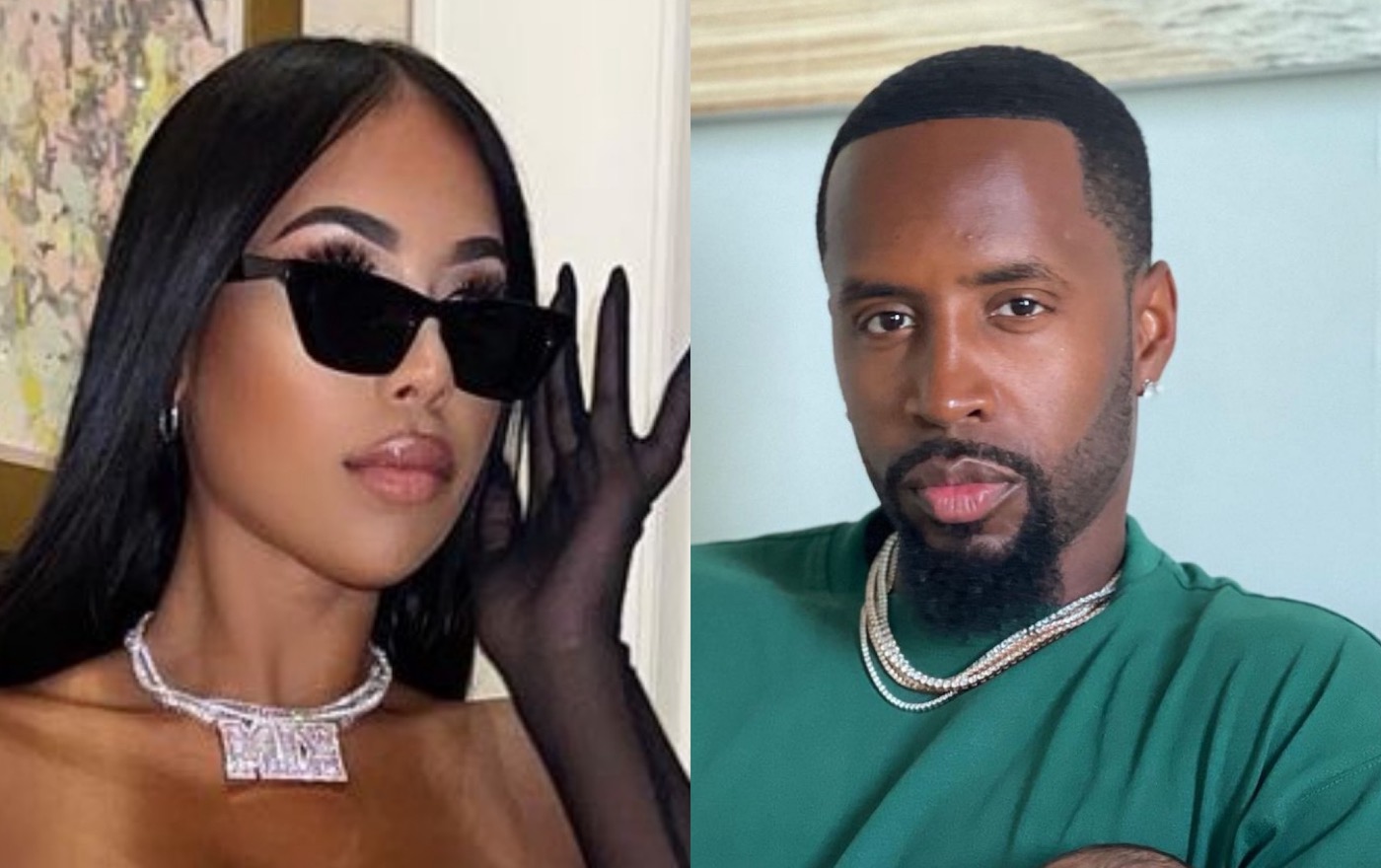 Safaree Samuels is threatening to take legal action against an unnamed person for the leaked private video of him and his girlfriend Kimbella Matos.

The videos were leaked on Thursday night and were being sold pay-per-view by a blogger on Patreon. A ten-minute clip has been circulating on Twitter and other sites showing the couple getting in on various occasions. Their identities are visible in the video, with Matos lying on the bed and Safaree standing behind her. There is also a video showing Matos giving Safaree “brains.”

An irate Safaree took to Twitter to warn that he will be taking legal action for the leak.

“I am Taking full legal and criminal action. The person who did that is going to pay. And I am not letting up either,” the Love & Hip Hop artist said.

Safaree is no stranger to leaks, as photos and videos of his private parts have leaked many times before. However, the rising rapper says that he is not taking this latest incident lightly.

“Not letting this 1 slide. This is a cyber crime and I am pressing full charges!” Safaree added.

I am Taking full legal and criminal action. The person who did that is going to pay. And I am not letting up either. Not letting this 1 slide. This is a cyber crime and I am pressing full charges!!

Safaree has previously been a victim of alleged cybercrime after his nudes went viral, leaving fans speechless at the size of his package. A confident Safaree has, however, turned the negative into a positive as he has a adult toy collaboration from the first leak of his privates.

There are speculations that Erica Mena might be behind the leak, but she has been very quiet on social media as she is busy promoting her Fox’s Tubi movie, The Stepmother.

Months ago, Erica Mena and Matos went at it as they traded accusations, with Mena calling the Instagram model a “Prostitute” and Matos dishing information on Mena, claiming that she was selling herself to rich ball players.

Kimbella Matos responded to the tweet while accusing Erica of being obsessed with her and calling her uneducated.

Erica Mena and Safaree announced they were officially divorced in March 2022 after being married for less than three years. The pair met on the cast of Love and Hip Hop franchise and got married in October 2019. However, their relationship was characterized by various problems after the birth of their first child. The former couple shares two children Legend, 1, and Majesty Safire, 2.

Mena has often accused Safaree of being a deadbeat father and had shared that Safaree was out partying for his birthday while she gave birth to their son. He also didn’t see the baby, who had to be hospitalized in NICU after birth, until days later. Safaree, on the other hand, has accused Mena of being difficult to deal with and keeping him from his children.