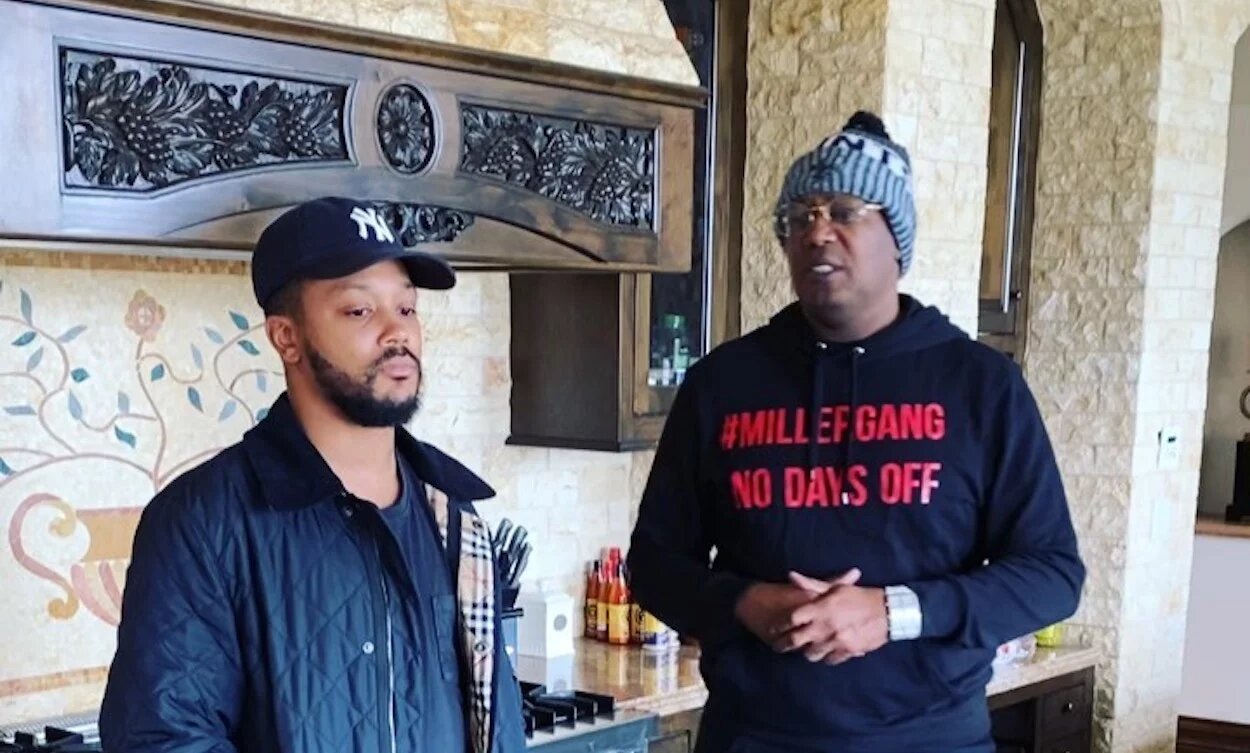 Master P and his son Romeo Miller are going back and forth on Instagram with some wild accusations.

The public family feud has caught some fans by surprise after the younger Miller shade his father after sharing a post tributing the late DJ Stephen “tWitch” Boss, who recently passed away by suicide. It didn’t take long for Master P to respond to Romeo on Instagram, where he called his kids entitled, saying that he would no longer be an ATM machine for them.

Before Master P let loose, Romeo penned a poem outlining his grouses with his famous father. “A poem, because poetry is one of the most powerful forms of therapy,” the rapper/actor wrote. “Let’s educate and break these cycles together! Your mental health is just like a muscle that needs to be built and treated. The next generation will grow stronger because of our truths and as a man of God, I know mines will one day too. The Tree of Trauma.”

After publishing the poem on his social media page, fans quickly started connecting the dots that their family feud was more than just mental health, but more about money. In his poem, he questioned his father’s ability as a father and accused him of neglecting his other siblings. He also said in the comments that all his siblings are broke, and he has been living month to month since he was age 18.

Master P fires back with his own post on Instagram, calling out his son for what he says is ungrateful.

“This new generation of kids need to stop blaming their parents for everything,” the No Limit founder wrote. How do they think they got to where they are without their parents making sacrifices for them?” P started his post. “Mental illness is real and so many families are tragically affected by it especially when there is added trauma like death of a loved on.”

Romeo Miller quickly responded, saying that that post was the final straw and that he was done following him blindly.

“This was my last straw pops, stop trying to play the victim,” Romeo wrote in the comments. “I loved you so much that I followed you blindly for 30+yrs. You know we’ve talked behind closed doors. You aren’t the man who you paint to be and why is it war because I refuse to follow ur lead. You only want to protect your image, but the image isn’t even real. And I don’t need anyone to feel sorry for me pops, I’m truly a man of God. If you are really a man of God, then you will prevail in the end, even when I share my truth. I’ve tried to keep things in house, you are addicted to social media and unfortunately use this app as therapy. 3k plus post. When the world find out about the finances, outside of a gift or a car I’ve never been paid for anything I’ve accomplished as Lil Romeo.”

Romeo Miller alluded that his uncles C Murder and Silkk The Shocker are aware that he didn’t make any money from his time as Lil Romeo.

One fan commented a message supporting Master P saying, “You set the foundation financially for the family we can all agree on, but it’s more to that than just money. That’s my only gripe with the older generation just cause money was put down doesn’t mean it’s enough… Other than that I hope y’all solve your family issues PRIVATELY! God bless yall!”

Romeo responded to that particular comment saying, “I been taking care of my pops bro, never touched no lil Romeo money, all went to pay of his irs taxes. I’ve been more than loyal. The truth will set us all free tho.”