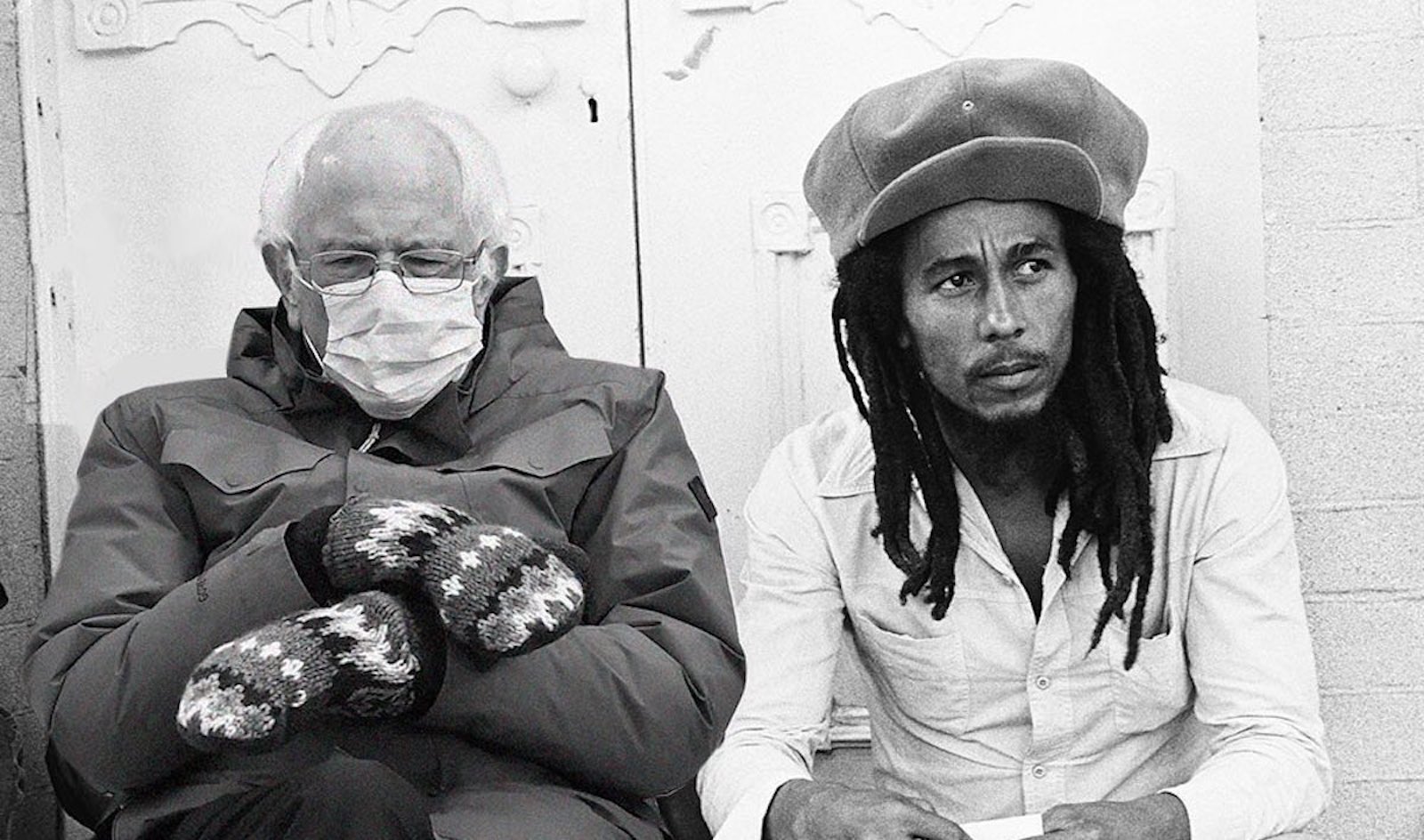 Bernie Sanders memes have been taking over social media and now Bob Marley is drawn into the mix.

United States politician Bernie Saunders has been making a number of appearances around the globe since Wednesday’s inauguration day. He has now been blessed with the coveted ability to go back in time, and in one image, we see him chilling with Jamaica’s late music legend, Bob Marley.

The late reggae legend iconic photo of him caressing a rolling paper while perched on a step is transformed with the inclusion of the 79-year-old senator from Vermont. The greyscale filter applied to the cleverly crafted meme dampens Bernie’s warm, light-brown jacket and oversized mittens but definitely helps with the authentic effect feeling.

The meme was shared on social media by the late Bob Marley’s wife Rita Marley, jokingly hinting that the image was one “From the archives.”

The hilarious meme is gaining a lot of traction on social media, even though some of ceased to see the comedic value in the altered image. Those against the movement argue that the meme’s creator has crossed the line since Bob Marley was not concerned with politics. Those who were able to locate the hilarity expressed their own interpretations of the image.

“How Mr. Marley not wearing no mask?lolololololololololol,” one IG user joked. “Bernie waiting on Bob to roll up,” wrote another person. “So bernie was always this old.”

Have you been wondering just how Bernie is able to accomplish his travels? It turns out that it all lies in a clever website engine created by an NYU student. The engine uses a background-free image of Bernie sitting during the swearing-in of the 46th president. The meme generator’s creator Nick Sawhney then used Google Maps Street View to allow Bernie to be dropped just about anywhere. Sadly, Sawhney has been forced to pull the plug on his website until he receives further backing.

“Unfortunately, the Google Maps API costs have spiked overnight, and I cannot afford to keep the site running. (And I am unable to pay what Google billed me when I woke up this morning!),” he wrote before asking for donations from persons who appreciate the services his generator provided.

What’s the funniest Bernie Saunders meme that you have seen?