Prominent Attorney-at-Law Bert Samuels says Popcaan has been having difficulty passing through London as he travels internationally because of false claims made against him.

Bert Samuels told Urban Islandz on Wednesday (January 12) that he rejected allegations that his client, international OVO artist Popcaan, was involved in gang-related activities and or that he was charged for a firearm offense in Jamaica.

On Wednesday morning, Popcaan shared that he was stuck in immigration in the United Kingdom for hours because of false allegations placed there by Jamaican authorities.

“I would like to know why someone with authority in Jamaica send information to England immigration that I’m a gang leader and I got charge with firearm, this is not cool at all from my own country, why I have to be sitting in immigration for over 3 hours??” Popcaan posted on his Twitter account.

His Attorney later retweeted his post, asserting that the allegations were untrue.

In an invited comment on Wednesday night, Mr. Samuels told Urban Islandz that he has written to the Home Office, the relevant agency that deals with immigration matters in the United Kingdom, in an effort to remove a red flag place about Popcaan, whose real name is Andre Sutherland. 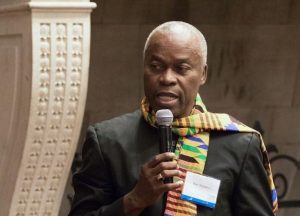 Mr. Samuels said that Popcaan has not been and has never been detained by an immigration authority. However, the artist has been having an unusually difficult time traveling through London to get to other destinations.

On Wednesday, Popcaan traveled from Ghana to London then to The Gambia based on flight routes available between the African nations. The Attorney says the artist was frustrated by the treatment he received, which included long wait times for hours before he was cleared by immigration.

The artist was made to wait for three hours on Wednesday before he was allowed to enter London.

Mr. Samuels said his client has made five trips that involved stopping in London, including his recent travels to Ghana, as there is no direct flight. However, a red flag has been placed on his travel record.

“Mr. Sutherland has gone to London several times in the last six months, and he has been traveling to London since 2020, but every trip to London has become frustrating…that tweet he made shows part of the frustration he is facing at immigration which is this scar that has been placed on him. I want to say he is not involved in any gang activity and he’s not convicted of any firearm offense.”

The high-profile lawyer went on to say he has written to the relevant minister about the information that was conveyed from immigration officials to Popcaan, but he has not received word as yet. He said he planned to follow up with the Ministry and the Home Office in England to rectify the artist’s record.

Last week Popcaan called for the Jamaican government to work on a direct flight from Jamaica to Ghana. The artist bought a mansion in Ghana in 2020, and he has been back and forth between Jamaica and the African continent.

Popcaan is set to perform at an event in The Gambia on January 15 which he was reportedly traveling for on Wednesday.

Poppy as your lawyer I totally reject those false allegations #jamaicaremoveitnow https://t.co/yVw3BZM9wW