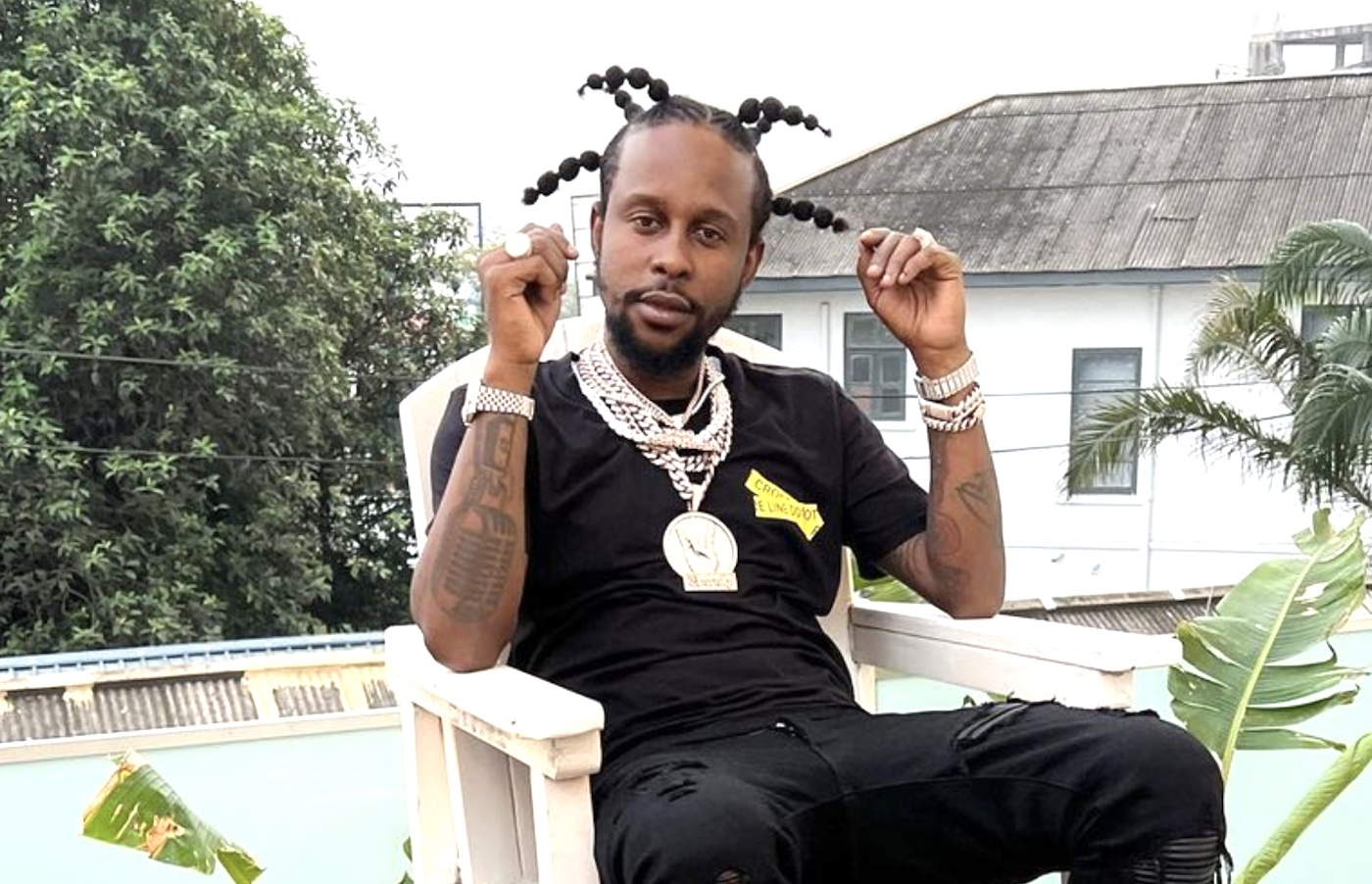 Popcaan denies claims by Kingston Music Fest promoter that he was provided with private jet and paid JM$22 million for his performance.

A man who says he is the promoter for the Kingston Music Festival is responding to Popcaan’s criticism at the show on Sunday. In an interview with Brandon Gonez, the organizer Dwayne Hines responded to Popcaan calling out the organizers for the shoddy organization of the show. The Toronto music festival went viral for all the wrong reasons on Tik Tok as partygoers say that they bought VIP tickets for $250 but wanted a refund after the fence that separated VIP and general was torn down.

Additionally, the concert experience has been described as the worst by some Tik Tokers, who said that the sound was not playing in the middle and back of the festival and that water, chasers, and other things were not available despite the sweltering heat.

Patrons also complain that they could not bring umbrellas or raincoats into the venue despite thunderstorm being in the forecast for the day of the festival.

Popcaan had criticized the show, noting he only performed because he didn’t want to disappoint fans.

Hear mi a say now, yuh zeet, to the promotion team fi da concert ya now, make me talk to oonu clear. A lot of my fans vex and angry because the promotion ah f***kery So hear wha now, yuh see when yuh book superstar pon show make sure oonu fix every bumbo***t thing, right, you hear that!” the dancehall artist said.

The artist added, “Listen to me again! you see all a dem hardworking, independent people yah, weh pay dem money for da bumboo***t show ya, Oonu disappoint them and disappoint me. If a never fi them mi gah mi yard, and oonu fi know that.”

Hines has taken offense to the statements by Popcaan as he tried to drag the artist for being seemingly ungrateful for past bookings.

Hines also claimed that he sponsored Popcaan’s jet and paid the artist a sizable amount of money, US$150,000, roughly JM$22 million to be exact. Instead of taking accountability for the problems that took place at the festival, Hines lashes out at Popcaan for “riling” up the concertgoers.

“Now when you pay an artist $150,000 US which is 22.5 million JMD… provided him with a private jet to get here, to tell him as the main artist and he’s riling the crowd up to give, to ask for refund and to blame the producers which wasn’t our fault,” he said.

He added, “are you going to give up your performance money that you got paid? Remember we have to pay our staff, who 550 staff, are we going to take back their pay because you riled up consumers to get a refund? You can’t do that. They have to feed their family the same way you took that money to feed your family or your friends in Jamaica.”

Popcaan also responded to Hines immediately after the clip with the remarks going viral as he noted he didn’t know who that person is and noted that he paid for his jet.

“Whoever you be…guh s*ck yuh mumma p***y!!! You provide jet fi who!! P***y a me get me own jet and pay for it out of my pocket. Guh s*ck out yuh mada and stop try pretty up things likkle f**,” Popcaan wrote.

Kingston Music Festival promoter says no to refund
Elsewhere in the interview, Hines said there will be no refunds for partygoers since there was damage to the fences, which caused the sound system to fail.

Videos of partygoers pushing down a flimsy fence in the general section to get into VIP have gone viral, and while many attendees called out the festival for the lax security measures, Hines says that fans were “excited” to be at the event.

Throughout his 20-minute interview, Hines does not acknowledge any blame on the part of the promoters and organizers as he noted that the crowd was “too excited.”

He also said that other venues had denied the hosting of Kingston Music Festival, but he did not state the reason but claimed that venues in Toronto were “discriminating” against “our culture.”

He added that they were forced to host the event at North York after being denied to host it elsewhere.

As for the other concerns, Hines does not apologize for anything going wrong, including the alleged traffic jams caused by the event, the empty bars leading to people fainting, or the late start to the show.

He, however, says the problems were caused by the crowd who pushed down the fence, causing the fiber optic cables to be cut.

Meanwhile, online, partygoers reacted to the statements by Hines, with the host Gonez pointing out that he attended the event but did not notice the number of security guards that the organizer claims were there.

Patrons have been reacting online, with most demanding a refund.

“Pure excuses…absolutely no accountability for NOTHING! The show was NOT delivered. Unacceptable man,” one person wrote.

“If you can kindly share the business name so we can avoid supporting people who do not take accountability. I don’t want to put my money in a brand like this black or white,” another fan said.

“The audio issues began way before the fence take down. I arrived 2:30 – 3 pm and the microphone kept going in and out. We couldn’t hear the full performances for the majority of the artists,” another person said.

Another patron also counteracted Hines’ claims that his business group Kingston Group Inc hosted successful events in the past.

“I went to that festival at Woodbine where they had Mavado and Alkaline. It was the same outcome. That event wasn’t flawless the artists almost didn’t come out because the lack of proper security. Just hold the lose and give people back their money smh!”

“Very disappointed with Dwayne Hinds’ response to the chaos,” one fan wrote. “He took no responsibility and blamed the patrons. They should boycott all his future event. Plus he had the nerve to belittle Popcaan by making it seem he’s responsible for his international success. Very distasteful. He didn’t help the situation….”

Hines’ interview has gone viral, with partygoers expressing outrage at his statements.

The promoter says that patrons will get “compensation” by attending many more of Kingston Group Inc’s festivals in the future.

“What we’d like to do is that we want to celebrate our success on delivering the festival. We want to apologize that we could not deliver the festival to the standards to create such a success that we wanted but the success is that Toronto you stood by us, you waited until the last minute, until all the technical issues and everything were solved and you were still there, with your cell phone lights on, to ensure that Popcaan had the largest audience that he ever performed in in North America,” Hines said.