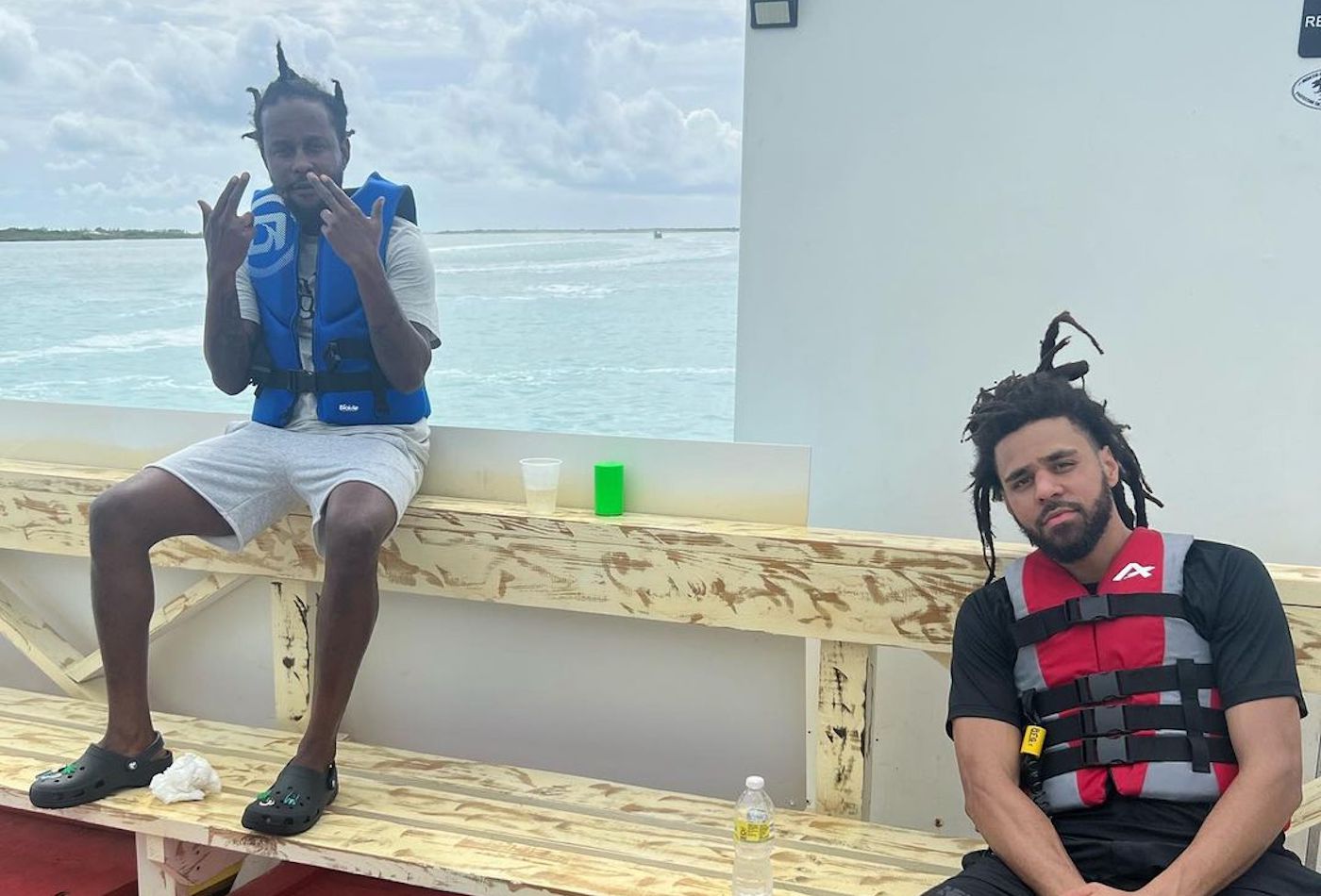 Could a Popcaan and J. Cole collab be in the works?

The Unruly Boss is rubbing shoulders with some of hip hop’s finest as he continues his vacation in Turks and Caicos with Drake and others. The Jamaican dancehall artist has been on the Caribbean Island since August 23, when he first shared photos of himself on Air Drake. Popcaan was spotted there with OVO label boss Drake at the beach, at parties, and out and about the villa they were staying at, where he appeared to spend time chilling and living it up.

On Tuesday, Popcaan shared that he was getting his self-care on as he shared a photo dump of himself at the spa where he was getting a facial. He also later posed for a photo with platinum-selling, Grammy-award-winning artist J. Cole and basketball player Kevin Durant.

In other videos, the artist shared several videos where they were picking out lunch- a bunch of giant-sized lobsters as well as videos of Drake being a daredevil as he rode around on his jet ski.

Other photos also showed Popcaan getting his hair shampooed by an unknown woman and him being kind to a thirsty baby crane. “Pull up to the bar on a jet to the ski,” he captioned the photo dump.

Popcaan has been working on his upcoming album Great is He, although he has not revealed a release date for the track. He previewed the album’s name in February, but he has not given any updates since. It’s unclear if being with J. Cole is an indication of music to come, and Popcaan has not said anything beyond the photos he posted.

The upcoming album is dropping under Drake’s OVO label, which previously released his mixtape ‘Vanquish’, and ‘Fixtape,’ the latter of which debuted at No. 2 on Billboard’s Reggae chart and Billboard’s 200 charts at No. 94.

With songs like “Bank and God,” “All I need,” “Friends Like These,” and “My Way,” Drake had also argued that Popcaan should have been nominated for a Grammy for the 2020 project.