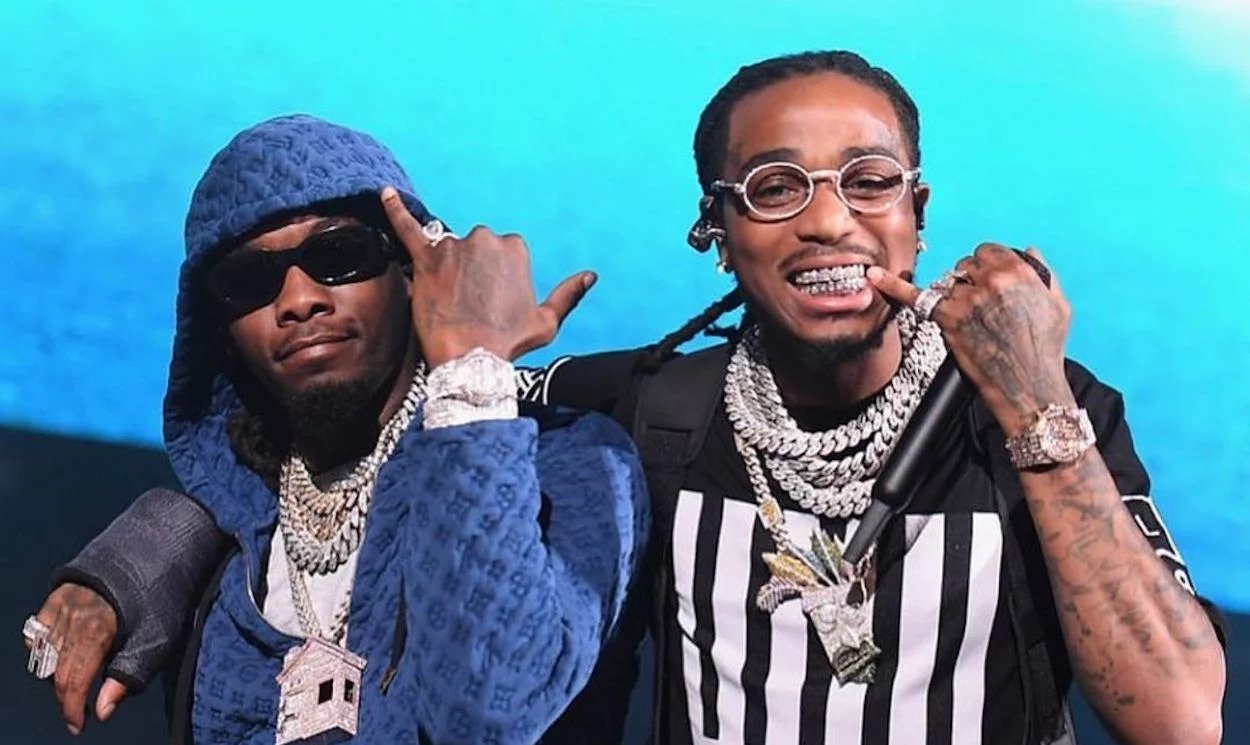 Quavo has seemingly hinted that Saweetie hooked up with someone close to him on his new song “Messy” with Takeoff.

A snippet of the song has been making the rounds on social media, triggering a frenzy among Migos fans, some of who think he is rapping about his former Migos member Offset. To be clear, Quavo did not namedrop anyone on the song that is featured on his new album. That didn’t stop fans from mentioning Saweetie and Offset since the two have been linked together recently in some wild accusation.

“I said ‘Caresha please’ ’cause she too messy, B***h f*** my dawg behind my back, but I ain’t stressin’, You wanted the gang, you shoulda just said it, we would have blessed it, Now sh** got messy,” Quavo raps while seemingly taking a jab at Yung Miami.

In August, Cardi B responded to accusations from a celebrity stylist that her husband had an affair with Saweetie. Cardi B called the accusation a lie, asking the stylist to provide receipts. Those receipts never came, but that didn’t stop the rumors from making the rounds. The allegations led to some folks in hip hop speculating that the “Icy Girl” rapper is the reason for Migos breaking up.

Lil Baby is also another name being thrown around in the mix. Last year, Lil Baby took Saweetie shopping at a Chanel store in New York City, triggering rumors that they were dating. At the time, Quavo reacted by shooting his shots at Baby’s ex-girlfriend and mother of his child, Jayda Cheaves.

he “Close Friends” rapper later tweeted that he is not dating anyone and is single. The Atlanta rapper felt like Saweetie used him to get back at her ex-boyfriend Quavo, who she accused of cheating on her.

Quavo and Offset are reportedly not on speaking terms, but Set and Takeoff speak occasionally. In a new interview, the two remaining Migos members discussed the future of the group, where they made it clear that Quavo and Takeoff will be a duo going forward. The two also seem to accuse Set of showing a lack of loyalty.

People think Quavo is confirming rumors that Offset smashed Saweetie in him and Takeoff’s song “Messy” releasing at midnight.

“B*tch f*cked my dog behind my back but I ain’t stressing. You wanted the gang you should’ve just said that we would’ve blessed you.” pic.twitter.com/XbPhsgOW9f

What they gone say next? Nicki sent saweetie to go fck offset???