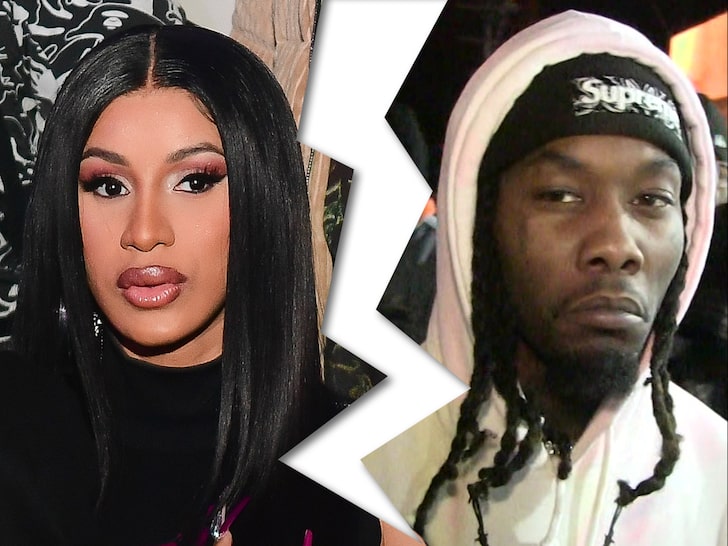 Cardi B has had enough of Offset‘s infidelity.

On Tuesday (September 15), word spread that Bardi, 27, filed for divorce from Offset, 28, her husband of three years. The filing took place at an Atlanta courthouse after the Migos rapper was reportedly unfaithful yet again. “Offset has pretty much cheated the entire time [they’ve been together], but Cardi looked the other way because of the baby,” an insider told People. “She also didn’t want to be embarrassed. But she’s had enough.”

In addition to her petition for divorce, Cardi’s court filings reveal Offset’s plan to contest the divorce. She’s listed as the plaintiff in the case, while Offset is listed as the defendant. The former couple, who share 2-year-old daughter Kulture Kiari, wed in 2017, before a public separation and reconciliation in 2018.

The pair has been hit with these kind of rumors plenty of times before. Besides rapping about the issue on “Be Careful” off her 2018 debut album, Invasion of Privacy, Bardi previously opened up about her decision to stick by Offset’s side. “I know I look good, I know I’m rich, I know I’m talented. I know I could get any man I want — any basketball player, football player,” she said in February 2018. “But I want to work out my sh*t with my man, and I don’t got to explain why. I’m not your property. This is my life … I’m going to take my time, and I’m going to decide on my decision. It’s not right, what he f*cking did, but people don’t know what I did, ’cause I ain’t no angel.”