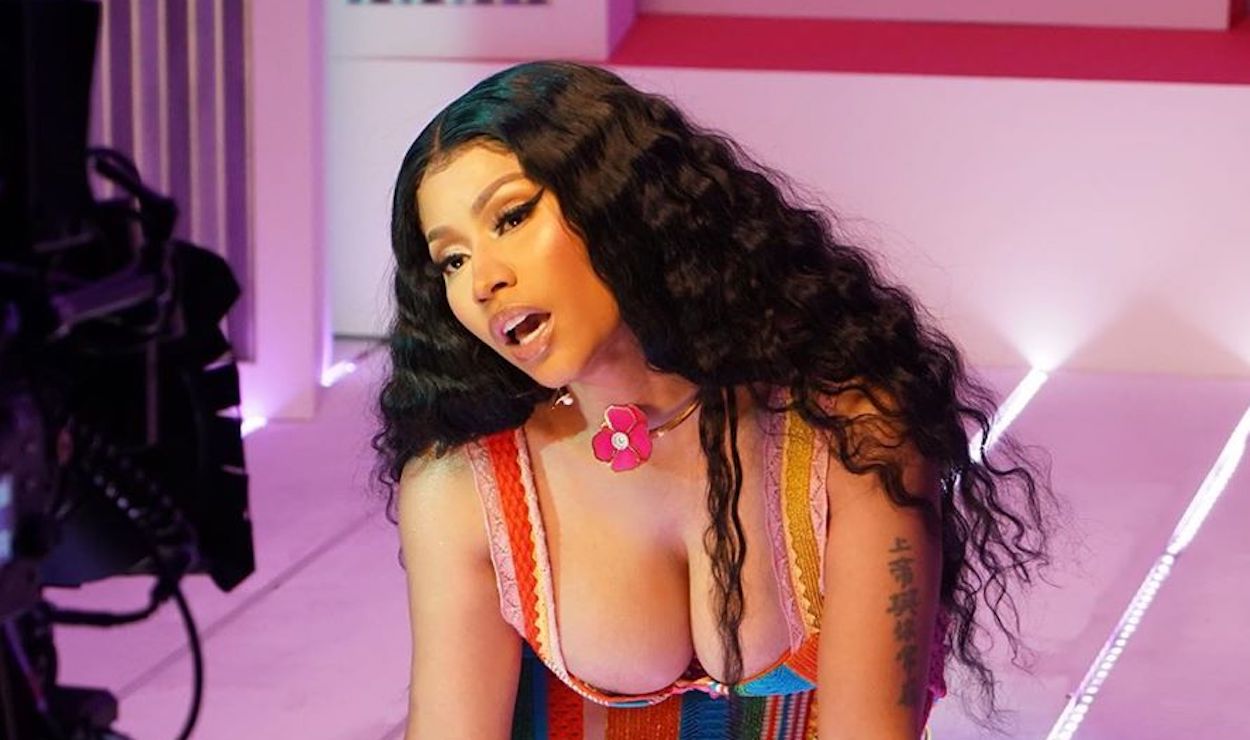 Nicki Minaj is addressing the criticism surrounding her decision to collaborate with Tekashi 6ix9ine.

When it was announced that Nicki Minaj would be working with Tekashi 6ix9ine again, this time after he has earned the soiled reputation of a snitch, people were questioning why. While Nicki joined the 24-year-old rapper on a track before in 2018 prior to his arrest and subsequent conviction, she is the first artist to officially release a song with the rapper after his high profile racketeering case, which saw him flip on his Nine Trey Blood gangmates.

With their new song “Trollz” came out yesterday, Nicki Minaj and Tekashi 6ix9ine are pulling out all the stops for promotion, including offering exclusive merch on their websites with the song title branded on the apparel. Nicki has been staring in the face of backlash since announcing this song from which she said some proceeds will be donated to the Bail Out Project. In spite of Nicki’s philanthropic intentions, fans have been harsh.

Nicki’s Barbz gang has understandably been defending their Queen, but the “Chun-Li” rapper is a big girl so she asked them to retreat. Taking to Twitter to address the concerns, Nicki said, “You don’t have to defend me. I’m not afraid of internet trolls, blogs, artists. I don’t jump on band wagons.” Perhaps Nicki believes she was ahead of the curve because she collaborated with the rapper in the past against the wishes of many fans and critics. “Many will never know what it feels like to have a mind of their own,” she added.

Nicki Minaj and Tekashi 6ix9ine made a smash hit record with “FEFE” in 2018. The song that debuted months before the rainbow-haired rapper was taken into custody has been certified platinum eight times over and peaked at No. 3 on the Billboard Hot 100. Nicki can say that she had success with the rapper before, and she’s not just “jumping on the bandwagon” now, but people weren’t thrilled about her working with him the first time either.

6ix9ine has always led with controversy, and in 2018, it was his child molestation case that loomed over his head. The case that goes back to 2015 involved him sharing explicit videos engaging in sexual activities with a 13-year-old girl. Nicki caught a lot of heat for teaming up with the fellow New York rapper then too, so she must be used to it by now.

Do you think Nicki’s decision to go against popular opinion is going to hurt her, or does she already have another hit on her hands with all this attention?