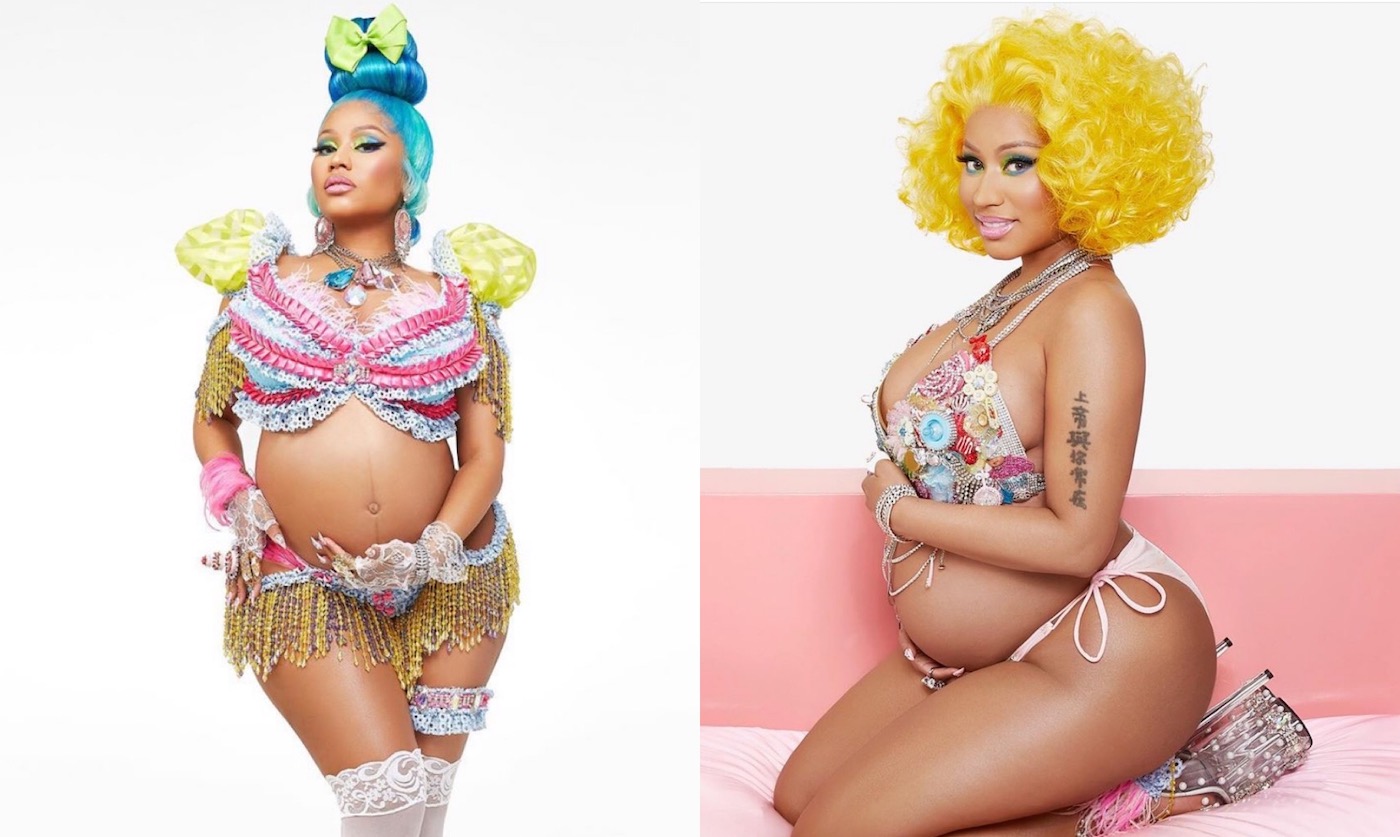 Baby On Board! There’s a mini-Minaj on the way! Nicki Minaj broke the internet on Monday when she revealed that she’s pregnant with her first child and sharing images of her baby bump.

Less than a year after marrying Kenneth Petty, the Trinidadian born rapper has confirmed they are expecting their first child together. After years of her signature lyrical spitfire “all these b****es is my sons,” reigning rap queen Nicki Minaj has finally confirmed that she’s on her way to motherhood. Barbz and music video buffs were left speculating on her potential pregnancy after what many swore was a baby bump in the revealing clips for her recent collaboration, Trollz.

Taking to her Instagram, at exactly 9am, the generous queen confirmed the wonderful news with the revelatory one-liner, “#Preggers.” She later added in another post, “Love. Marriage. Baby carriage. Overflowing with excitement & gratitude. Thank you all for the well wishes.” Nicki Minaj left fans convinced she was expecting with the viral tweet “Lmao. No throwing up. But nausea and peeing non stop. Omg what do u think this means guys???? Lmaooooooooooo.” When asked for a snap of her baby bump following that post, Mrs. Petty responded with another cryptic hint —- ‘the world ain’t ready yet’, which fueled rumors and led her fans on even more. It seems now’s a fitting enough time for the “Super Bass” rapper who rocked a curly yellow coif, coy smile and bedazzled baby-inspired boustierre for her reveal.

Decked out with bejeweled baby pins, dazzling rattles, and cleverly placed bottle nipples, the superstar’s customized top matched glitzy stripper heels but her bulging midsection still no doubt steals the moment. Recently married to music industry professional Kenneth Petty, the madly in love pair have been inseparable even making an appearance at Trinidad Carnival back in February.

Nicki Minaj revealed in a Complex interview back in 2014 that she wanted to be happily married before becoming a mom, and now it seems all the stars have aligned for the new mom to be.

Naturally, since the news broke, the hip-hop hitmaker has been showered with congratulations, well wishes, and even a few affirmations. While she hasn’t told us the gender just yet, Halle Berry, Spice, Lil Nas X, Young M.A., and countless others were seen in the comments showing plenty of love.

Lmao. No throwing up. But nausea and peeing non stop. Omg what do u think this means guys???? Lmaooooooooooo https://t.co/NLxdgw01fD