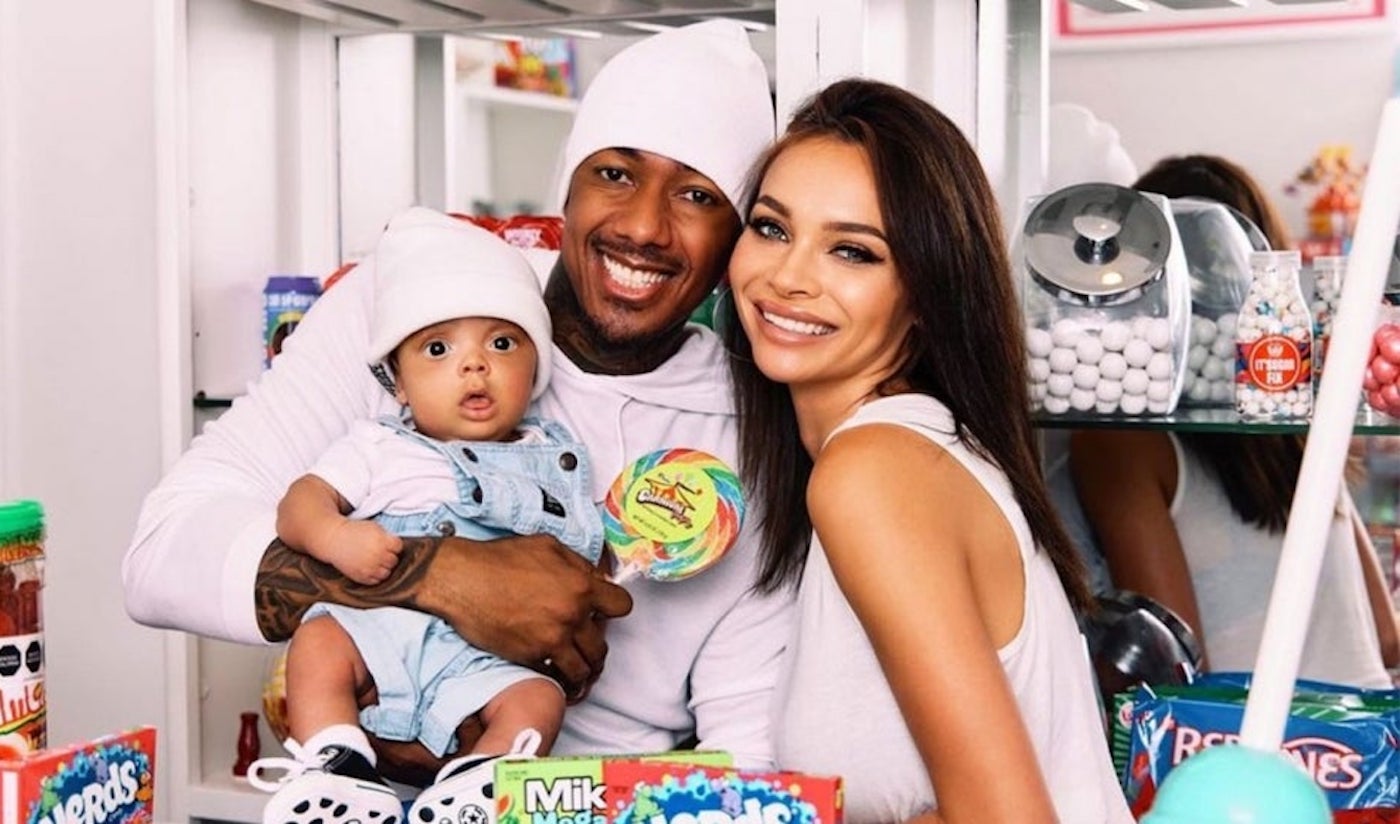 On Tuesday, a tearful Nick Cannon disclosed on his daytime talk show- The Nick Cannon Show that his youngest son, 5-month-old Zen, died of brain cancer.

Zen Cannon was Nick’s seventh child conceived with his girlfriend Alyssa Scott, with whom he also shares another child.

Nick Cannon and Scott welcomed Zen back in June, but the baby was battling a rare form of brain cancer that unfortunately took his life on Sunday, Nick said.

While speaking about the illness, an emotional Nick Cannon said they took their baby for a routine exam for sinus issues only to discover that he was battling Hydrocephalus, a form of brain cancer.

“I always noticed he had a cough and so I wanted to check it out,” he said. “He had this interesting breathing and by the time he was two months I noticed he had this nice sized head too — a Cannon head. We didn’t think anything of it. But I wanted to take him to the doctor for his sinus and breathing. We thought it would be routine.”

Cannon said that the discovery became a nightmare for his family as they also found out that baby Zen had a malignant tumor in his head along with swelling of the brain due to fluid buildup. The baby later had brain surgery to drain the fluid, but his health began to deteriorate.

“This weekend I made an effort to spend the most quality time with Zen. We woke up on Sunday and went to the ocean with him and Alyssa and then I had to fly back to New York for the show,” he shared as he became teary-eyed. “I got a call on my way to the airport to head back to Zen.”

The entertainer said he had a chance to hold his son for the last time this weekend before he passed away.

“You can’t heal until you feel,” he said. “I kinda went back and forth on what I should do, but I felt like I was always tough, you go through it while you grow through it, you keep pushing, I still have so much faith in God…I did pray for a miracle, I prayed for the miracle of God’s strength…you know he puts the most and heaviest weight on the shoulders of his strongest soldiers, so I’m here to show I am fighting,” Cannon said before breaking down in tears.

The entertainer added that he was vulnerable and open, but he was on his show which he dedicated to his son – a “celebration of life” for Zen.

Cannon is definitely having a rough week as he is also dealing with the public humiliation of having a nude photo of his privates leaking the internet on Monday.