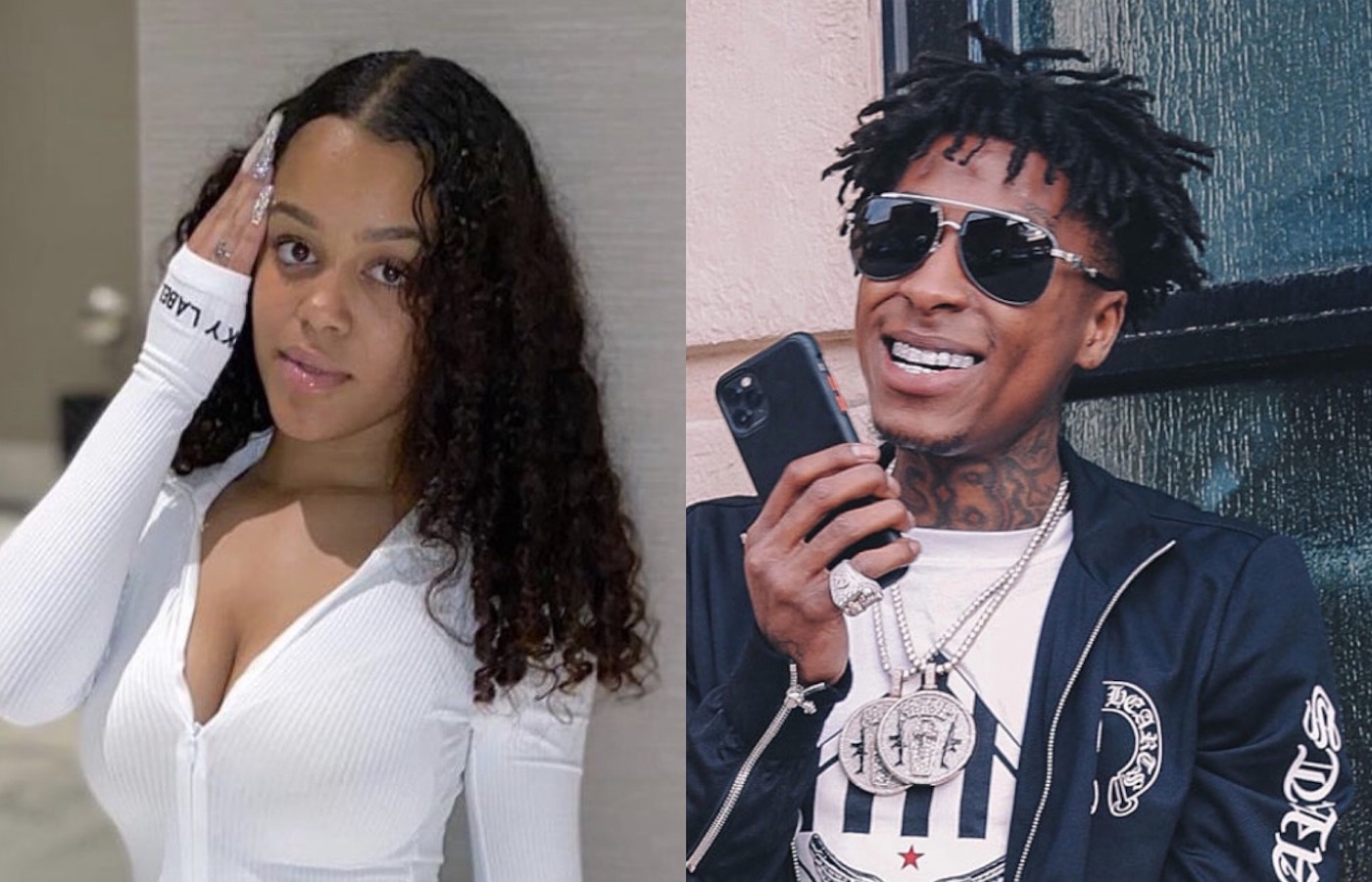 NBA YoungBoy is expanding his family! The 22-year-old rapper is set to become a father for the ninth time as he teases the pregnancy of his fiancée Jazlyn Mychelle.

YoungBoy Never Broke Again has eight biological children from seven different women and a ninth child that he raises and acknowledges as his from one of his exes.

On Sunday, YoungBoy shared several images of himself on daddy duty and dropped the photo of a pregnant belly which many of his fans speculate belongs to his fiancée due to the massive diamond on her finger.

The Baton Rouge rapper also shared a new single, “Purge Me,” along with the music video in a series of photos on his Instagram account.

“Dåñg?røùš ??vê,” the caption read, which featured a carousel of photos with him posing for a photo by a poolside and another with him holding a little girl while a little boy sits on a bed. He also showed off his drone, as well as a stack of cash and his diamond jewelry with the surprise at the end, Mychelle’s pregnant belly, which seems to be at an advanced stage, and her huge diamond ring sitting on her stomach.

NBA YoungBoy was recently acquitted of felony bun charges in California, but he remains on house arrest as he awaits the outcome of a different case in Baton Rouge. It seems that the rapper has been keeping himself busy at home with his house arrest. Mychelle is said to be living with the rapper at his Utah home. 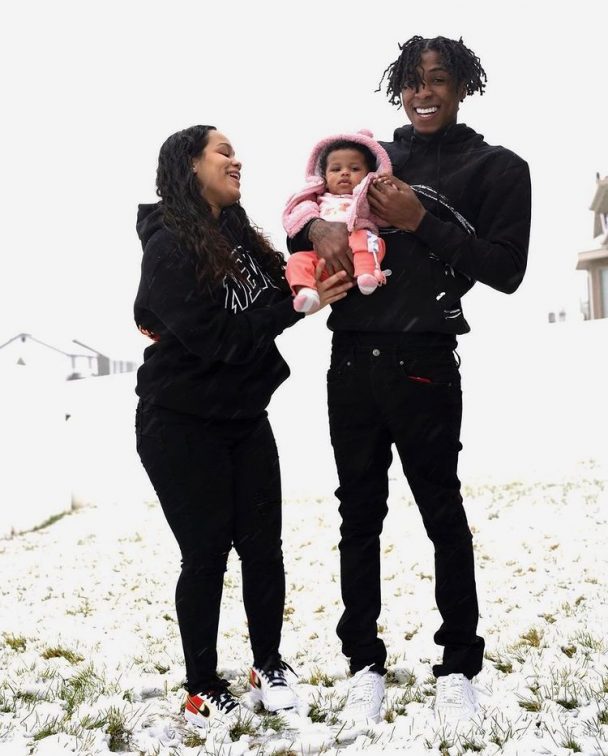 YoungBoy’s new song gives also gives insight into his thoughts about his relationship and fatherhood.

This current pregnancy with Jazlyn Mychelle is her second for the ‘Last Slimeto’ rapper. They have a two-year-old daughter who was born in 2020.

NBA YoungBoy announced months ago that he and Mychelle were engaged as he showed off the massive ring.

The ‘Colors’ rapper has not shared any news on the gender of the baby, but he has five sons and three daughters already.