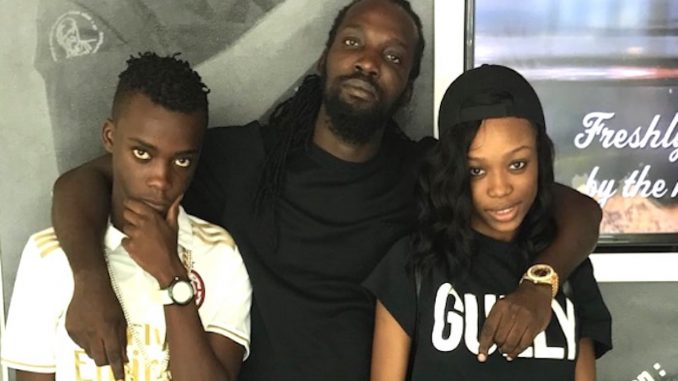 Mavado says “corruption” within the Jamaican justice system convicted his son of murder even before trial.

It is never easy for a parent to watch their children fail but, in the case of dancehall artiste Mavado, upon acknowledging the guilty verdict for his son, he took to social media to express gratitude to his fans for their support while also calling out the justice system. The dancehall singer’s son, Dante Brooks, was found guilty of murder, arson and possession of an illegal firearm in the Home Circuit Court in downtown Kingston this morning.

On June 5, 2018, Dante and his accomplice, Andre Hinds, were arrested and charged with killing Lorenzo Thomas in his home community of Cassava Piece, St Andrew. Eyewitness reports from the deceased’s father confirmed his son’s killers were from the same community. The killers attempted to sever Lorenzo’s head but aborted because the machete was too dull and quickly proceeded with the pyromaniac act to set the house and body ablaze.

In a statement via his social media page, Mavado detailed his anger and anguish about the troubling dilemma his son faces. Along with a photo of himself and a young Dante, he began, “Really would like to express my gratitude to all the Fans, friends and family who said positive and encouraging words throughout this terrible time.” He then let the full force of his rage be expressed writing, “Corruption corruption corruption Jah know star! Some ppl are so f**king wicked how could a man change his statement over 4 times, even went on the stand and said that the police alter his statement. The police came to my home and took my son from my house in Norbrook, lock up 5 other family members for no reason, which resulted in two of my family members losing their jobs because they were in jail for days without any charges. This man also went on the stand and said that these same police officers who carried out the arrest of my son & my family from my home are working for me and he feared his life. The same man who claimed he feared his life, still gave over 14 pages of statements? The inconsistencies inna this man statement only shed light on the corruption.”

In closing, he made a vow, “But I promise to fight for the lives of these Two innocent youths. It’s like my son was found guilty before trial, but I’m going to point out everything and the injustice one day at a time.”

It appears that Mavado will be appealing the outcome of the trial in an effort to get what he believes is justice for his child. At this moment, both fathers are in a tormented state, and supporters stand equally on both sides. Many fellow entertainment heads showed their support in the comments, such as Romeich, Tarrus Riley, and I-Octane.

On the other hand, it seems other members of the public are outraged with Mavado attempting to fight for his son’s freedom as one individual noted, “I’m sorry but BLACK people need to start taking accountability for BADNESS…why was his son even a suspect in this situation!…people always wanna talk up about how they been mistreated but never about how they got in that position!”

Dante Brooks and Andre Hinds were remanded into custody and are to be sentenced on March 10, 2021.