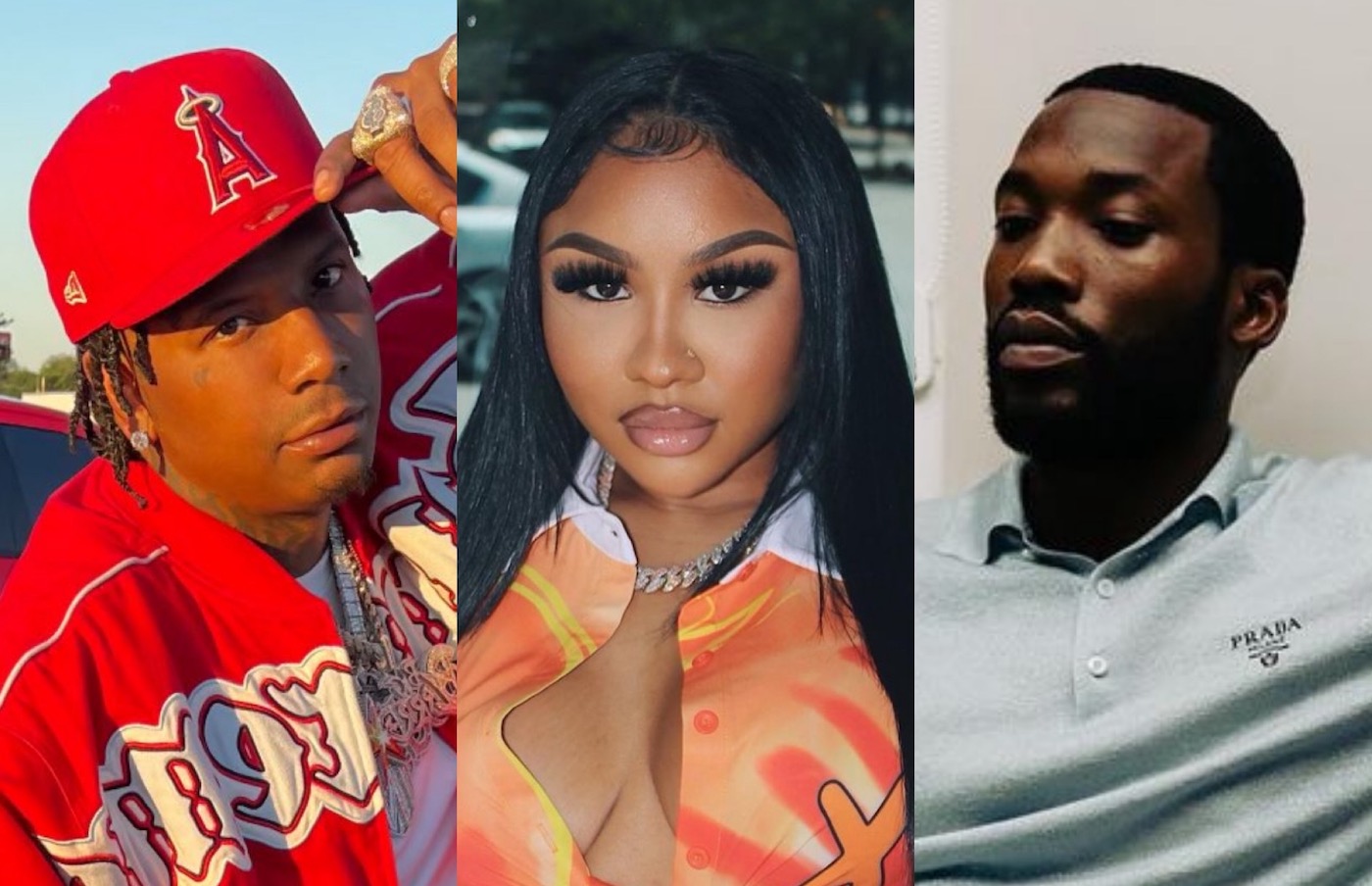 Moneybagg Yo has dropped a big hint that he’s expecting another child and Meek Mill stepped forward to deny he is dating Ari Fletcher.

On Monday, the CMG rapper posted a photo of a pregnant woman who is seen wearing a gold Rolex watch and a big diamond ring. Although he hasn’t confirmed the identity of the woman, social media users are speculating that Ari Fletcher is the woman in the photo. Her possible pregnancy comes as a surprise to many as it appears that the two recently broke up.

Moneybagg Yo and Ari Fletcher have been dating since 2019, and the pair were recently spotted at the launch of her make-up line two weeks ago. There are reports that Moneybagg was supporting her as just a friend as they are no longer together.

A tweet by Ari later also hinted that the two were no longer together as she wrote that she was now single and focused on her life. With her Lamborghini truck that Bagg gave her last year for her birthday being repossessed, there was further speculation that the couple’s relationship has deteriorated beyond repair.

Neither Moneybagg Yo nor Ari Fletcher has spoken about the state of their relationship, but there were reports last month that they are facing rocky times as he was allegedly spotted traveling to Columbia with another woman. Well, it seems that the hip-hop couple has managed to detract fans and followers who are interested in their lives.

The photo shared by Moneybagg on Monday afternoon on Twitter has some fans musing that it was curiously timed as reports surfaced prior that Ari Fletcher was spotted at the same hotel as Meek Mill.

Some IG blogs shared a photo of Meek Mill and another by Ari Fletcher side by side as it insinuated that they both were together in the same room. The post caption said they appeared to “have similar taste when it comes to hotel décor.”

Meek Mill later called out the blog for the suggestive post.

“Take this cap down.. and I don’t mind immediately follow up on n***s old ladies that’s good wit me… It’s a million women outchea and it’s fashion week chilllll,” Meek responded to the post.

Moneybagg Yo later deleted the picture that was posted and has not responded to the questions by fans.

In the meantime, the photo has been scrutinized by fans who concluded that it is Ari as the diamond ring is the same as the one that she shared that Moneybagg gave her in February, and a red tattoo on her hand is also identified as one she has.