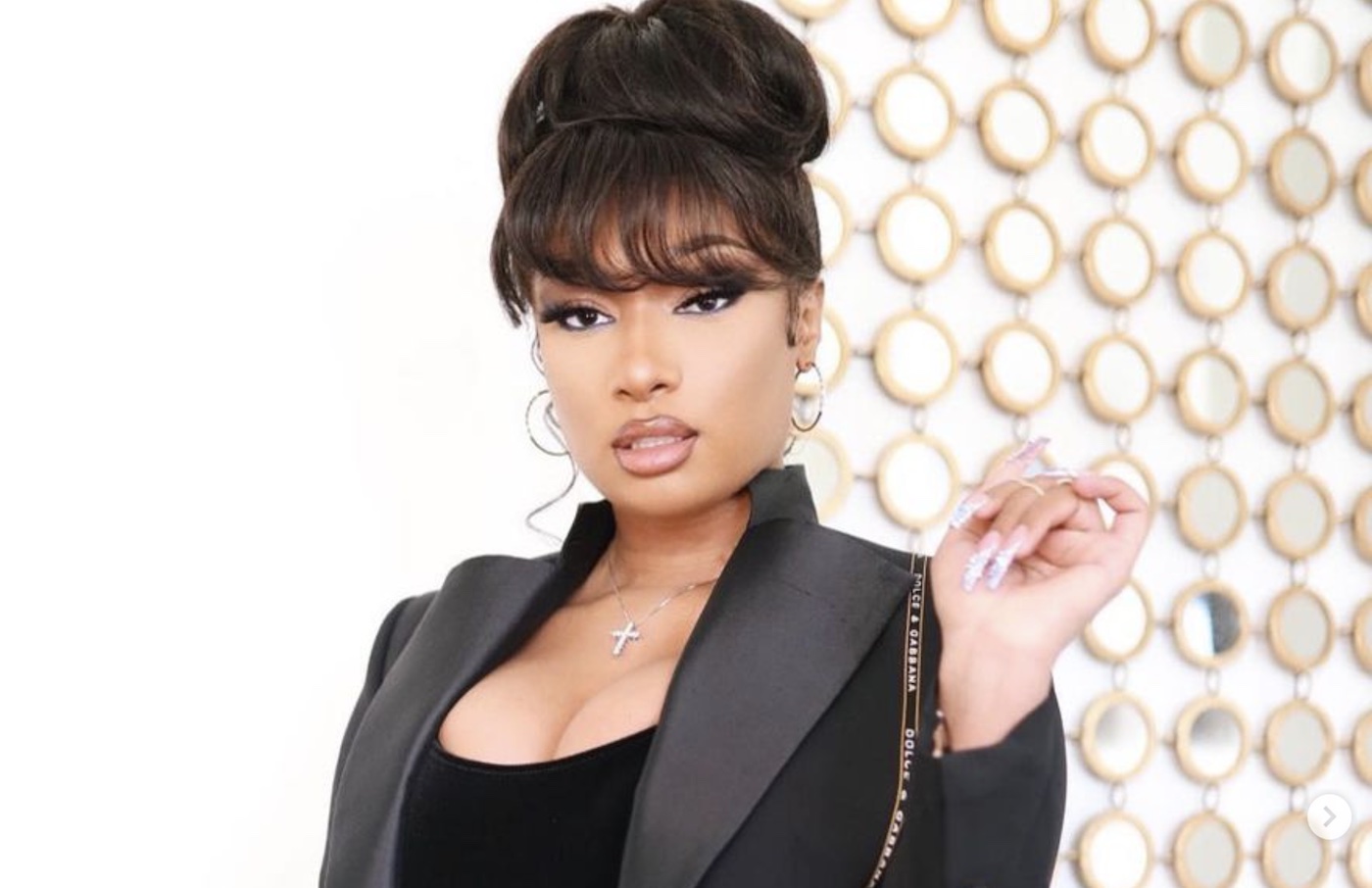 Megan Thee Stallion offload on Twitter on her label boss Carl Crawford as they continues to battle it out in court.

Carl Crawford’s 1501 Certified Entertainment has responded to Megan Thee Stallion’s lawsuit that her project ‘Something for Thee Hotties’ should be considered an album as she seeks to bring her contract with the label to an end.

On Monday, 1501 filed a countersuit as part of its reply to Megan Thee Stallion claiming that ‘Something for Thee Hotties’ released in 2021 was not an album and wanted a judge to determine whether the project was an album. The label claimed that the 21-track project shouldn’t be counted toward their contractual agreement.

The label claims that ‘Something for Thee Hotties’ is a compilation of older material made up of 21 recordings and includes spoken interlude recordings on which [Megan Thee Stallion] does not appear as well as several previously-released recordings.”

The labels claims that there is 29 minutes of new material, which “was described in the music press as a compilation record of archival materials and some new recordings.”

The label is contending that contrary to Megan’s claim, she is owed the label not one but two albums if ‘Something for Thee Hotties’ was not considered an album.

Megan Thee Stallion is being represented by attorney Brad Hancock who told Complex that the countersuit by 1501 was absurd.

“This is yet another absurd attempt by 1501 to disregard Megan’s album and squeeze more money and more free work out of her for as long as possible. We will ask the court to protect Megan from this type of abuse,” Hancock said.

The label is being represented by Steven Zager, Lohr Beck, and Lauren Newman of King & Spalding LLP.

The label claims that they also only knew of the release hours before it came out and that they had no input and was required to grant permission in relation to the project.

It also rubbishes Megan’s lawsuit as “groundless because, as she knows, Something for The Hotties does not meet the requirements of an ‘album’ under the three contracts that she has signed with 1501.”

Megan’s initial lawsuit claims that the project did meet the definition of an “album,” which in her view of as no less than “forty-five (45) minutes in length.”

“There are no other parameters or requirements under the contract for what can be deemed an ‘Album’ other than total run time of the album,” the initial lawsuit read. “As such, Something for Thee Hotties satisfies her ‘Minimum Recording Commitment’ for the second option period of the agreement. To protect herself, her music, and her artistic choices, Pete has been forced to bring this action to seek a declaratory judgment to that effect.”

“First the man over my label said I don’t make him any money … now he counter suing trying to keep me on his label because he wants to make more money lol if I ain’t making you no money why not just drop me?”

Meanwhile, Megan claimed that she has to address some concerning things her lawyer discovered, including an expense reported supposedly for her, which turns out to be monies funding someone’s jewelry at the label.

“My lawyers asked him for an expense report(money 1501 supposedly has spent on ME)… why this grown ass man put his jewelry and chains on there… lord free me from this joke ass label,” she claimed.

Megan also said she was forced to address issues out of court as she was “tired of being painted the BAD GUY 2/47”.

The matter between the rapper and her label has been getting messy as Megan Thee Stallion claims that she should be released from the contract as 1501 has all to gain but has not assisted or contributed to her ongoing success as a rapper.

On Monday, the rapper scored her eighth Top 20 Billboard Hot 100 songs proving her marketability and dominance as an artist in the music space.

I choose not to say nothing back abt court and address shit online but im getting tired of being painted the BAD GUY 2/47 the last girl on 1501 mad at this man too !

Carl I don’t wanna be signed to yo pill popping ass! You talking abt I ain’t paid for a show and you sound slow. Im the artist I don’t pay you directly maybe fight with THE MAN YOU SIGNED TO AND YOU MIGHT SEE SOME MONEY YOU FUCKING POWDER HEAD! You hiding behind JPRINCE

Carl you got a wholeeee contact with 300 and talking shit to me like I got yo fucking money! You are ATTACKING ME ..why? Bc you want to be FAMOUS NOT RICH. Ask KEVIN LILES WHERE YO MONEY AT STUPID

Also, how can I owe you any of MY money out side of music when your team can’t even provide ACTUAL statements of what i owe… you also haven’t PAID ME since 2019. Your team signed off on SOMETHING FOR THE HOTTIES to count as an ALBUM now it’s not? Jokes

People love bringing up roc nation 😂 like hell yeah my team is great am I supposed to have a bad one?… and what abt it bitch