In a lengthy Instagram post, the wife of comedian Majah Hype alleges that she has been battered and abused by the comedian during their relationship. In her #WomenWednesday chat with her fans, she laid bare the shocking abuse allegations in an emotional speech.

Majah Hype last week suffered a mild heart attack and was hospitalized. He later revealed that the cause of his heart attack was because he had been stressing over “certain things.” Now, it seems that problems within his relationship might have been affecting the comedian.

Majah Hype’s ex, whose name is Latisha, a Brooklyn resident, took to Instagram to apologize to friends and family who she isolated herself from because she says she was unrecognizable after being beaten by Majah Hype and couldn’t answer her facetime calls as she hid the abuse that she says has been going on for years.

“I wanna apologize to my mother, my son, my sister, to my niece, to my friends. I detached myself from the people that loved me the most for a long time. I owe you guys the biggest apology. What I’ve been going through, the average person doesn’t go through that in a whole lifetime. I’ve been keeping it a secret for a long time. Hiding abuse is a full-time job. You have to detach yourself from your loved ones, so they don’t know. I did that for a long time.” 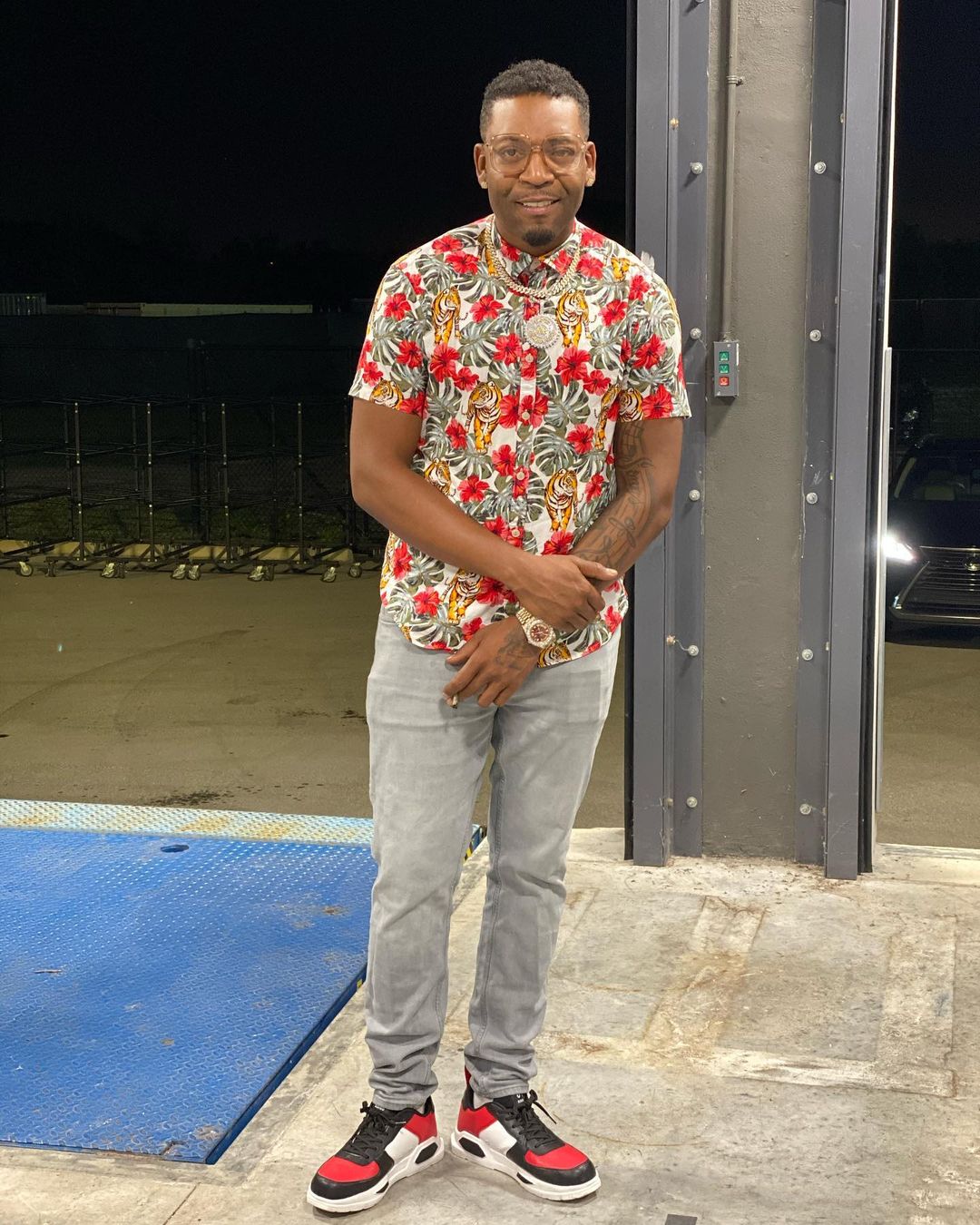 She says that she has had enough. “I protected someone that abused me for a long time, but tonight is about my healing, me taking my power back, and me no longer protecting the person that has been abusing me.”

It’s unclear how long the relationship lasted with Majah Hype, but it seems that problems started in December when the comedian took to social media to rant. There is also a child involved, which is shared by the couple.

His wife says- the abuse went on for a long period of time, and she went back to him several times in spite of the abuse. “I’ve been through a whole whole lot of things…the manipulation and everything stops now.”

She says since she has ended the relationship, fans of the comedian has been bashing, slandering, and inboxing her with allegations that she was only with Majah because of his money. “If me leaving because I don’t like being abused means I don’t love you, then I will leave because I love myself more.

She outlined the gravity of the abuse she has suffered, which includes physical violence as well as emotional and psychological abuse from the comedian.

“Imagine having to hide your bruises, and you’re being battered from your family, imagine after being abused and assaulted, you have to console the person that hurt you because now they’re distraught. They want to harm themselves. So now You don’t have the chance to heal, you don’t have the chance to be upset…imagine after going through all those things, you still have to have sex, you’re still expected to be delightful like there’s nothing wrong with you when your face is unrecognizable…”

A post shared by Im So Majah Da King! (@majahhype)

The woman became emotional as she disclosed that she received no support from close friends who knew about the abuse. “Imagine people know in your circle what’s going on with you and their first question is ‘well what did you do.’” She broke down as she said she didn’t deserve to be treated like that and the occasions of abuse were not few and far but very often.

She also refuted claims that she cheated during the relationship. Over the weekend, the comedian took to social media to rant and threaten an unnamed soca artiste who he said his ex cheated with, and he threatened to “lash” the soca artiste if he saw him.

Meanwhile, she was adamant that she would be returning to the relationship as she insisted that she was putting a stop to the manipulation, abuse, control, and sexual abuse she suffered. She also called out Majah Hype, “you can continue pretend to be who you are but I know the truth and I’m not keeping any secrets anymore.”

The woman also said she didn’t think that she could have been a victim of domestic violence, but after years of living a lie, she is now on a healing journey as she mends the broken relationships in her life.