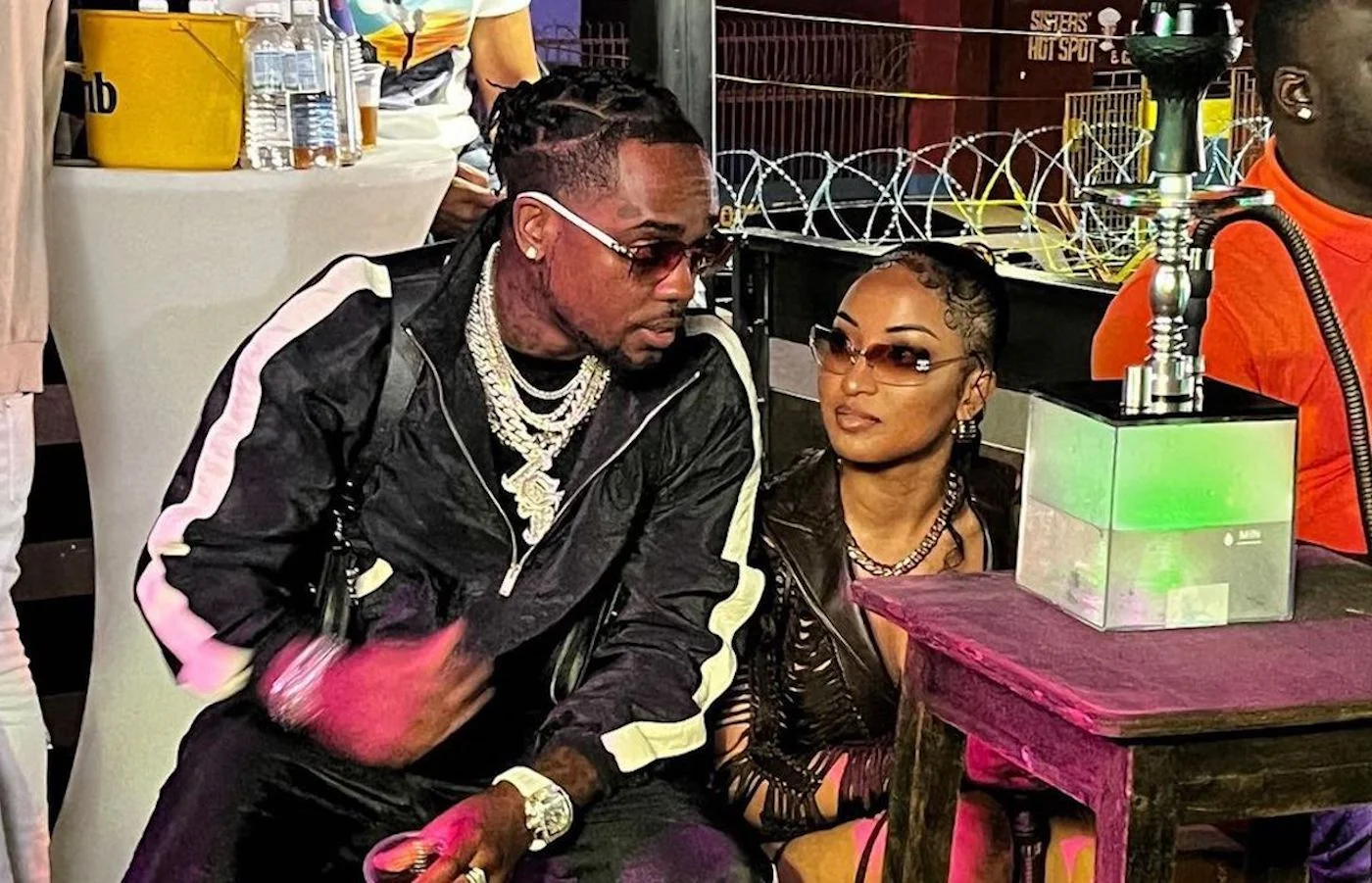 London On Da Track has issued a response to his baby mother, Eboni Ivory, who recently launched an attack on Shenseea and her 7-year-old son, Rajeiro Lee.

Eboni’s remarks on Instagram sparked a conversation around parenting and what to put on social media, and what not to. Nevertheless, Eboni insisted that she is only going public with her allegations because the adults involved were not addressing the matter. Still, that didn’t help as the backlash from Shenseea’s fans continued.

After a few days of silence, London On Da Track issued a response on Twitter, calling her out for what he calls using their child for clout and financial gain. “Using any child for money and clout is just insane.. disgusting. If you have a issue with me deal with me stop using innocent children to get fame and money,” he tweeted on Friday (November 18).

In her response posted on her Instagram Story, Eboni accused London of trying put her on child support while alleging that he is only paying her $2000 in child support. “London tried to put me on child support twice like a real sissy,” she wrote. “So Fulton co put him on papers he pays 2000$ a month when he wants too. Y’all look it up he stays in contempt for not paying those lil 2$.” 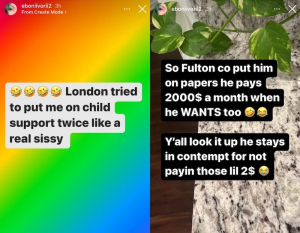 Shenseea has not directly addressed the accusations levied against her and her son, but in a birthday message to him shared on IG, the Jamaican singer makes it clear that she is not the type of person to let anything pertaining to her son slide.

“Aint NOTHING gonna slide as long as i’m alive when it comes to u boy,” she wrote.

Meanwhile, Shenseea appears to be brushing off the social media shenanigan by showcasing her new Lamborghini Urus. The dancehall star shared a few photos of her latest acquisition while dropping some motivation for her fans. “Sometimes I do it To show you it’s possible,” she said.

Although they never publicly confirmed their relationship, Shenseea and London On Da Track have been rumored to be dating for a little over a year after they were first spotted together at a mall shopping.