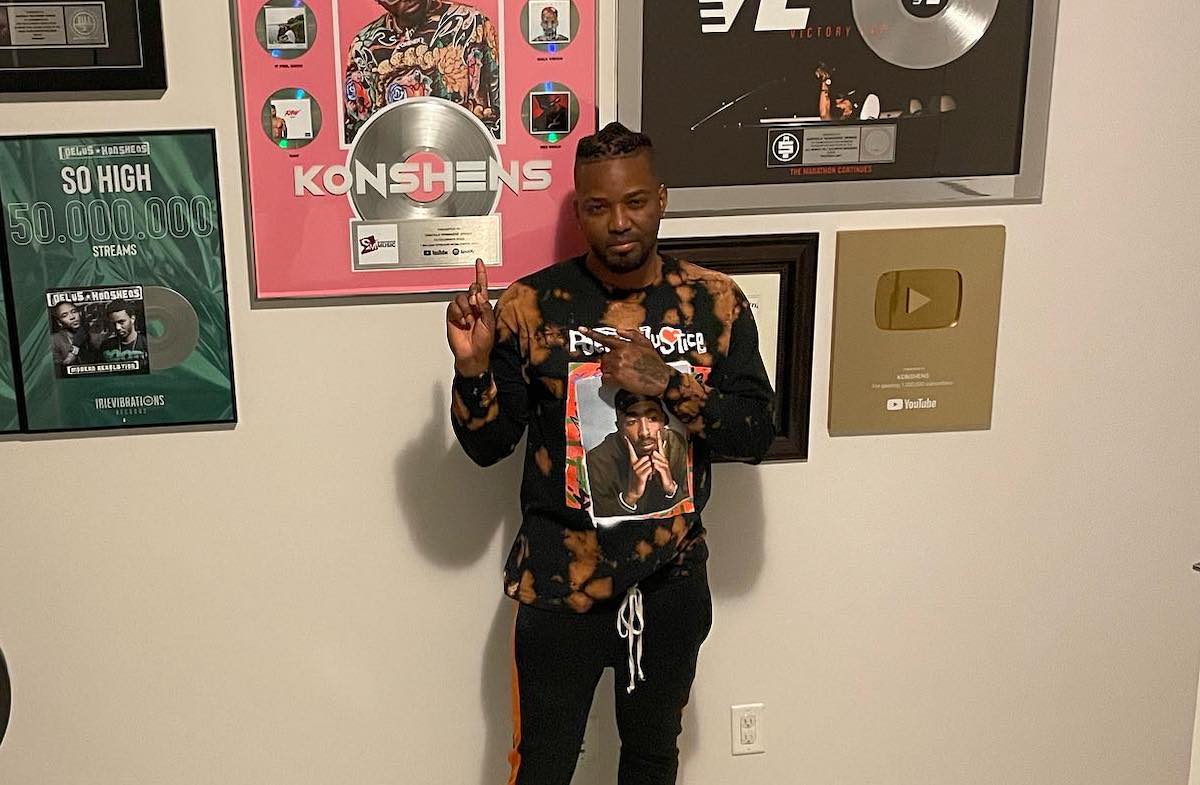 Konshens joins a handful of Jamaican artists with more than 1 billion streams worldwide.

The dancehall Superstar is celebrating a new milestone as he recently entered the billion streams club. The “Gal A Bubble” artist received a plaque commemorating the achievement. A statement from Konshens’ publicist said that he amassed over a billion streams worldwide, comprising mainly of YouTube and Spotify streams.

The achievement is even more impressive as other platforms like Apple Music, Tidal, and Amazon were not in the tally. The artist recently concluded his sold-out European Tour, where he headlined several major Reggae, Afro, and Latino music festivals. Konshens also popped up at mainstream European clubs to perform and meet and greet fans.

The artist says he’s grateful for the continued support from fans and promised to continue making music for the fans.

“I’m happy to reach such a milestone and thankful to have great fans that love my music across the globe,” Konshens said in a press released sent to Urban Islandz. “I’m very much aware that there’s a long way to go and the legends I look up to are my daily reminders. I’m just looking forward to what’s next and where my talent and love for this music will take me next.”

In the meantime, fans can keep up with the artist through his latest single, “Gyal Time Again,” featuring Charly Black.

The artist also teased that he is gearing up to drop more exciting new singles and collaborations across multi-genres. He is also preparing for Pinknick in Antigua after recently performing in Toronto (Canada), where he headlined back-to-back sold-out nights at Toronto Jerk Fest.

Konshens burst onto the dancehall scene in 2005 and has gone on to cement his name in the industry as a true icon in Dancehall, Reggae, and the global music fraternity.

The artist is well-known for his hits like “Bruk Off” and 2017’s “Turn Me On,” to name a few, which all helped him to elevate Dancehall and Jamaican music to the world.