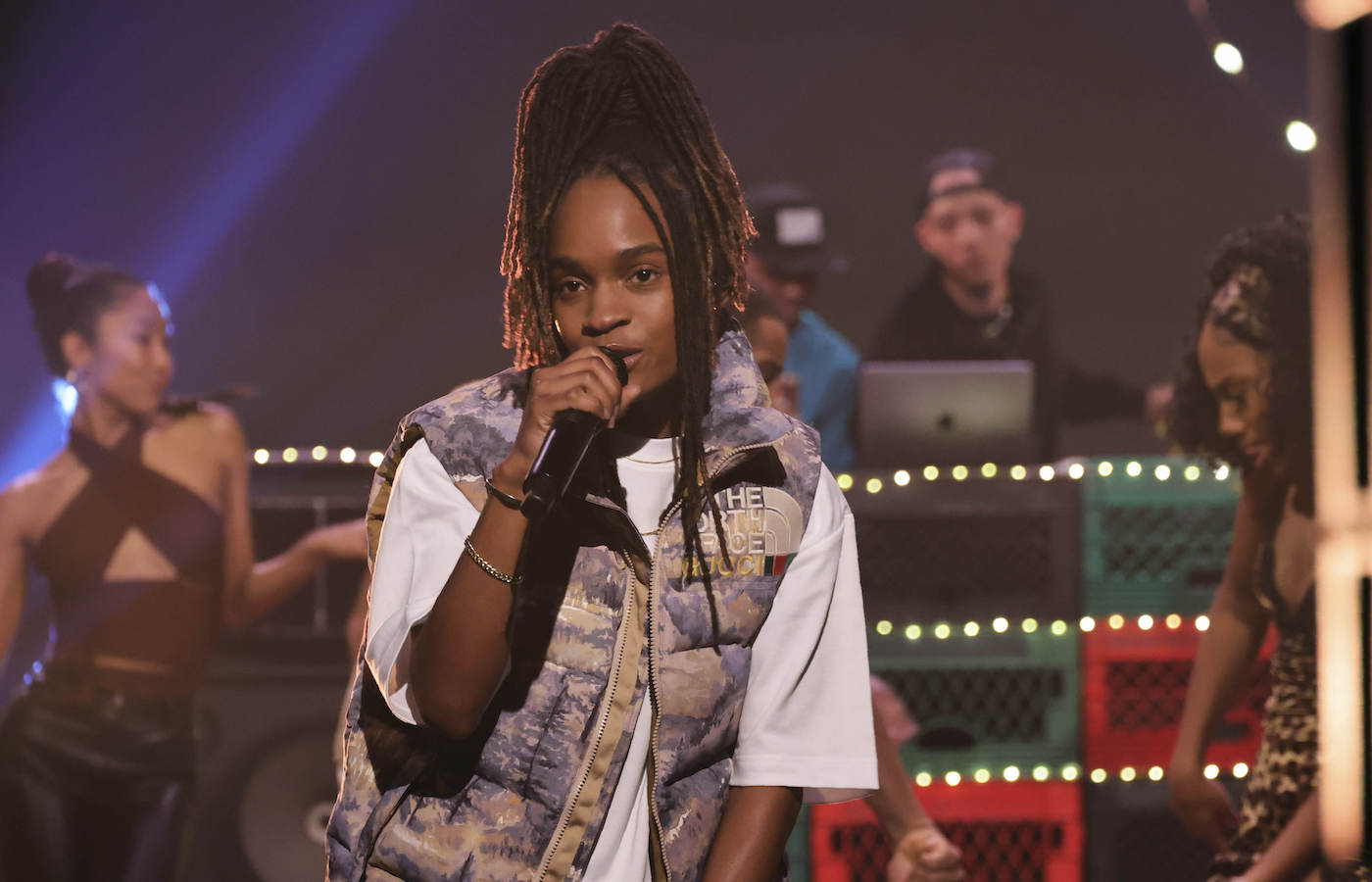 Koffee is in album promotion mode for her upcoming album Gifted, and one of her first stops was on The Tonight Show with Jimmy Fallon, where she performed her single “Pull Up” from her long-awaited debut album.

Koffee is no stranger on the big stage, but the Grammy-winning artist is set to take on North America for her upcoming Tour for her debut album.

The 21-year-old reggae and dancehall artist was only a musical guest on The Tonight Show, and this is one of her first public performances for “Pull Up,” which was released earlier this month as part of her album promotions.

Koffee’s performance lasted 3:30 minutes with a live set by Deejay sensation Chromatic Live and was complete with a mix of backup dancers. The artist herself is styled in camouflage loose cargo pants and a matching colored puffer jacket with an inside loose white T-shirt.

Koffee’s locks are stylishly pulled up into a high pony, and she is seen wearing very modest makeup.

Fans online shared their joy at seeing the young artist being on one of the biggest platforms for artists.

“Omg, I got so emotional the first few seconds, just seeing the Jamaican culture implemented on one of America’s biggest talk shows. Seeing di selector pull up di song an a reply it an ting remind me a di dance dem weh keep dung ere. Dem cyaa understand weh she a seh, but di vibes de dere,” one of Koffee’s fans said on YouTube.

“This song hasn’t grown on me yet but I’m so proud of how far she’s come, is like a yesterday mi jus a hear burning pon di radio. Love her music and how, clean, inspirational and fun it is. People don’t understand that the Integrity of music should be preserved for the youth. That’s the only way we get TIMELESS music. no slackness just good message or pure vibes(ie: Vybz Kartel – Coloring This Life ) I hope her label don’t pull the “good girl gone bad” thing with her,” the fan added.

“I knew Koffee before any of you knew Koffee. I’m stupid proud of her, I’m screaming,” another fan said.

‘Gifted’ is set for release on March 25 via Sony Music UK and RCA Records. The debut album follows her Reggae Grammy-winning EP Rapture, which includes hits like “Lockdown” and “West Indies.”