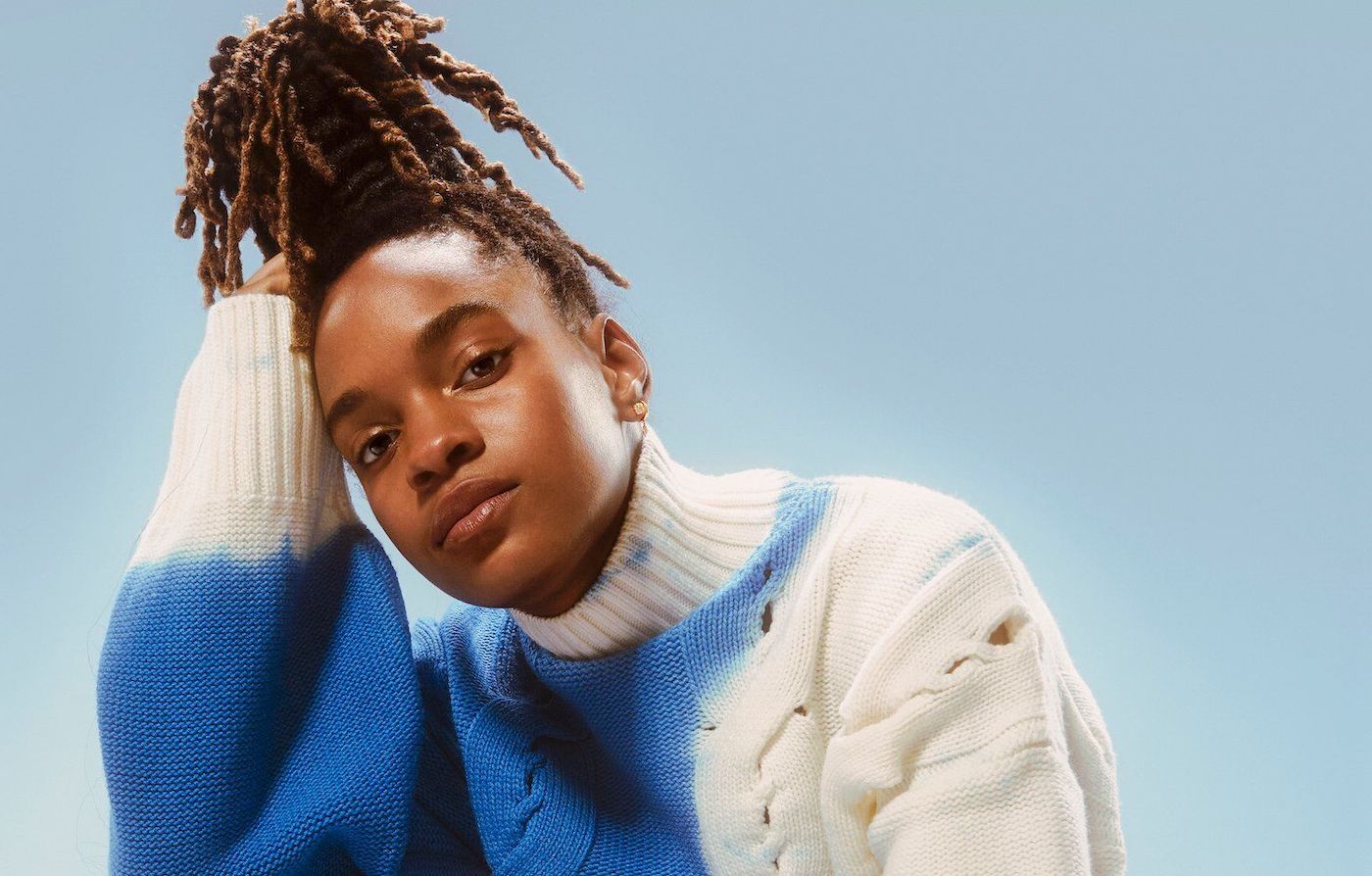 On a mission to sprinkle a little black girl magic across the world and play her part in spreading the message that music can become a positive vibration that can heal hearts, mend relationships and just generally put people in a happier mood, Grammy girl Koffee is ecstatic to tell fans that her debut album Gifted is out and available as she feels it is a gift that will keep on giving. The album was released on Friday, March 25th.

Koffee, whose real name is Mikayla Simpson, took to Instagram to share the good news along with the album cover of her in a side pose dressed in a white sweater with blue piping and her locks done in an upsweep, looking upwards as if trying to generate even more inspiration from the man upstairs. The caption read,

“My debut album Gifted is out now! I think it is important to inject a positive energy into the world and that’s what I’ve channeled into this album,” she said. “Thank you for all the support! Thank God for keeping and loving me! We have life, we are blessed.”

From a high schooler who used to make videos of herself singing that caught the attention of track titan Usain Bolt who then reposted them on his social media pages, Koffee’s raw, natural talent could not be denied. The now 21-year-old has become the reigning princess of reggae since bursting on the scene in late 2018 with the smash hit “Toast” which not only was played everywhere but was the unofficial graduation song of many Jamaican educational institutions from basic schools all the way up to universities.

Since dropping her Grammy-winning EP Rapture, the “Lockdown” entertainer has continued to fly the Jamaican flag far and wide and has been hailed as the new face of things wholesome and good about an industry that is generally viewed as too jaded, too violent, too controversial and too raunchy to be everybody’s cup of tea. Koffee has been able to avoid this pitfall, transcend the stigma, and therefore has received mainstream endorsements from major brands such as MasterCard and Clarks.

Gifted, the new 10-track album features something for everyone, especially those in the Diaspora who are missing ‘Yard’ and need a little reminder of how despite our size and all of our many challenges, there simply is no place remotely comparable to ‘Jamrock.’ With Gifted, she provides some fresh sounds and clear and crisp vocals; hence listeners, especially those who are unfamiliar with the Jamaican accent, can still understand and decipher every word that she sings.

Koffee pays homage to her island’s heritage on tracks such as “X10” and “Lonely”, which are nods to Bob Marley and lover’s rock, respectively, while the JAE5-produced singles “Pull Up” and “Shine” encourage people to never give up on their dreams no matter their present situation. Already popular anthems such as “Lockdown” provide social commentary about what is happening in the world, while “West Indies” will rally Jamaicans to embrace that patriotic spirit and represent strong with their black, green, and gold.

When asked about how her album will contribute to the sustainability of the reggae genre, Koffee explained to Apple Music that while she is not naive enough to think that she can change the world, she does believe that positive music can make a difference, even in small incremental ways such as changing the mindset of the youth who are impressionable and need good role models.

“I know one song won’t change everything, but all I have is my voice so that’s what I’ll use to speak out,” she said. “I might not be affected by certain injustices directly, but living in a place like Jamaica, you can’t avoid the truth of it. There are youths here that have grown up with violence right on their doorstep, and I’m not just representing myself now—I also must speak out for them.”