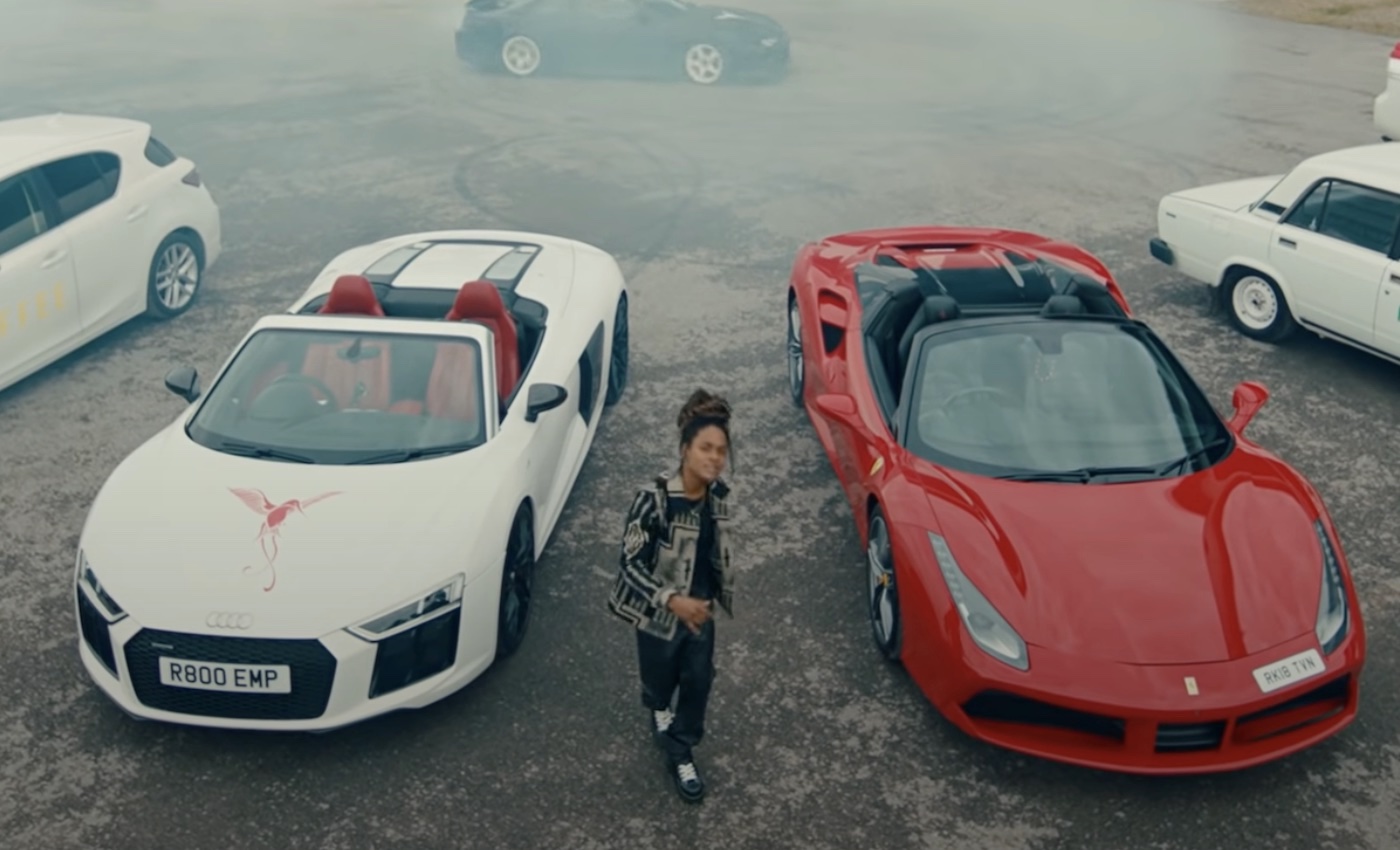 Koffee reveals the release date for her debut album, Gifted, while dropping off a high-octane video for her first single off the project, “Pull Up.”

The 22-year-old shows just how to live life on the edge in her new music video “Pull Up.” The singer teased the clip last Thursday and was prompt in keeping her promise of releasing the high-energy music video a week later. Car enthusiasts will no doubt feel the rush and excitement as professional drivers perform drift stunts in this KC Locke-directed music video shot outside of Jamaica.

Another factor that will capture the imaginations of car lovers is the various makes and models on display in the video, including some classics like Lada from back in the early 90s. Toyota Prado, Audi, Ferrari spider, Mercedes Benz G Wagon, Toyota Lexus, and a Renault Lada all make appearances, with Koffee loving on each one of them. The multi-layers video also captures Koffee dangling herself from the windows, trunk, and hood of the stunt cars while she grooves to her brand new single “Pull Up.”

The track is from her debut album Gifted which is expected to hit shelves and streaming services this March. Koffee shared the actual date of March 25, 2022, in her recent promotional video for “Pull Up.”

“It’s my pleasure to announce that my debut album ‘Gifted’ will be out on 25th March! Thank you for rocking with me! You won’t be disappointed. Love to everyone. LET’S GOOOO!!!,” she wrote.

Koffee had previously released her debut EP titled Rapture in 2018. The project went on to secure her a Grammy win over the likes of Julian Marley’s As I Am; The Final Battle: Sly & Robbie vs. Roots Radics, Mass Manipulation by Steel Pulse, and More Work To Be Done by Third World at the 2019 Award show.

While the singer has not shared her Grammy ambitions, it could definitely be on the cards for the youngest winner in the Reggae category. Koffee is not the only one dropping project in March as dancehall artist Shenseea‘s debut album ALPHA arrives on March 11, 2022.

“Pull Up” is shaping up to be another certified hit from the original Koffee. Peek a few of the lyrics below before you check out the video.

“I don’t play you will never find another like me/You should know you made my day/and I lost woes when you came my way/And you change my mood, how you so rude/Dem a try push up intrude/But you well settle and smooth,” Koffee sings.