Kodak Black is making moves to reclaim what he says the Florida Highway Patrol officers took from him during his arrest on July 15.

According to TMZ, the rapper has applied to a judge to have his Dodge Durango and $74,960 in cash, which was seized during a drug arrest on July 15, returned to him. The publication used filed legal documents as its source.

The “Silent Hill” rapper’s lawyer, Bradford Cohen, confirmed the information and said that Kodak could irrefutably prove that the car wasn’t involved in any illegal activity. According to him, it’s also registered to Kodak’s Sniper Gang label.

Cohen also claimed that there is just no legal basis for the police to hold the vehicle, especially since Kodak Black has already turned over the prescriptions for the 31 Oxycodone pills found in the vehicle.

As it pertains to the money, the attorney explained that there was a reason he had close to $75,000 on him. He claimed that he had the money because he’s an entertainer and that having liquid cash simply comes with the profession.

He also said it was in line with Kodak’s usual spending habits as he usually requires large amounts of money to pay for several tour expenses, which he most times prefer to do in cash. 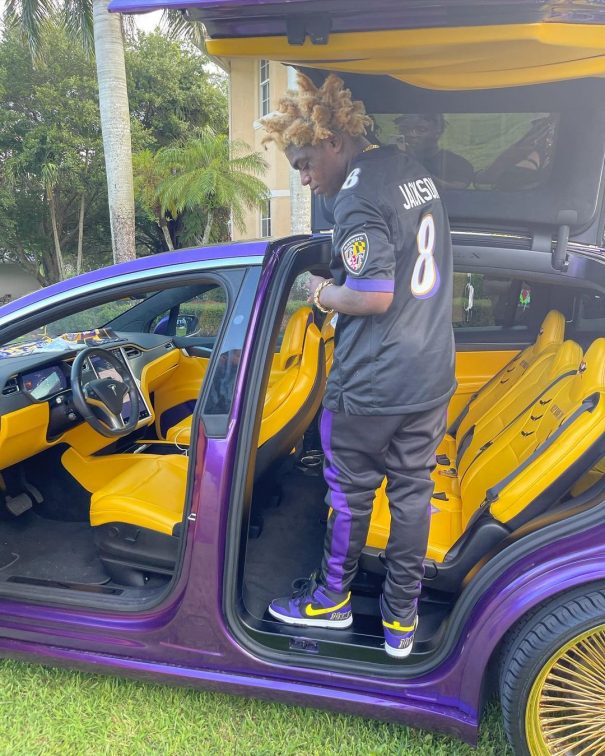 When Kodak Black was arrested, he was understandably very upset and said he felt he was being targeted.

“‘Hey I’m Officer Pinky D*ck The One On The News For Arresting The Rapper Kid With The Big D*ck And Alotta Cash. Yea My Daughter Talks About It So Much I Had To Pull Em Over So I Can Feel It Myself .. No Lie Bro Felt Like He Had A Shotgun In His Front Pocket,” he tweeted at that time. The tweet has since been deleted.

Besides the fact that he feels targeted, the fact is another arrest could see him go back to jail for violating the terms of his probation. In 2021 he was pardoned by then President Donald Trump but on supervised release until 2024, meaning he is supposed to avoid drug use and obeys all laws.

Kodak Black could face even more jail time, an extended supervised release period, or both if convicted.

Even with his legal troubles, he still took the time out recently to fire back a shot at NBA Youngboy in an ongoing beef between the two rappers.

After being trolled heavily by Youngboy fans, Kodak hit out at them on his favorite social media platform Twitter. He made the post after NBA fans went after him after he said that the “Bestie” rapper’s music was “mid.” Kodak described them as irritating after they started posting “YB better” on almost all of his posts.

After that, NBA YoungBoy stood up for his fans and said that anybody who didn’t like them was a “p***y.”

Kodak, didn’t take too kindly to that, and last night (Aug. 14), he again returned to Twitter to go off on NBA YoungBoy and his fans.

Shortly after that tweet, Kodak’s profile was disabled, and so far, there’s been no response from Youngboy.