The Paramount film has been in the works for over a year now, with Reinaldo Marcus Green taking on the director role and will focus on the making of the reggae legend’s classic album, Exodus. Although there were a lot of controversies surrounding the casting of a non-Jamaica for the lead role of Bob Marley, British actor Kingsley Ben-Adir is settling into the role.

This weekend Daily Mail shared some images of Ben-Adir on set in London, and fans are raving about them. The actor was spotted surrounding a group of paparazzi and fans wanting to get autographs while carrying an Adidas leather bang in one hand. He donned a green jacket, blue bell foot denim pants, and a red, blue, and white sweater. The actor also wore the traditional green gold and red rasta tam as he made his way through the crowd to hop on a bus while obviously being the center of attention. According to the Mail, the

In one photo, Ben-Adir was sitting on the bus, looking like he was in deep thought. After wrapping up filming in London over the next few weeks, the film crew will head to Jamaica next to continue production. Sources say filming will be done in Trench Town and other sections of Kingston, including at the Tuff Gong studio.

Bob Marley’s widow Rita Marley, as well as son Ziggy Marley and daughter Cedella, are the executive producers of the biopic. Cedella is the head of Tuff Gong Records, the production company that is partnering with Paramount for the film. The label was founded by Bob Marley in 1970, where he subsequently released all of his music.

Kingsley Ben-Adir was handpicked for the lead role earlier this year, leaving a lot of fans of Bob Marley fuming, particularly Jamaicans who thought that the lead role should be played by someone from the island. Bob’s son Ky-Mani Marley had also expressed interest in playing his father in the film. Some fans thought it was a no go casting someone who is not of a musical background. Director Reinaldo Marcus Green addressed those concerns earlier this year, saying he was more interested in the Peaky Blinder actor’s acting skills. 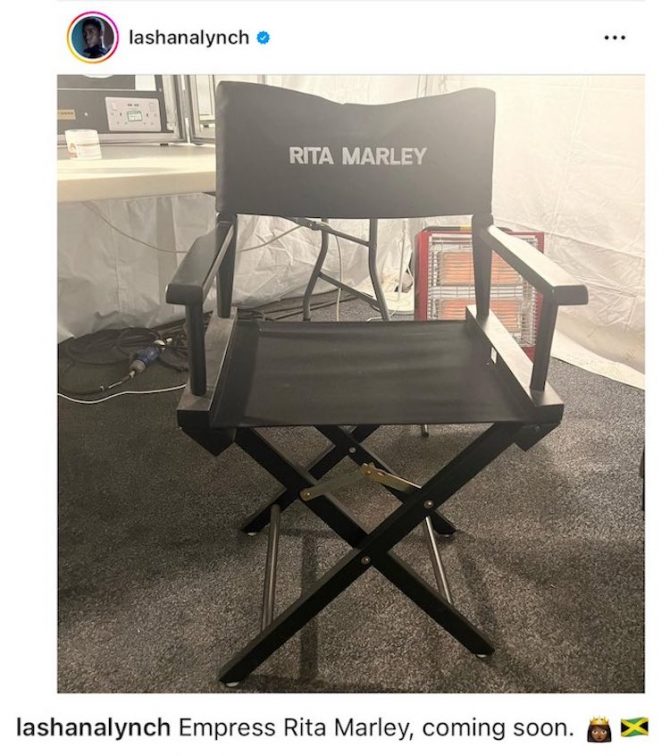