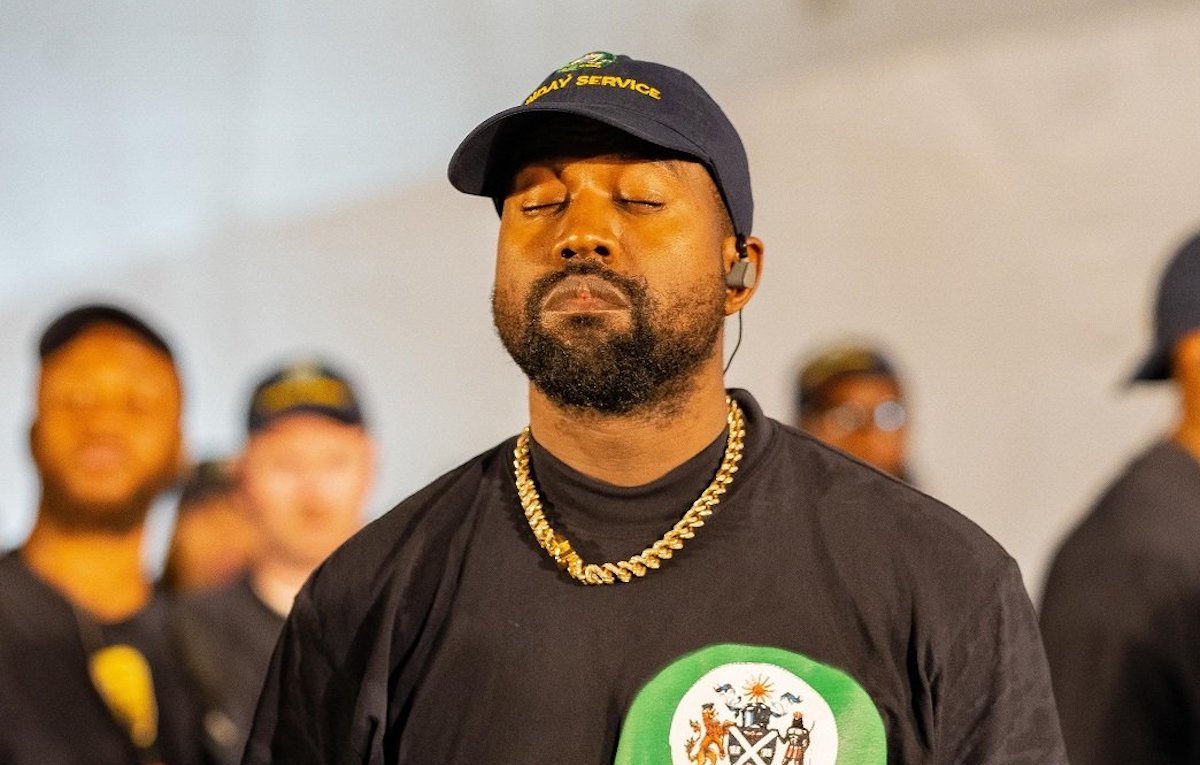 Kanye West casually walked into church on Sunday, some weeks after he was reported missing by his former business manager, Thomas St. John.

Urban Islandz reported last year December that St. John has been searching for the embattled G.O.O.D. Music rapper to serve him legal docs in a $4.5 million lawsuit. Considering that Kanye West has been kicked off social media for the past several weeks, fans struggled to believe that the missing claims were true.

Some folks said that the rapper was just laying low for a while after a few months of chaos, including losing his Adidas Yeezy deal and his reported admiration for Hitler, and a bitter divorce from his ex-wife Kim Kardashian that saw him having to shell out $200,000 per month for child support.

According to folks on Twitter, Kanye West was spotted outside a church wearing a green jacket and denim pants as he appeared to be in conversation with two other men, Hotnewhiphop reported. This marks the first time that fans on social media are seeing the rapper in weeks, and perhaps now his former business partner can try to track him down.

Is Kanye West planning to revive his Sunday Service?

Prior to getting canceled, Kanye West was holding Sunday Service, his weekly gathering that combines elements of a traditional church service with music performances, from around January 2019. The event, which was invitation-only and has been held in various locations around the United States and even in Kingston, Jamaica, has garnered a lot of attention and has been praised for its inclusive and accepting atmosphere.

West, who says he is a devout Christian, said Sunday Service was about “connecting people to God through the arts.” The events typically feature a choir singing gospel-inspired music, often with a twist. West has been known to incorporate elements of hip hop and other genres like dancehall and rock into the music, making it accessible to a wide audience.

In addition to the music, Sunday Service also included a sermon or message from Kanye West or one of his guest speakers. These messages often focus on themes of love, acceptance, and forgiveness and have been described as uplifting and inspiring by attendees.

Sunday Service has attracted a diverse group of people, including celebrities and regular attendees. The events have been described as a place where people can come together and find a sense of community, regardless of their background or beliefs.

Overall, Kanye West’s Sunday Service has been praised for its ability to bring people together and provide a sense of hope and inspiration. It has also helped to raise awareness about the importance of faith and spirituality in today’s world.

Perhaps Kanye West is planning to bring back the weekly initiative now that he has more time on his hands.